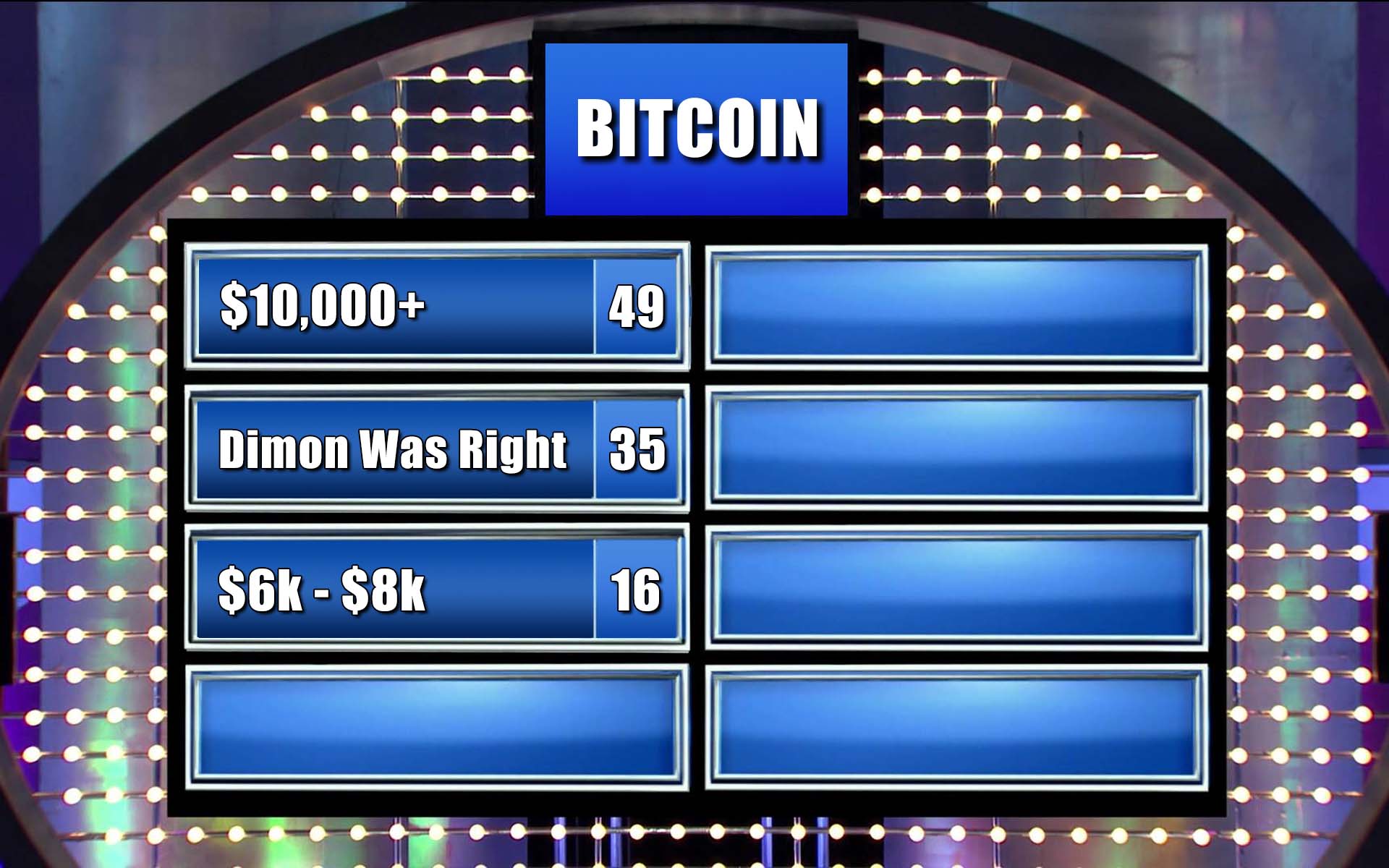 A survey undertaken by CNBC suggests the majority of those surveyed believe Bitcoin is heading to and above $10,000.

Optimistic Bitcoin speculation is rife especially in recent weeks as the popular digital currency again spectacularly rose from what many believed to be an epic crash from nearly $5,000 to lows of $3000 before bouncing up towards $6,000. Michael Novogratz of Galaxy Investment Partners, speculated last week that it would reach new highs in the next six to ten months, predicting a $10,000 Bitcoin accompanied by a new wave of eager investors.

A recent CNBC survey indicates the same with 49% of its respondents (out of a total 23,118 people) agreeing that Bitcoin will reach $10,000 and above. The other options on the surveys were “Jamie Dimon is correct, you’ll pay the price for buying” (receiving 35% of the vote) and a speculation that Bitcoin’s price would fall somewhere between $6,000 and $8,000 (voted for by 16% of those polled).

JP Morgan CEO Jamie Dimon’s comments on Bitcoin preceded the coin’s recent and short-lived crash. He claimed Bitcoin was a “fraud”, his words also coinciding with news of a potential Chinese crackdown on cryptocurrency exchanges.

Jamie Dimon’s comments concerning Bitcoin’s value come as JP Morgan appropriates the core open source “value” of the blockchain, the underlying technology behind Bitcoin, for their own.

When it comes to price estimation, the CNBC poll could quite easily be interpreted as being considerably conservative in its scope.

Mark Yusko, Founder & Chief Investment Officer of Morgan Creek Capital Management posted his $1 million dollar price estimation for Bitcoin in the long term. This level of incredibly bullish sentiment is not unprecedented when it comes to price estimation. The lens maybe long term but it recognizes Bitcoin’s potential which may have only been fractionally realized thus far.

Mark Yusko also later tweeted, that whilst $1 million may be “Best Case”, he thinks $500,000 is a more conservative estimate:

Just what is Bitcoin’s value? Are these predictions wildly incorrect? Let us know what you think in the comments below.