Bitcoin has been named the top performing currency of 2016. The rapid expansion of Bitcoin community over the past couple of years has led to an increased demand for the digital currency, which is being reflected in its price. The appreciation of Bitcoin’s value this year alone has made it one of the most favorable financial assets for investment purposes. Bitcoin IRA, the only “real” bitcoin retirement fund has opened up new avenues for those planning to secure their future.

Following its launch five months ago, Bitcoin IRA has received a great response which has attracted over $2 million in investments into new accounts. The overwhelming interest in Bitcoin-based investment vehicles including Bitcoin ETFs and Bitcoin IRA is driven by the fact that the value of most popular cryptocurrency is going to increase further in coming years. This level of optimism is not without any reason as the supply of Bitcoin is limited, but not its applications.

However, Bitcoin IRA stands apart from Bitcoin ETFs in various ways. The first one being the asset itself. While those investing in Bitcoin IRA will be owning their investment’s equivalent in bitcoin, others will be left with investment vehicles that are pegged to Bitcoin’s market value. Also, like any other exchange-traded assets, Bitcoin ETFs come with a range of hidden fees which will turn out to be costlier than Bitcoin IRA investments over time.

In order to offer better clarity about the costs involved, while ensuring the benefit of its customers, Bitcoin IRA has introduced innovative pricing plans. These pricing plans, when compared to the fees associated with ETFs are much lower. Bitcoin IRA has a one-time fee of about 15 percent and it doesn’t charge a penny more, irrespective of the cryptocurrency’s performance. Bitcoin ETFs on the other hand, trade at a 20%-30% premium over the actual market indices of the actual cryptocurrency and investors are charged a range of fees. The ETF fees include purchase fee, annual management fees, and selling fees.

A comparison of Bitcoin IRA and Bitcoin ETF investment for a period of 3 years at 10% annual appreciation of cryptocurrency’s value shows that the customer ends up paying over 17.5% of the investment’s value on ETFs. 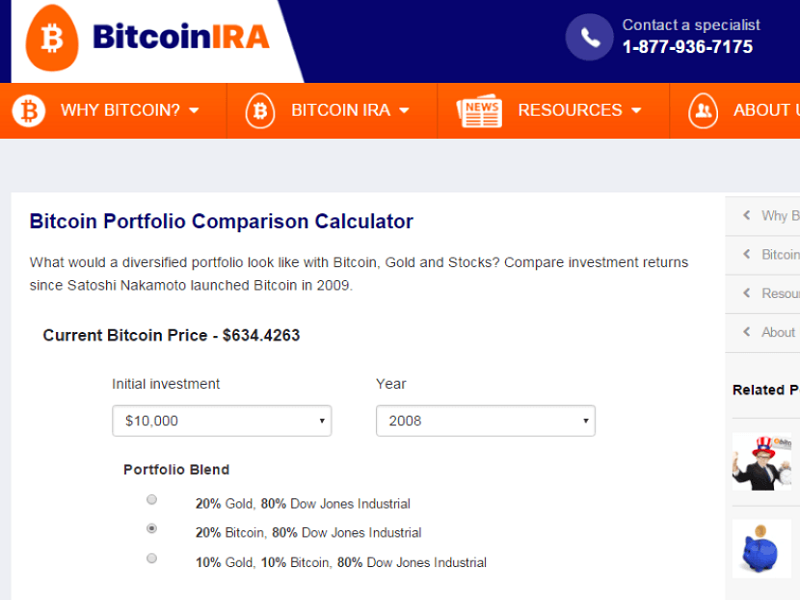 Bitcoin IRA insists that the 15% initial fee goes towards the extensive security costs involved in managing the actual bitcoins bought and owned by the investors as a part of his investment in Bitcoin IRA. In the end, the investor can choose to just hold on to the bitcoin instead of selling it and gain much better returns as the cryptocurrency further appreciates.

Given the two options, investors get to benefit more from Bitcoin IRA than any other crypto-ETF option currently available in the market.