The Bitcoin block size debate has taken another interesting plot twist in the past few hours. F2Pool, one of the largest Chinese Bitcoin mining pools in the world, has announced they support the hard fork for an increased 2MB block size. While the post on BitcoinTalk is a weird translation from Chinese to English, it looks like F2Pool might be attempting to push people to accept the Bitcoin hard fork. Not a great move in the Bitcoin mining industry if this were to be the case.

F2Pool Statement is Quite Worrying To Say The Last 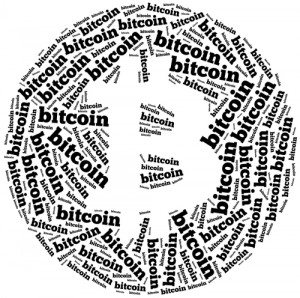 Certain aspects of a statement can tend to get lost in translation, and Bitcoin community members can only hope this is the case regarding the post made by F2Pool on BitcoinTalk. The way things read right now, the Chinese mining pool is looking to accept the Bitcoin hard fork to up the block size to 2MB, and enforce that decision on the rest of the mining community as well.

It is not the first time F2Pool is causing a fair bit of controversy when it comes to the Bitcoin block size debate. One Reddit user pointed out how one of their representatives posted another statement about how zero-confirmations should be made as secure as possible, as the company does not believe in a fee market. Additionally, support for FSS-RBF will be dropped after upgrading to Bitcoin Core 0.12, a process that will take place over the next few weeks.

Needless to say, these statements are a reason for great concern in the Bitcoin community. With the block rewards not lasting forever, removing any transaction fees from the equation would provide less incentive for miners to support the network. While there are some people involved in Bitcoin mining for short-term profit, an ecosystem without transaction fees is not feasible in the long run.

There is no denying the ongoing Bitcoin block size debate will need to come to an end sooner rather than later. The issue has been plaguing the Bitcoin ecosystem for many months now, and there is still no solution in sight. A lot of community members seem to be for increasing the block size to 2MB, and a solution should come to fruition very soon.

Bitcoin Classic seems to hold all of the answers and solutions people have been looking for, including an increase to 2MB Bitcoin blocks. Furthermore, both Gavin Andresen and Jeff Garzik are onboard with this solution, giving Bitcoin Classic a more legitimate image. There is no need for any Bitcoin mining pool to force a hostile direction at this time, and F2Pool faces some serious questions that need answers.

By the look of things, the Bitcoin Core roadmap now includes a block size increase to 2MB as well, which would render part of the hard fork idea moot. However, there is still the issue of transaction fees versus no transaction fees to address in the near future. Anyone with half a brain can see why these minor fees are needed to keep the ecosystem going. The recent RC1 for a new Bitcoin Core version will change the way wallet fees are calculated, which opens up interesting opportunities.

What are your thoughts on this statement by F2Pool? Will they try to force a decision on the rest of the Bitcoin community? Let us know in the comments below!