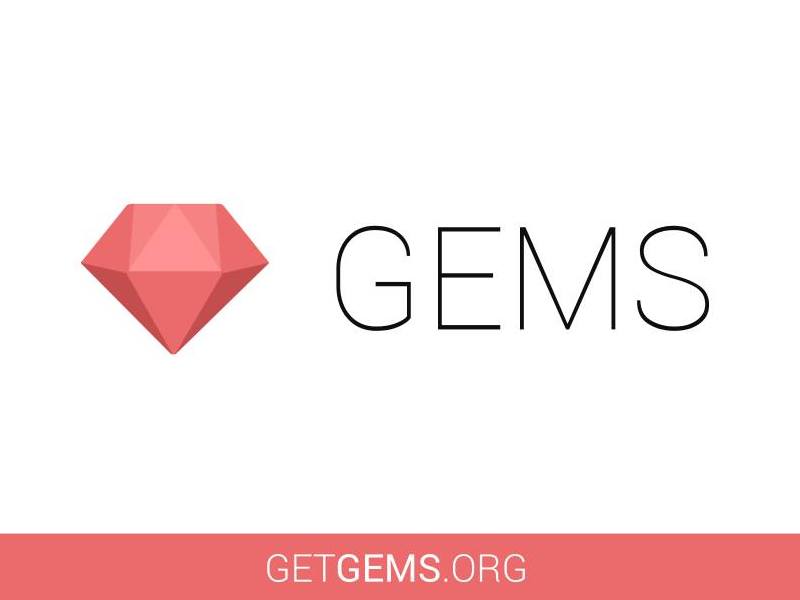 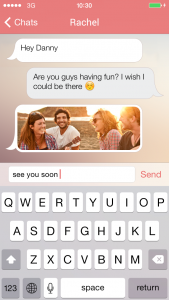 Originally covered here, Gems is like any other social messenger app, except with a twist. Integrated with Gems is a wallet, that users automatically get. Also Gems is encrypted, ensuring better privacy just like using cryptocurrency for your financial transactions.

A: Gems is a Social Messenger integrated with next generation bitcoin technology. Gems offers a WhatsApp style mobile experience with fully encrypted and private messaging, and a built in wallet. Our new introductory video is now live and gives an simple overview of how Gems works: http://vimeo.com/106725097

Q: How did you integrate Cryptocurrency into Gems?

A: The gems currency is powered by Counterparty. Every Gems user automatically gets his own wallet, protected by the passphrase chosen on registration. The social network username is an alias to the gems address, making sending & receiving gems and bitcoins between users as easy as possible

Gems also introduces an innovative reward mechanism which benefits its users. Anyone using the Gems application receives Gems tokens for inviting their friends, utilizing the network, and helping to build the ecosystem. Gems tokens serve as the in-app currency which, for example, are paid directly to the users by advertisers.

Google and Facebook base 99% of their revenue on targeted advertising. Networks monetize users by exposing them to content. With Gems: Sending content between friends is free but sending unsolicited content or advertisements costs Gems. This economic model achieve 3 goals: Stopping spam. Controlling ads. Creating real demand for Gems in the market. In our opinion after studying other successful messaging apps the main attraction to the currency will be driven by 1) user growth and 2) text usage. As these two figures grow the demand to buy Gems in the market by advertisers will grow.

Q: What are the specs of the coins?

Q: This is the first time I’ve seen something like this. Why do you believe you will succeed?

A: Three reason:
(1) Fun and Simple : Gems helps introduce cryptocurrency to the masses in a profitable, fun and easy way to understand. Right now blockchain.info wallet is the most secure while easiest wallet service out there but we wanted to do something even better. With Gems you can create a fully functional wallet in under 10 seconds plus keep in touch with friends with free unlimited instant messaging. 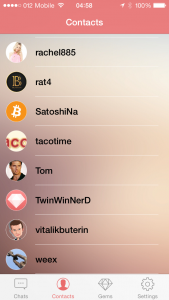 (2) Privacy: Due to the recent incidents where private information was leaked, technology users are much more concerned about the security of their data. WhatsApp does not encrypt its users communications, messages, pictures or videos. In comparison, Gems does not store your data and has no way to access your private messages.

(3) Profit: It is our belief that users bring value to a social network and they should be rewarded accordingly. We specifically designed Gems to give users full control over their data and the opportunity to profit from being a part of our success. The Bitcoin revolution reclaimed currency from the control of traditional establishments. we thought It’s time we do the same for social networks. Why let companies 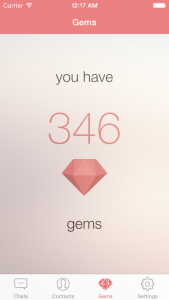 profit from the networks we build?

Q: How are things currently over at Gems?

A: Things are great! We are getting amazing feedback from the crypto community and non crypto focus groups.  The team is working hard to complete the development of the core features before the pre-sale. We currently have a promotional giveaway for Gems. We are giving away free t-shirts, and Gems vouchers redeemable when we release our app. Visit here for more information!

Q: What can we expect in the future?

A:. We will be announcing shortly the pre-sale terms and crowd funding platform we chose to work with.
Keep up to date through our BTT Thread here