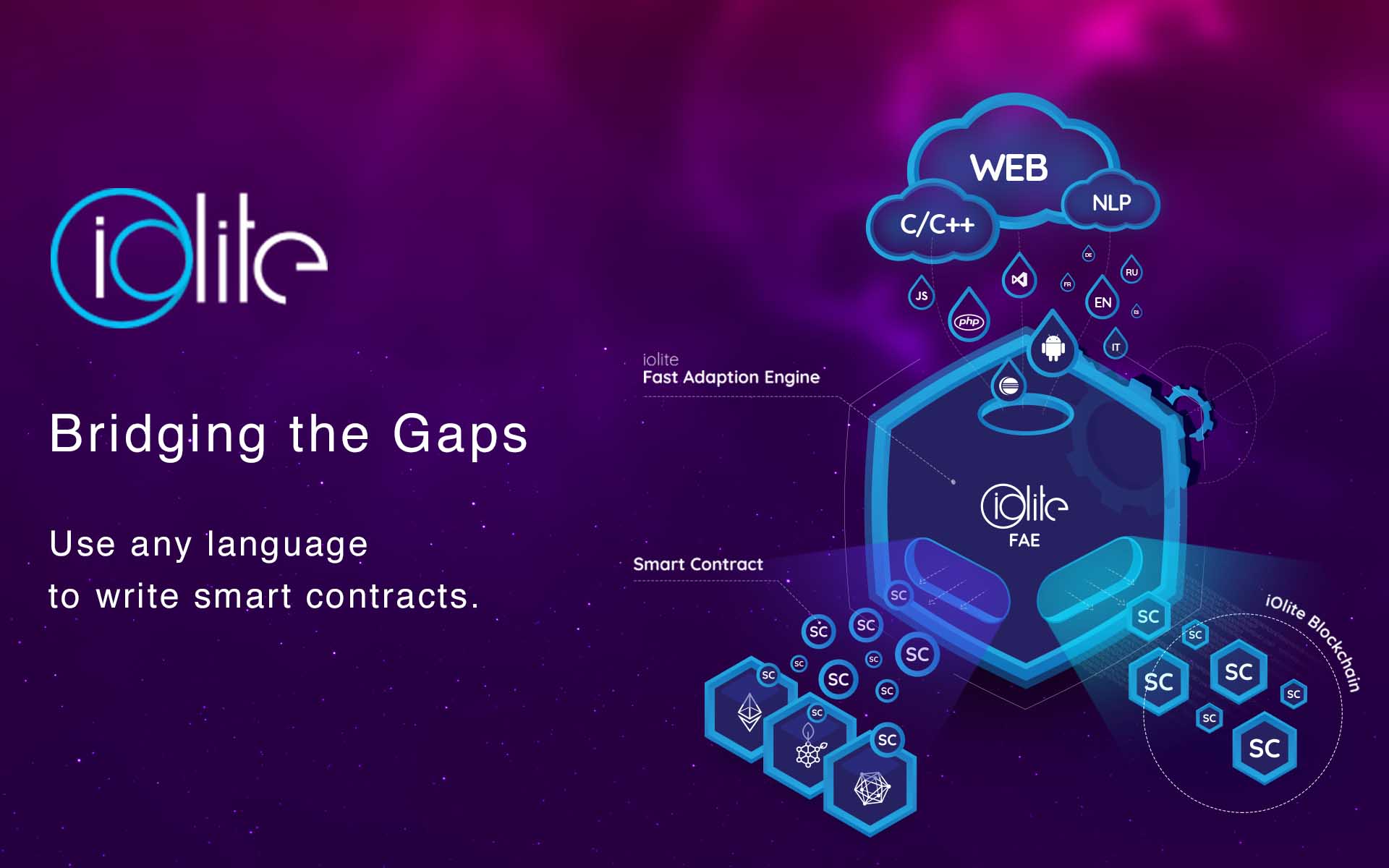 Thanks to iOlite and AI technology, anyone can write their own digital contract in any language – yes even English –  no coding knowledge needed!

There’s no doubt about it: everyone has gone crazy for crypto and bonkers for blockchain. With regard to the latter, the main draw is that the technology can be used in nearly every industry that relies on record keeping.

Artificial intelligence (AI) and machine learning (ML) are also being pushed to the forefront of our increasingly digitized world, and not just in offering solutions to tech savvy individuals and companies. The benefits and advantages of these technologies can have far-reaching implications in contributing to a more efficient and secure digital world.

A key byproduct of blockchain technology is smart contract functionality. Smart contracts are self-fulfilling contracts that release a form of predetermined transaction once certain conditions have been met. This means that there is no need for an intermediary and, best of all, because it is 100% digital, no need for reams of paper to be checked by lawyers or other officials.

Even though blockchain, AI, and smart contracts will increase efficiency and cut intermediary costs, the average person is not technologically savvy enough to figure out the coding and jargon related to writing these complex digital contracts. One wrong piece of code could result in substantial losses for companies who have not used a highly trained, but seemingly elusive, programmer.

iOlite is Changing the World, One Smart Contract at a Time

iOlite is here to help. By combining the efficiency of blockchain’s smart contracts with the power of AI, anyone will be able to write these digital agreements. This is because the innovative platform allows users to write the contract in their preferred language, whether it be JavaScript, C++, English or Chinese. The AI technology used by iOlite then converts it into the target machine’s programming language to create a fully functional Ethereum Solidity smart contract.

In the event that the platform’s ML system cannot translate the given language into the coded language, iOlite’s vast and knowledgeable community will assist in the translation until the system learns how to do it. The community consists of smart contract experts, or ‘contributors’. Contributors are able to define new structures for expression in order for the system to be able to convert it to the correct smart contract code. A contributor receives ILT tokens every time someone uses his smart contract code (usage of an expression). The best part? Users can write smart contracts at no charge whatsoever.

Even though users can create their smart contracts for free, the platform does have its own native currency, the iLT token. When an iOlite community member submits a language translation that is accepted by the platform’s Fast Adaptation Engine (FAE), that member will be paid in iLT tokens.  Members can also charge iLT tokens for sharing their smart contracts with the rest of the iOlite community.

There will be a total of 1 billion tokens issued, of which 650 million will be available to purchase and the remaining 350 million will be placed into a foundation reserve.  In comparison to other blockchain startups with hard caps seeking hundreds of millions of dollars, iOlite’s hard cap is set at a modest, realistic, and transparent $12.5 million.

iOlite’s private token sale is currently open and being held in two rounds. The first round has already closed, having sold 32.2 million tokens and raising 607 ETH. The second round is underway and will end on the 10th of March. During this round, a total of 32.5 million tokens are available and contributions of more than $50k will receive a generous 40% bonus.

The public token pre-sale will start on the 20th of March and will end on the 27th of March. A total of 130 million tokens will be available. Investors will receive a 25% bonus during this pre-sale.

The remaining 455 million tokens will be available to purchase during the main TGE, which is scheduled to begin 27th of March and will last until the 14th of April. Please see the tiered bonus structure below:

The Future is Now

iOlite is essentially making both blockchain and AI technology more accessible to the masses. It will give professionals in industries, ranging from banking to government, a chance to replace outdated processes, which in turn will pave the way for efficiency, productivity and ultimately, profitability.

This type of technology is all about providing peer-to-peer solutions and cutting out the middleman. Smart contracts offer this opportunity, and with iOlite, those interested in smart contracts won’t need to outsource a smart contract developer (of which there is a 14:1 capital to talent disparity) to write these smart contracts. Those seeking smart contracts just need to use the iOlite platform.

You don’t need a programming background to take advantage of the substantial benefits that these technologies offer, all you need is iOlite.

If you’d like to know more about iOlite, have a look at their website or join their growing community.

Do you think iOlite will accelerate blockchain- and AI mainstream adoption?  Let us know in the comments below!