To build value and credibility for investors and players, Luckchemy has entered into a strategic partnership and added a prominent ally to its ranks. Luckchemy’s games will now be published on all of Mr.Bet’s platforms, bringing their games to a leading name in the iGaming field. Luckchemy’s partnership with Mr.Bet further demonstrates the advantages that blockchain technology brings to the iGaming space.

Since its debut, the iGaming industry has been wrestling with the integration of blockchain technology. Detractors incorrectly cite outdated practices and transactional speed as reasons to push off the overhaul, but recent advances have made blockchain a tech necessity.

Existing solutions have proven to be widely inefficient in tackling some of the major pain points players experience. The industry, in its current shape, is troubled by a lack of transparency, overly complicated systems, unsafe data practices, and more. But most importantly, there’s a noted lack of trust in the games’ content, as well as their verified fairness.

While there are fairness reports published constantly, their credibility, authenticity, and transparency are arguable, at best.

By integrating blockchain-based technology as well as off-chain cryptography, Luckchemy manages to tackle these issues, while still delivering a secure, transparent, and lucrative gaming experience to the player.

A Solution with Potential

Blockchain-based technology is capable of providing the perfect foundation for these emerging gaming platforms, as its benefits empower everyone involved – players, regulators, and operators alike.

Luckchemy has proven its reliability and credibility in this space through an audit by New Alchemy, an independent third-party auditor, and has been certified as trustworthy by the organization.

But despite Luckchemy’s advantages, the iGaming industry is too large for one company to disrupt alone. That’s why the team behind Luckchemy has decided to enter into a strategic partnership and take on the field through their combined efforts.

Announcing a Partnership with Mr.Bet 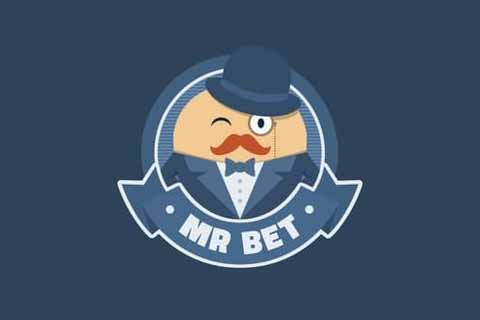 Luckchemy has entered into a strategic partnership with one of the leading online casinos: Mr.Bet. The former will provide its games via web and mobile apps to Mr. Bet, while the latter will, in turn, publish them on its highly popular and reputable platforms.

Mr. Bet is a relatively new online casino, launched recently in 2017. But despite its comparatively short time on the market, Mr.Bet  already boasts one of the most impressive portfolios of online slots, table games, and live casino titles. This impressive offering has made Mr.Bet  incredibly attractive to players and, as such,  has turned into one of the most influential names in the industry.

Thanks to the new partnership, players will be able to take advantage of Luckchemy’s games on Mr.Bet’s platforms. Not only does this bring tremendous benefits to Luckchemy’s players by making the games even more accessible, it also delivers a great value for investors in the project.

Strategic partnerships are influential votes of confidence in favor of a project’s technology and attractiveness, directly from the market leaders who are willing to incorporate a project into their existing portfolios. When that partnership is with Mr.Bet, one of the most powerful names in the iGaming industry, players and investors alike get excited.

This partnership is a huge development for players and investors, especially since Luckchemy is selling tokens at a 40% discount! Investors need to hurry, though! The number of tokens with discount is strictly limited.

For more information on the project and to get your tokens, you can visit Luckchemy’s official website, Facebook page, Twitter, or you can join the live discussion on Telegram.

Do you think blockchain is the future of iGaming? Please let us know in the comments below!