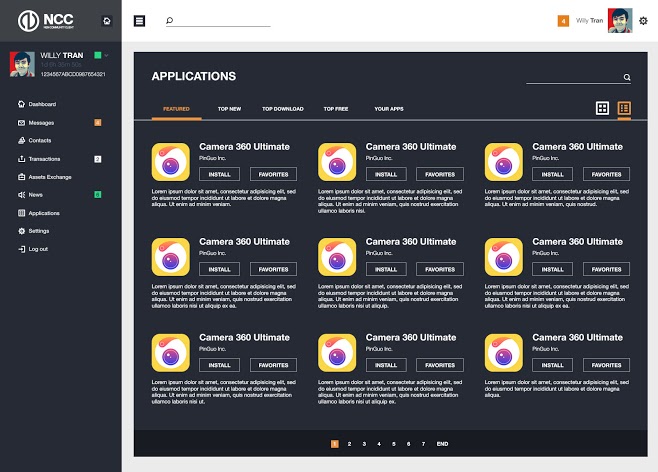 by Armaan Chandnani
in Markets and Prices, Reviews
0

The first thing you should know is that NEM was supposed to be a fork of NXT, but the developers ended up making it from scratch Other than this, the coin has not been released as it was announced back in January, but the development of such a coin takes some time and therefore, it is understandable. NEM is a PoI coin that has been fairly distributed among stakeholders through what we would call an Initial Public Offering. Some noteworthy features that might be included in NEM are:

These are just some of the features that may be implemented by NEM, and I believe it justifies the amount of time it has taken. As of right now, NEMstakes can be exchanged through a decentralized assets exchange which can be found here. This is a very nice way for investors who don’t want to wait more to exit the coin. Each NEMstake is worth 1 million coins, and what is most interesting at the time is the fact that a stake is selling for an average of 2 bitcoin. Why is this important? At the start of the NEM distribution, stakes could be bought for .001 btc. Understand what I’m talking about now? NEM has already started to show signs the way NXT showed back in its day, but will it overtake it? Perhaps.

The most important part of a fully distributed coin is transparency, and that is something NEM does well. The NEM development team is composed of: ( through the bitcointalk announcement)

The NEM team has released updates on the coin though, having posted various pictures of what the wallet will look like, but I would like to show you one that caught my attention: 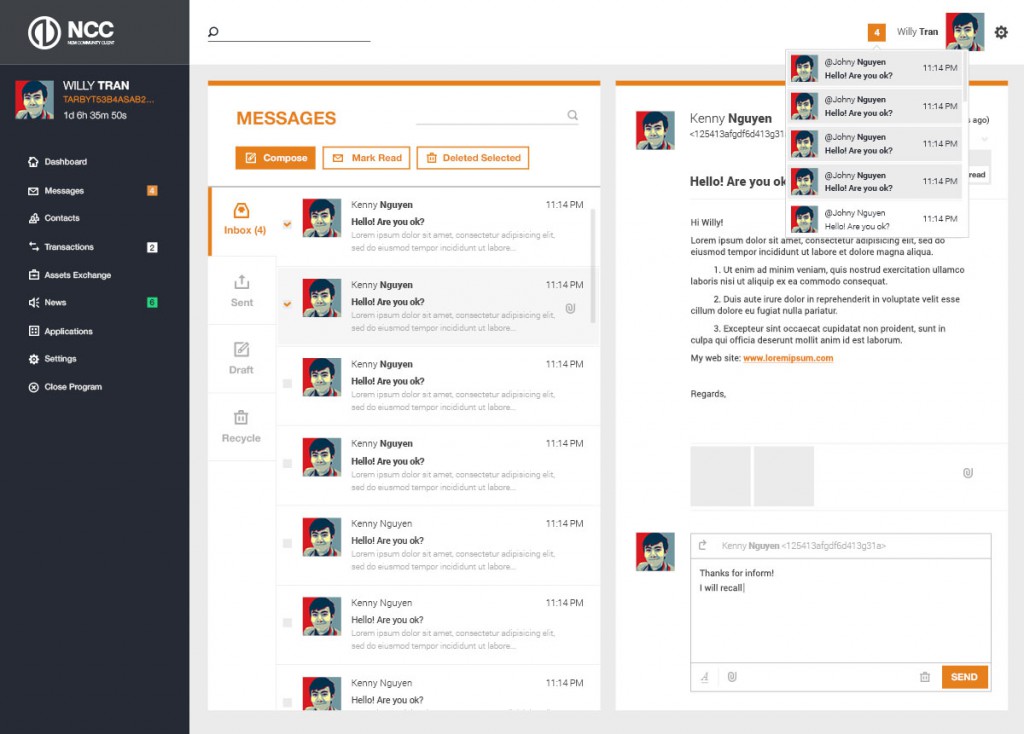 This photo shows the messaging system that is going to be implemented in NEM. Personally, I find it unmatched by any other messaging systems that have been put in place by other coins. It gives a feeling as if you were emailing a person which I find to be very useful as most messages will probably be business related transactions, and we all know communication is key in any kind of transaction. Another feature I like that the NEM wallet will include is the ability to drag items in the dashboard. What does this mean? I can only explain it by showing it: 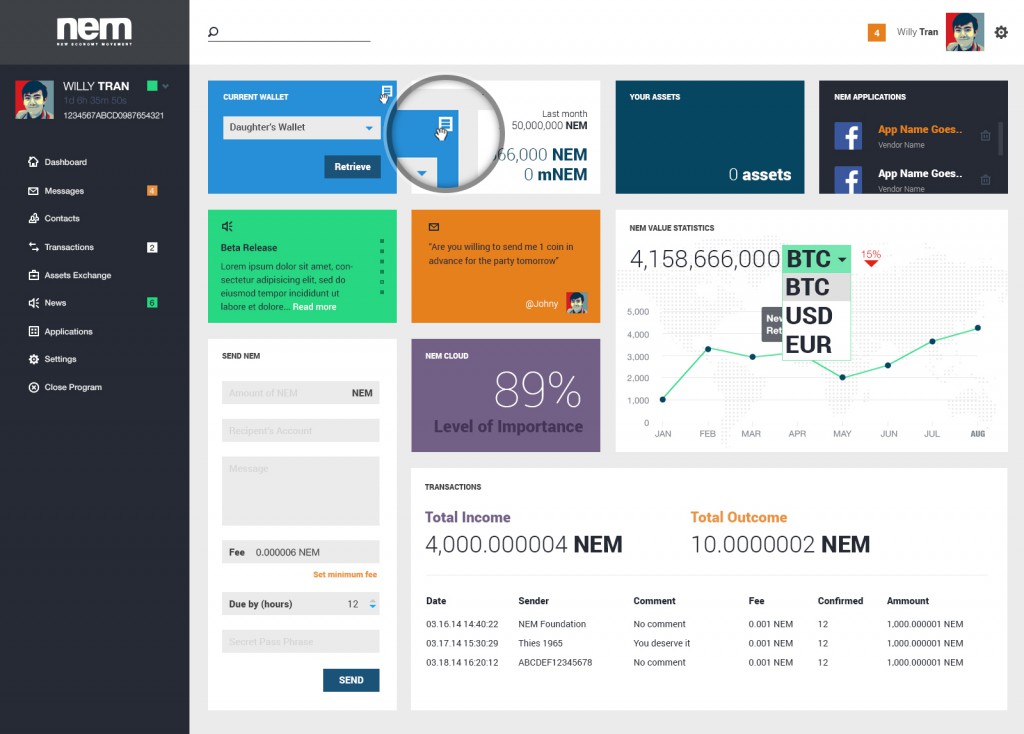 The best way to explain how this dashboard works is by comparing it to the Windows 8 dashboard in which you can drag applications to your desired spot. Customization is key in NEM, and the wallet is the sheer representation of customization. Personally, I did buy into NEM early on, and I’m proud of my investment as others are too. It just comes to show, Patience truly is a virtue, and even more so in the cryptocurrency world with a market so volatile. The only coins to succeed are the ones that excel in three aspects: innovation, community backing, and a good developer team, and I firmly believe NEM excels at all of them.

A Comprehensive Review of Nucoin