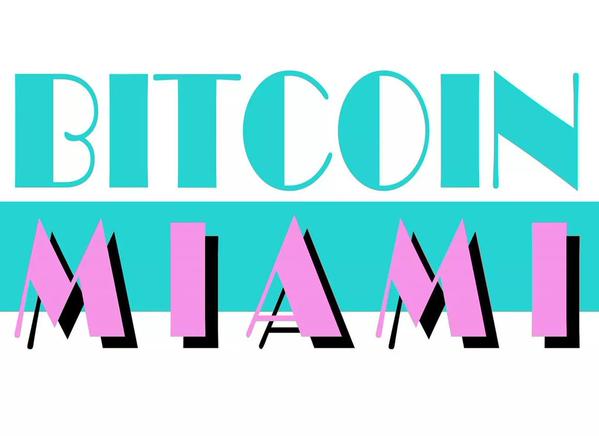 The North American Bitcoin Conference got off to a good start on January 17th, despite the tumbling value of Bitcoin in the last couple weeks. The presentations and panels were loaded with heavy weights in the industry, including Jeff Garzik of Bitpay, Henry Yeh of Binary Financial, Dan Morehead of Pantera Capital, as well Sam Dastyari an, Australian Senator, and many others. Several new innovations were on display as well, with Ledger Wallet showing off their current wallet and their prototype NFC enabled wallet as well as other manufactures and vendors.

Bitcoinist is also the only major news site to cover the conference on video start to finish. Follow us or tweet about it for exclusive access to the entire conference.

Day One of The North American Bitcoin Conference 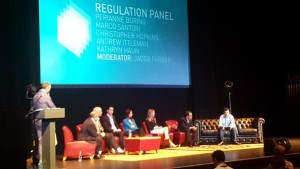 The networking at the conference is what shined on day one — both during the conference and afterwards — with many different companies, vendors, and start-ups interacting one-on-one. So many companies and investors were speaking to each other while the discussions and presentations were in progress; at times, it almost felt like there were no presentations with all of the networking taking place. The crowded Fillmore Theater in Miami was packed with people new to Bitcoin as well as others who have been in the crypto-world for years. The venue allowed people to mingle and exchange ideas, conduct business, and for newcomers to learn about Bitcoin. ShapeShift was demonstrating their Bitcoin and Alt-Coin exchange to a steady stream of people. Spondoolies and Bitmain both had booths and were educating people on Bitcoin mining and Bitcoin ASIC miners.

The presentations were varied and interesting, showing the innovation and changes sweeping the Bitcoin ecosystem. The regulation panel, made up of Perianne Boring, Marco Santori, Christopher Hopkins, Andrew Ittleman, and Kathryn Haun, with Jacob Farbe moderating, was quite interesting. Sam Dastyari kept the regulation panel on stage while he gave his view of Bitcoin and Bitcoin legislation, turning it into an excellent back-and-forth discussion of several issues facing Bitcoin related businesses. The panel especially warned new companies to be careful of what they are doing and how they present their products and services to customers.

Star Xu of OKCoin spoke to the attendees about the potential of his company to be more than a Bitcoin exchange. He believed that OKCoin could also serve as a platform for developers and their work to bring Bitcoin into the mainstream. He did try and justify OKCoin’s margin trading service as providing liquidity to Bitcoin, and argued that it made Bitcoin more stable. Many in the crowd did not buy the argument, and as we have seen recently, margin trading and market manipulation has made Bitcoin anything but stable. Star did, however, discuss their upcoming debit card, which they hope will help spread mainstream adoption and open up new ways for the bitcoins to be used. 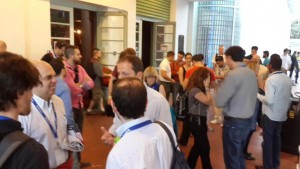 Day two started off with Will O’Brien of BitGo giving a presentation about Bitcoin security, how important it is, and what improvements in security he expects to see in 2015. One big push he sees coming is a multi-institutional security standard, where companies share the onus of holding and securing private keys. This kind of change is welcome because security solutions like BitGo, which have simple to use and yet very scaleable multi-sig security measures, will make these new responsibilities easy. Will stepping up with BitGo to help Bitstamp after their hack was something he did for Bitcoin and crypto-currencies as a whole; Will sees security as a duty and takes it very seriously — truly a class act.

The Bitcoin mining panel was interesting in that it had rivals sitting right next to each other. Hot button issues were discussed, like manufacturers self-mining. Guy Corem of Spondoolies-Tech brought up pool and hash rate centralization, and Luke Jr highlighted the point that a 51% attack can be done with much less than 51% and that we all need to be aware of the possibility. There were some very serious remarks from Guy about the Ponzi situation in Bitcoin mining, and that many of the cloud hashing sites are a ticking time bomb. Overall a rousing panel.

Networking and such continued during the final day, as people from all over were able to talk to others in the industry in person. As a Bitcoinist representative, I spent the majority of both days interviewing members of the Bitcoin industry on video as well; we will be releasing these interviews as we finish up post-production during the next couple weeks.

There were many other presentations we will break down in conjunction with our video coverage of day one at TNABC in the near future. Bitcoinist will be uploading the main presentations and panels, as well as exclusive one on one interviews with many of the people at the conference in the coming days. Stay tuned for them soon.

Did you attend the North American Bitcoin Conference? If not, are can watch our live coverage of the event? Let us know in the comments below!

Images courtesy of The North American Bitcoin Conference and Unocoin.