PressCoin Takes up the Fight Against Fake News

Distributed ledger technology has the ability to change any industry where fraud can occur. Few industries are more prone to fraud and lies than the news industry, and PressCoin is looking to take on this monumental task.

The Rise of Fake News

In recent years, we’ve seen the monumental effect the mainstream media can have on public opinion. The 2016 presidential election is one of the clearest cut examples. An enormous amount of news fed to the American people that was flat out not true from both sides of the political aisle. Out of this the term “fake news” was born, and accusations of media outlets reporting on fake news and propagating it to their customers with malicious intent blew up like wildfire.

The internet giants became the lightning rod for this phenomenon: newsfeed and search algorithms by design select what content people see. And in an age where people usually only get their news from one or two sources, these companies have an enormous responsibility to provide accurate and impartial content. Some don’t take this responsibility as seriously as they should, and as we saw last year and continue to see today, they can also take advantage of this power for their own agendas. 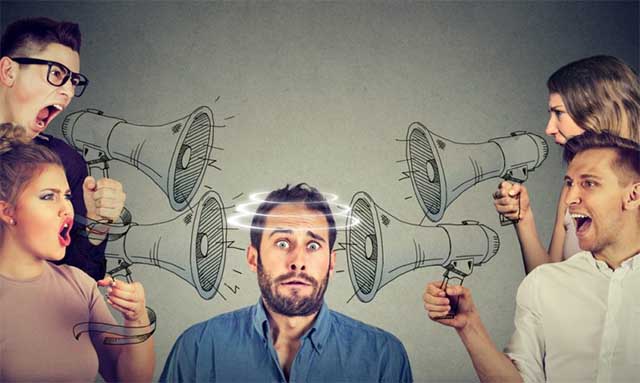 Another problem facing the Journalism industry today is the problem of ever falling revenue from their news content. Before the advent of the internet, newspapers and your nightly news were your only sources, now there are thousands of sources, which you mostly find via Facebook and Google

Back in the day you paid for your weekly newspaper subscription and that – and “rivers of gold” in advertising revenue, provided income to news publishers. When the majority of news readers moved to the internet, many publishers were faced with a common problem; they couldn’t get the same amount of money from online publications. Solutions such as on-site advertisements helped, but it wasn’t enough. Some resorted to paywalls, but that tends to turn away readers.

The team behind PressCoin are developing several solutions to the issues plaguing the news industry. They’ve proposed the creation of not a single answer, but a whole network of media companies, each a microcosm of news publishers, writers and news consumers, where every interaction becomes a transaction. Everything from writing quality content, running exit polls, sparking meaningful debate in the comments section, or helping to moderate, to providing needed information for the public to assist them to make an educated voting decision will be tracked, and in some cases monetized via the platform’s native currency, the PressCoin (Ticker: NEWS).

A Reputation System will be stored on the blockchain. Through this, whenever you see a piece of news whether it be via your Facebook feed or Reddit, consumers will be able to check the source against the reputation system to evaluate its credibility. The system will not only apply to publishers, but to commenters as well. Everyone will be held to a standard, and failing to hold to that standard will result in a loss of reputation and therefore credibility. Publishers who spread fake news will be penalized and their reputation tarnished.

PressCoin is already being implemented on several new platforms. One example, currently under construction, is called NextElection. NextElection will monitor politicians and elections around the world, tracking their constituencies and relevant issues, after all there is always a next election around the corner! The Platform will enable voters to participate in their elections in a way never seen before.

Several components in each election will be tracked by the platform, including things such as incumbents, challengers, and the issues that are being debated on the campaign trail – and perhaps also the incidence of fake news. This will assist  voters to make more informed decision come election day, and hopefully improve democracy everywhere. An advanced version of a blockchain-based voting system is in the works for a test launch in 2018.

While NextElection is a good example of the power of the PressCoin system, there are several companies and products already in the works around investigative reporting, solutions journalism, citizen journalism, and hyperlocal news. Several new technology startups launching via PressCoin Accelerator Program, a venture arm, round out the initial launch.

PressCoin is currently wrapping up their Pre-ICO, which began on November 22, and ends on December 10, 2017. It will be followed by their main ICO, which will run from December 11, 2017, through January 8, 2018. Bonuses will be awarded to early participants, as the first five million coins sold will be accompanied by a 30% bonus. The bonus decreases as more and more people buy up the available tokens and the ICO progresses. 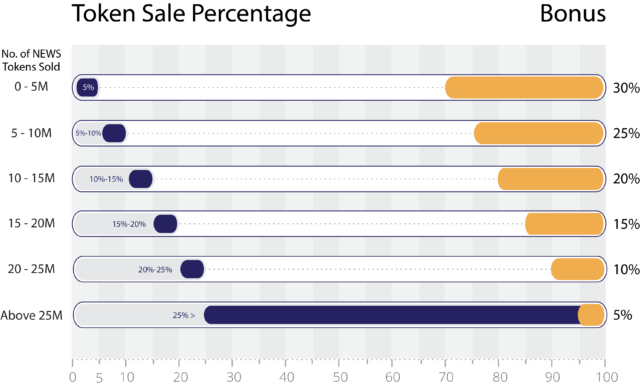 At launch, one PressCoin will have a parity with the US dollar. The token also represents shares in the PressCoin PLC company, based in the UK, and investors will have access to earnings information, annual reports and the like. PressCoin holders will not only hold tokens, but since each token is linked via smart-contract with an equity share in the company, token holders will also receive dividends. These properties make PressCoin an unusual ICO, and for the news industry a unique opportunity.

For more information about PressCoin and the upcoming ICO please visit their website and download the project white paper.

Do you think that PressCoin can revitalize and re-monetize the news industry? Let us know in the comments below.