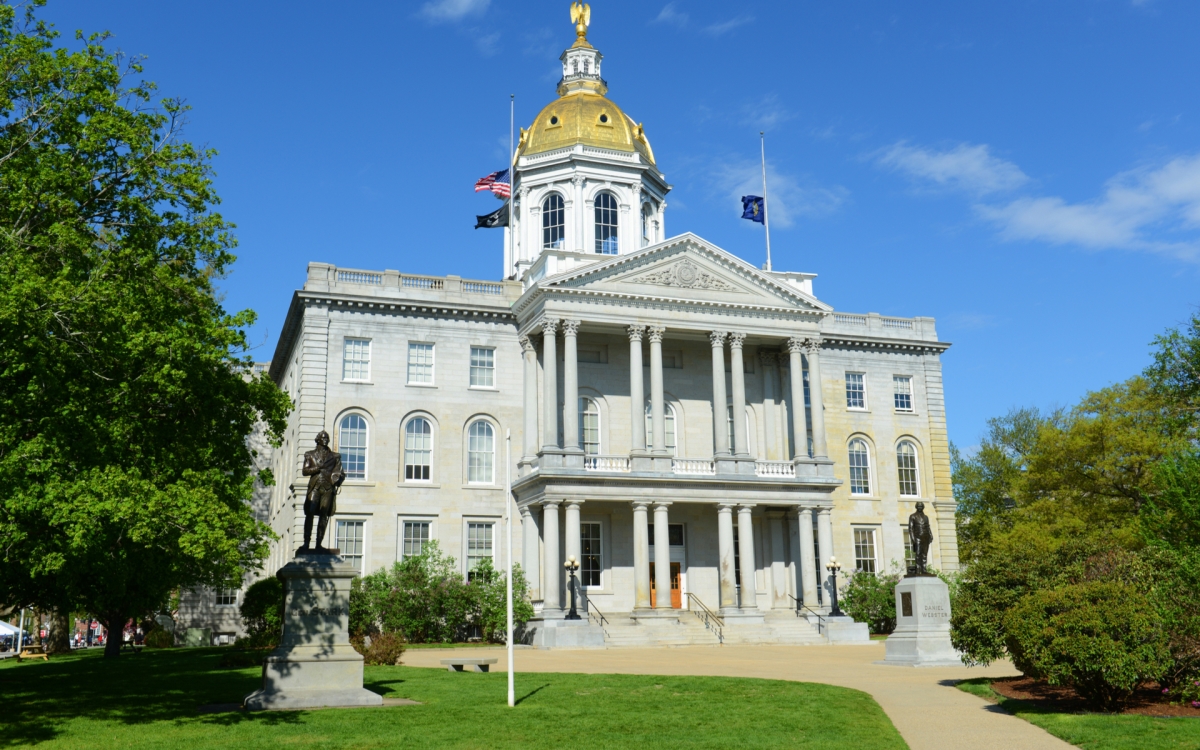 New Hampshire bill HB436 will exempt “persons using virtual currency from registering as money transmitters”, the first legislation of its kind in the United States.

New Hampshire Governor Chris Sununu took his state motto to heart when he signed HB436 into law, exempting Bitcoin from the state’s money transmitter regulations. The measure was passed on June 2nd, and will go into effect on August 1, 2017.

The bill follows the passage of the ominously-named HB666, which added Bitcoins and other cryptocurrencies to the money transmitter statues in 2015. The bill’s passage spooked many of the state’s Bitcoin enthusiasts, who previously enjoyed New Hampshire’s reputation as a crypto-friendly state.

The bill itself is actually quite simple, and adds the following brief exemption to the state’s money transmitter law:

Don’t Tread On Me

New Hampshire has recently become something of a haven for freedom advocates in the United States, and has been ranked the #1 most free state by the Cato Institute. It stands in stark contrast to New York, which attempted to regulate cryptocurrency businesses with a “BitLicense” in 2015 and is ranked the least free state by the same study.

The bill received strong grassroots support, especially from members of the Free State Project, a Libertarian movement aimed at recruiting “20,000 liberty-loving people to move to New Hampshire.” Its support was also bolstered by the Free Keene blog founded by Ian Freeman, Program Director of LRN.FM and host of the libertarian podcast “Free Talk Live.”

The bloggers were even able to convince state legislators to change the wording of the bill when they realized it would not provide enough protection for cryptocurrencies.

A House (And Senate) Divided

Not all of the state’s legislators were on board with the bill. The bill narrowly passed the House of Representatives by a 185-170 vote in March. It likewise divided the State Senate, who passed it with a 13-10 vote in April.

Unsurprisingly, the New Hampshire Banking Department opposed the bill, believing that deregulation would make it harder to prevent financial fraud. They were backed by the state’s Department of Justice, who believed they would not have the expertise to effectively police the cryptocurrency without financial regulations.

Life, Liberty, and the Pursuit of Bitcoin

Bitcoin regulation has become somewhat of a turbulent issue in the United States. A bill in Hawaii passed earlier this year forced exchanges to maintain cash reserves equal to any cryptocurrency funds held for its customers.

This moved forced Coinbase to remove Hawaii as a supported state, citing the obvious impracticality of meeting such a demand. Coinbase followed the same course of action earlier in June 2015, when Wyoming enacted similar legislation.

What do you think of this new development in Bitcoin legislation? Will other states follow suit? Are you ready to pack up and move to New Hampshire? We want to hear what you have to say in the comments below!