This week, we saw an overall decline in the bitcoin price, as it fell from $398.78 at the beginning of the week to $373.55 at Sunday’s close. This week’s bearish activity was characterized by relatively flat activity, punctuated by sudden price drops that the market seemed to be unable to fully recover from. Meanwhile, in the news, we learned of new Bitcoin network milestones, regulatory efforts and investments. 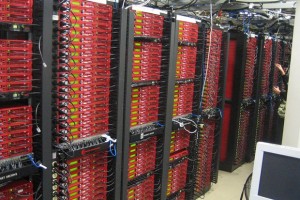 The week kicked off on January 25, 2016 with the bitcoin price at $398.78, staying within the loose upper $390s trend established last week. The price hit $400 in the early morning hours, but quickly dipped back down into the $390s. By the early afternoon, the price had fallen again into the low $390s, briefly entering $380s territory. Activity slowed down in the afternoon, with the price leveling out in the low $390s, where it stayed for the rest of the day.

In the news, we reported on a milestone in the Bitcoin network. For the first time in the history of the network, the hash rate exceeded 1 Exa Hash per second. The achievement of this milestone means that the bitcoin network has become approximately 300,000 times more powerful than the world’s fastest supercomputer, and over 43,000 times faster than the top 500 supercomputers combined. To drive home the significance of this milestone even further: the bitcoin network at one Exa Hash per second could be capable of running a neural net AI that is approximately 100 times more powerful than the human brain.

Tuesday began at $391.04, about $7 below the opening price on Monday. The $390s range held firmly throughout the entire day. The only divergence from this trend was a brief drop to $386.2 during the 6 PM hour. The price quickly recovered, though, returning to the $390s range to end the day.

Meanwhile, in the news, we reported on a development from Belgium regarding Bitcoin money laundering. According to Belgian newspaper De Morgen, the Belgian government has started working on plans to target money laundering facilitated by Bitcoin.

Wednesday the 27th opened at $393.75, a slight gain over the start of the previous day. For the most part, market activity on the 27th was extremely calm. Between the start of the day and 8 PM, there was hardly any movement in the price, with the candlesticks forming an almost perfectly straight line. However, at 9 PM, the bitcoin price suddenly plunged, falling into the low $380s. During the last hours of the night, the price struggled to remain above the $380 level, falling to $379 several times.

On the 27th, we reported on a new investment make by Japanese bitcoin exchange Bitflyer. The company invested in a blockchain-based Internet of Things program called “Sivira.” This project aims to “conjoin your favorite apps, automate actions, and keep information on the blockchain.”

Thursday started at $379.37, significantly lower than the prices we got used to seeing in the preceding days. The morning of the 28th saw a small climb into the low $380s, after which the markets kept the bitcoin price fairly flat for most of the day. At 7 PM, though, the previous day’s last minute plunge repeated itself, and the price fell into the high $360s range. The bitcoin price just barely made it out of the $360s before the end of the day, reaching $370 right at midnight. 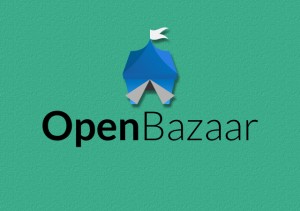 Friday, January 29 began with the bitcoin price at $370.39, just narrowly escaping the $360s after the previous night’s sudden selloff. The price climbed steadily in the early morning hours, reaching the low $380s. The growth halted at 7 AM, though, and the price slid downwards until the early evening, sinking to the mid-$370s. At 5 PM, the price jumped to $380, and the markets spent the rest of the day struggling to settle on $379 or $380.

Saturday opened at $377.75, an almost $8 gain over the start of the previous day. Aside from some small fluctuations, market activity on Saturday was fairly quiet. The price floated around in the mid-$370s throughout the day, with some spikes into the high-$370s and dips into the low-$370s.

In the news, we reported on rumors of the Digital Currency Group going public at some point, amid investment activity involving DCG in India. At this point, nothing has been confirmed, but our report says that DCG leader Barry Silbert has hinted that the company will likely go public at some point in the future.

Sunday, January 31 began with the bitcoin price at $377.74, virtually no change over the start of the 30th. Sunday was a repeat of Wednesday and Thursday; the price was extremely flat for most of the day, and then the markets suddenly took a dive in the early evening. at 6 PM, after hovering in the mid-to-high $370s for the entire day, the bitcoin price fell into the upper $360s, briefly touching $364.4. The markets attempted a slight recovery in the late night hours, climbing out of the $360s and returning to the low-$370s to end the night. Sunday concluded with the bitcoin price at $373.55, making for an overall decline of 6.33%.

What do you think will happen in the Bitcoin community in the coming week? Let us know in the comments below!