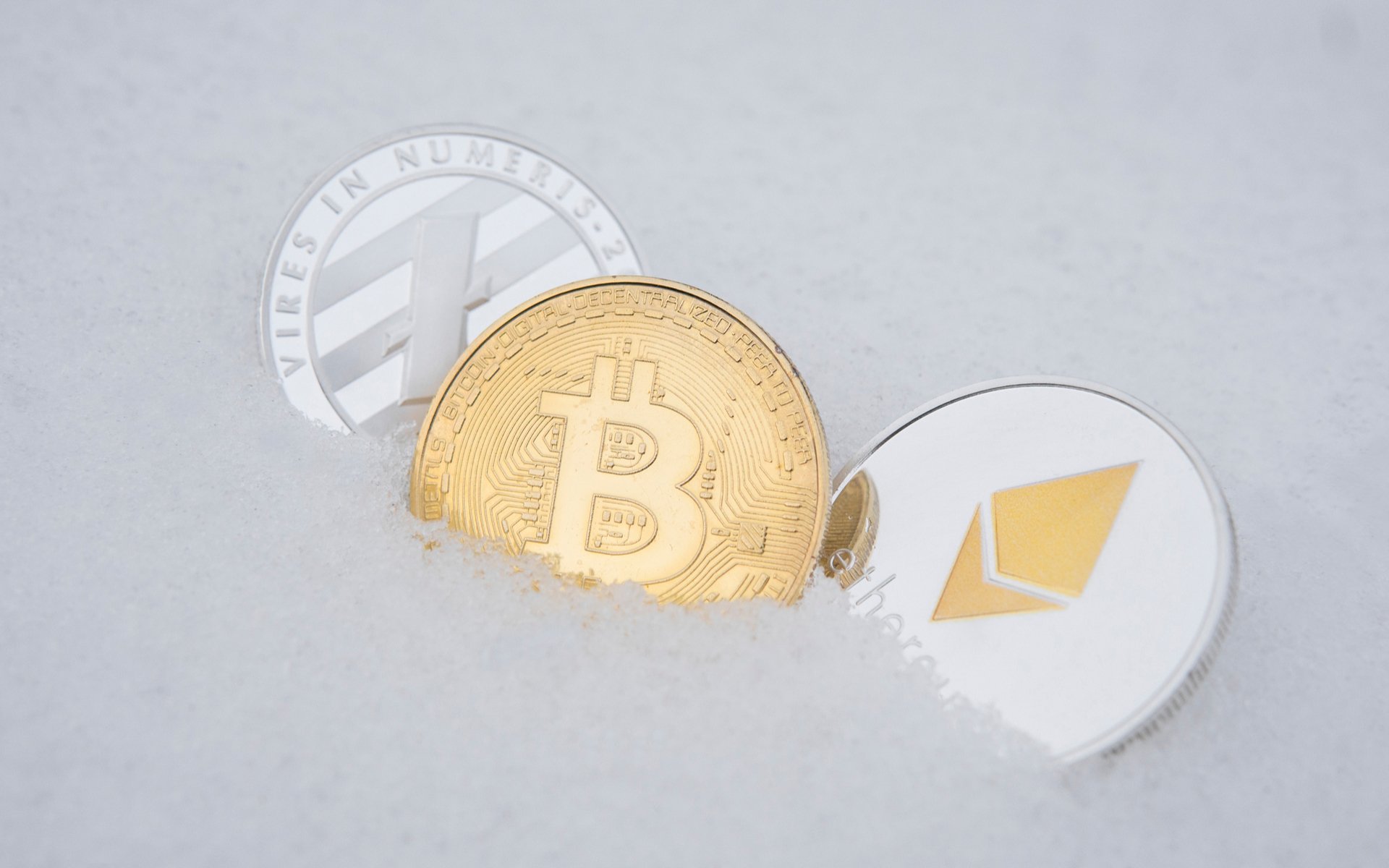 While Bitcoin has once again showed the cryptocurrency space who’s boss during this year’s bear market, there are a few altcoin exceptions that have fared relatively well. Here are some of the best (and worst) performing cryptocurrencies of Q1 2018.

Down But Not ‘Rekt’

Towards the end of 2017, Bitcoin reached an all-time high price of $20,089 USD. At the time, the entire cryptocurrency market was red hot, as the total capitalization peaked at around $820 billion in early January, according to Coinmarketcap. 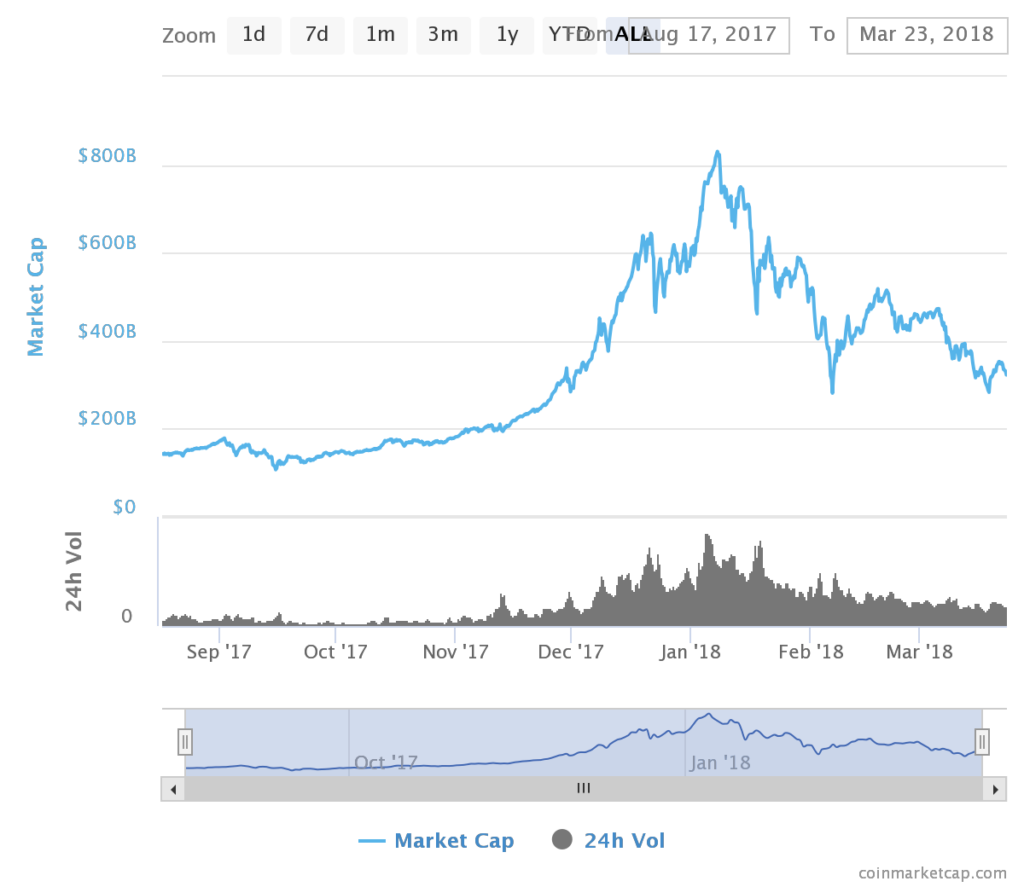 In retrospect, even when faux cryptocurrencies like the now-defunct Bitconnect reached a price of over $400, most savvy traders knew the market was overdue for a massive correction.

With today’s Bitcoin price in recovery mode, this ‘crypto winter‘ correction may be coming to end as Fundstrat Global Advisors’ Tom Lee has declared.

However, the current price still translates to a 58% drop from its all-time high, according to data from athcoinindex.

What’s more, as Bitcoin price plummeted, most of the altcoin market dropped even faster. Looking at the top 50 cryptocurrencies by market cap, however, the top ten altcoins that fared relatively well (excluding Tether for obvious reasons) during this downtrend include:

Noticeably, only DigixDAO, Bytom, and Litecoin fared even a little better than Bitcoin. The relative resilience of this bunch could be attributed to having more solid fundamentals as compared to the worst performers (listed below).

For example, the least affected cryptocurrency, DigixDAO, “tokenizes gold on Ethereum.” This could explain its resilience and ability to weather the storm due to its association with gold, the historic bulwark against market turbulence.

Meanwhile, others, such as Monero, Litecoin, and Ethereum are perennial favorites in the cryptocurrency space with thriving online communities and support, thus providing much stronger fundamentals for long-term investors and ‘hodlers.’

“Out of the top 20 coins, Litecoin is ranked 2nd in terms of drop from each coin’s respective ATH,” Litecoin creator Charlie Lee wrote on Twitter. He added:

Litecoin is actually doing fairly well in this bear market!

Comparatively, the cryptocurrencies most negatively affected by the bear market (excluding Bitconnect…RIP), in descending order, include:

Interestingly, ZCash, a cryptocurrency focused on greater privacy and anonymity, has experienced the biggest losses from its all-time highs unlike its closest rival, Monero. It appears that investors aren’t as enamored with ZCash despite it having its own Barry Silbert-backed investment fund and some big-name supporters, including Edward Snowden.

Bitcoin Gold, meanwhile, appears to be lacking demand for the solution that this Bitcoin variant is offering. Seemingly, investors aren’t buying that mining centralization is much of a problem in Bitcoin right now and BTG has been on a downtrend, albeit a few pumps, since it forked off from Bitcoin back in November. 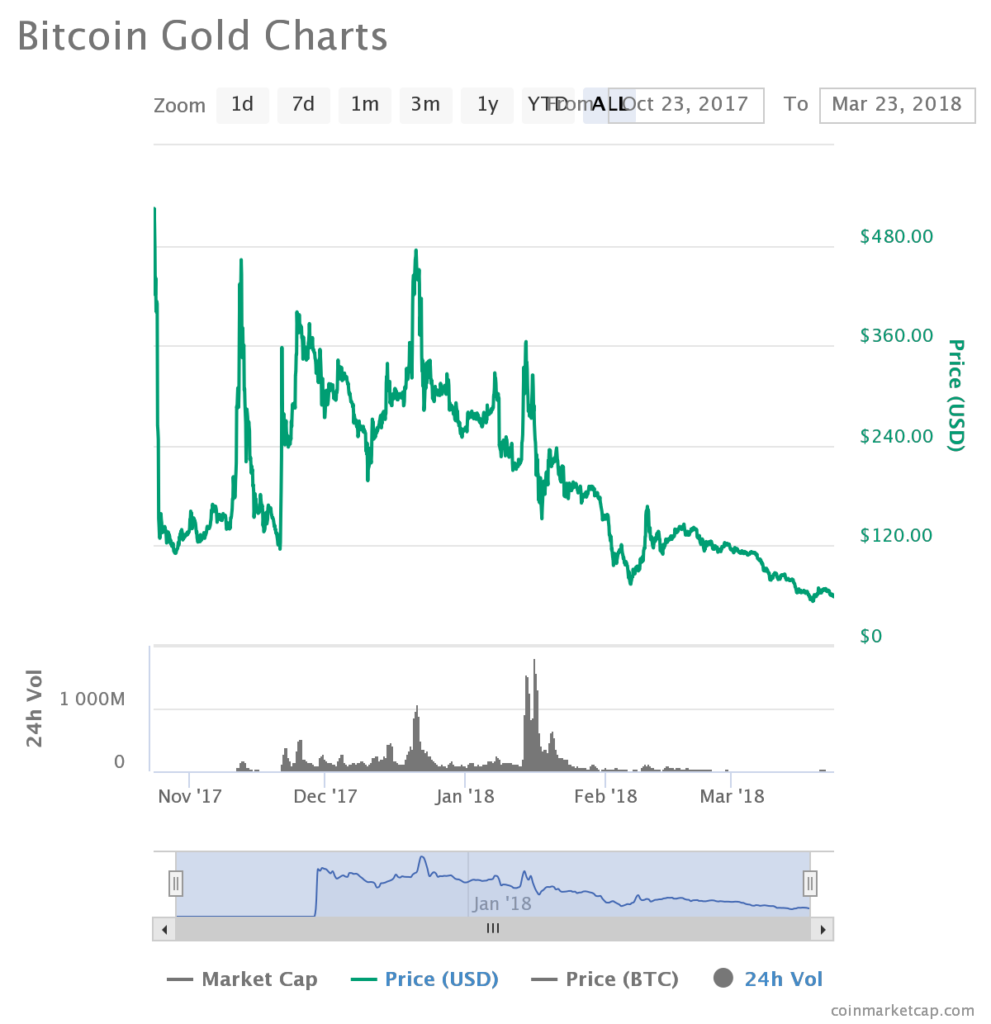 Most of the others included in this list are relatively new in the space, such as Cardano (launched in October 2017). This could explain such precipitous drops due to underdeveloped communities and overall support.

Finally, others such as TRON have been leveraging their marketing skills, getting listed on exchanges, and entering into partnerships, rather than showcasing actual working products, resulting in weak fundamentals and pump-n-dump price action.

While this should by no means be taken as trading advice, looking at which cryptocurrency is able to stand on its own in bear markets could be of some use for traders in the future. Once again, it appears that the best bet is always Bitcoin, but others like Monero, Litecoin, and a handful of others could also be considered the next time the bears bite.

What cryptocurrencies would you consider holding during the next market downtrend? Let us know in the comments below!