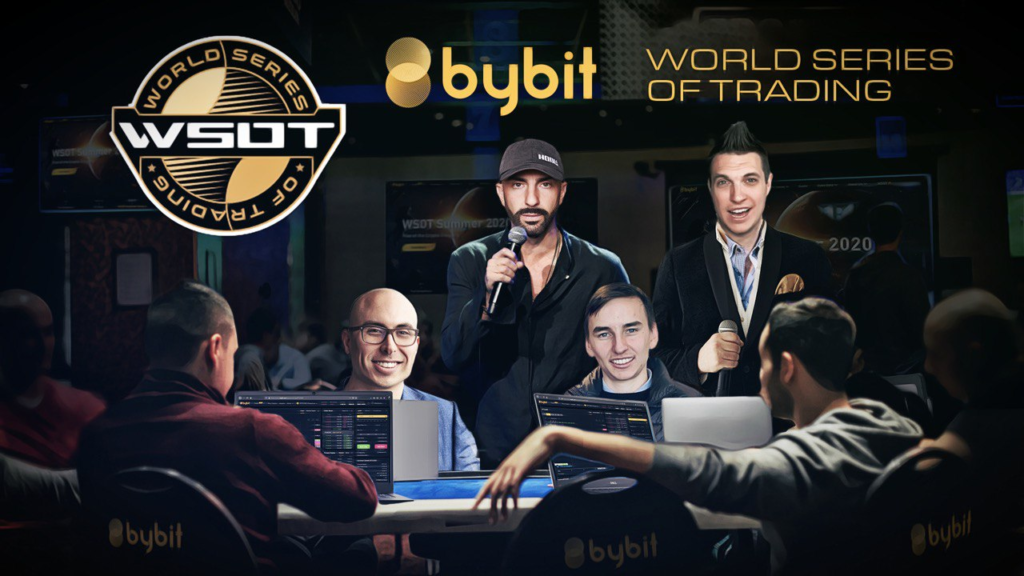 All metrics suggest that crypto has entered a new bull market. Over $6 million a day is being spent on Ethereum in fees, active wallet addresses are at an all-time high, and interest in bitcoin trading has soared. This last fact is born out by the latest figures released by Bybit pertaining to its World Series of Trading. Close to 12,500 traders have signed up for the 100 BTC event including 135 teams.

While DeFi assets 10x, Uniswap volume outstrips CEXs, and bitcoin flirts with $12K territory, Bybit is doing its bid to drum up interest in crypto assets. Its WSOT competition has lit a fire, prompting pro and semi-pro traders to FOMO in, partly out of vanity, and partly down to the bumper prize that awaits the victor. The top 10 teams will compete for their share of 80 BTC, while another $90K in USDT is also waiting to be claimed by individual traders.

Prominent crypto traders and analysts Tone Vays and Luke Martin have been enlisted to front The WSOT Show, a talk show launched by Bybit for the duration of the competition. Designed to add a touch of ceremony and excitement to the occasion, The WSOT Show will feature interviews with team captains, while the hosts will add their insights on market trends and on how BTC is performing – as well as how the solo traders and teams are faring.

Not forgetting the audience who’ll be watching at home, and envying the earnings and skills of the competing teams, Bybit is enabling users to bet on the outcome of the event. It’s achieved this by teaming up with PokerShares.com. The deal means that users can bet on the teams competing in WSOT.

The event itself was inspired by the famous World Series of Poker, held annually in Las Vegas since 2004. Bybit has even gone so far as to recruit Douglas Polk and Mike McDonald, poker legends with over $22M in live poker winnings, to feature on The WSOT Show as special guests. Episodes will be shared on Bybit’s Twitter Channel.

Of the more than 12,400 individuals who have signed up for WSOT, more than 10,200 are playing alone, preferring to trust their own instincts than those of a crew. The remainder have signed up as teams to maximize their prospects of success. The WSOT leaderboard, which reveals the fortunes of “troopers” and teams in real time, includes names such as Crypto Zoo, W.T.C., and Live Traders Suck, all of whom are up over 150% so far. At the time of publication, the top team in the contest has marked a PNL of almost 210%.

Team W.T.C, the leading Chinese team, with 146 members, is currently out in front. The top trader within the team is sitting at an impressive 1,500% profit, having turned their initial equity of 0.3 BTC into 4.9. As the event plays out through the rest of August, expect to see new high scores and record-breaking profits posted by the world’s greatest traders, whose winnings will be bolstered by claiming the lion’s share of the 100 BTC prize.