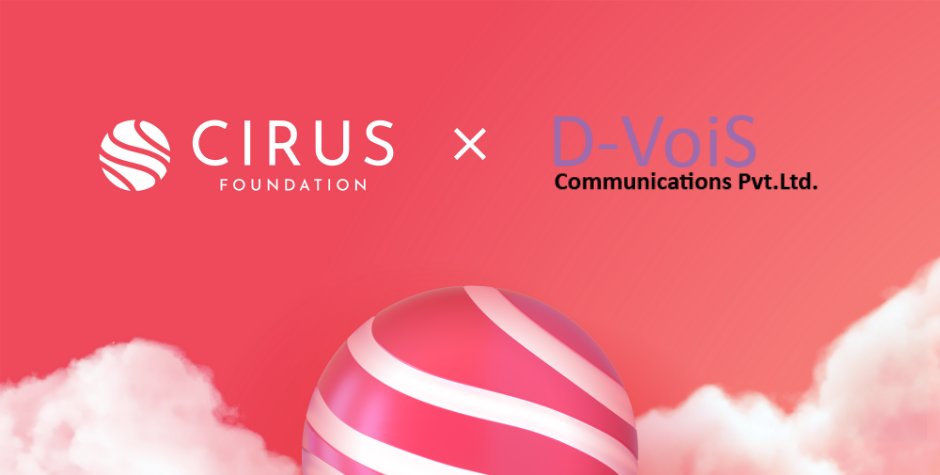 The Cirus Foundation platform will be an individual’s entryway into the digital economy by reshaping the future of data privacy. They will bring the necessary innovation to provide individuals with a genuine value from their daily routines.

As a result, Cirus will develop a trustworthy, secure, and decentralized network allowing people to seamlessly transact on a global scale as the world moves through this age of digital transformation.

Recently, the Cirus Foundation formed a strategic alliance with D-VoiS, a leading Internet Service Provider (ISP) in India. This collaboration will assure the Ciurs Device’s distribution to homeowners and connectivity to the platform data.

The Cirus platform will tap into a large market by offering a seamless solution that pays homes for their data insights while boosting broadband internet access in emerging markets.

The entire idea is to obtain broadband deployment from India, which is in a rapid development phase, and the deployment of Cirus devices suits the current market trend while providing value directly to users. D’VoiS will help with the deployment and installation of the Cirus Device within their existing user base.

How does the Cirus platform work?

The Cirus Foundation platform functions as a multi-layered ecosystem meant to expedite economic ownership by using the latest advances in hardware, software, and tokenized economy. They have created a gadget that will power their services, replacing the home internet router.

The platform ecosystem establishes a solid system that achieves three fundamental paradigm shifts in the way people contribute to their ownership economy. The ownership economy empowers people by reducing freedoms and monetization streams and providing access through protocols to select how they want to participate.

D-VoiS began as a fledgling business in 2006. Today, they are classified as an ‘A’ ISP and are one of India’s top six pure-play internet service providers. They offer cutting-edge internet solutions in various sectors of the Indian economy, including retail, hospitality, campus Wi-Fi, corporate, and public Wi-Fi.

They have built an extraordinary reputation with their “I-On” service, with over 25,000 access points and hundreds of thousands of clients.

What are the other benefits of the platform?

Aside from the Cirus platform’s benefits to consumers about their data, they also provide their users with their Cirus Token, the network’s native currency, and external platform interactions.

Their token has four key use categories: authentication, remittance, bridge & transactions, and network validation. The token’s utility functions as a remittance to user wallets which are accomplished utilizing Cirus as a bridge. When a new Cirus device is deployed for the first time, up to 25 Cirus tokens will be required to activate the device.

Half of the tokens are required for device activation and will be locked permanently. In contrast, the other half will be transferred from the Cirus Ecosystem Development Fund to validate the router initially. After a certain period, they will be offered a mining incentive for those who assist the Network by running nodes.

Where to find Cirus?