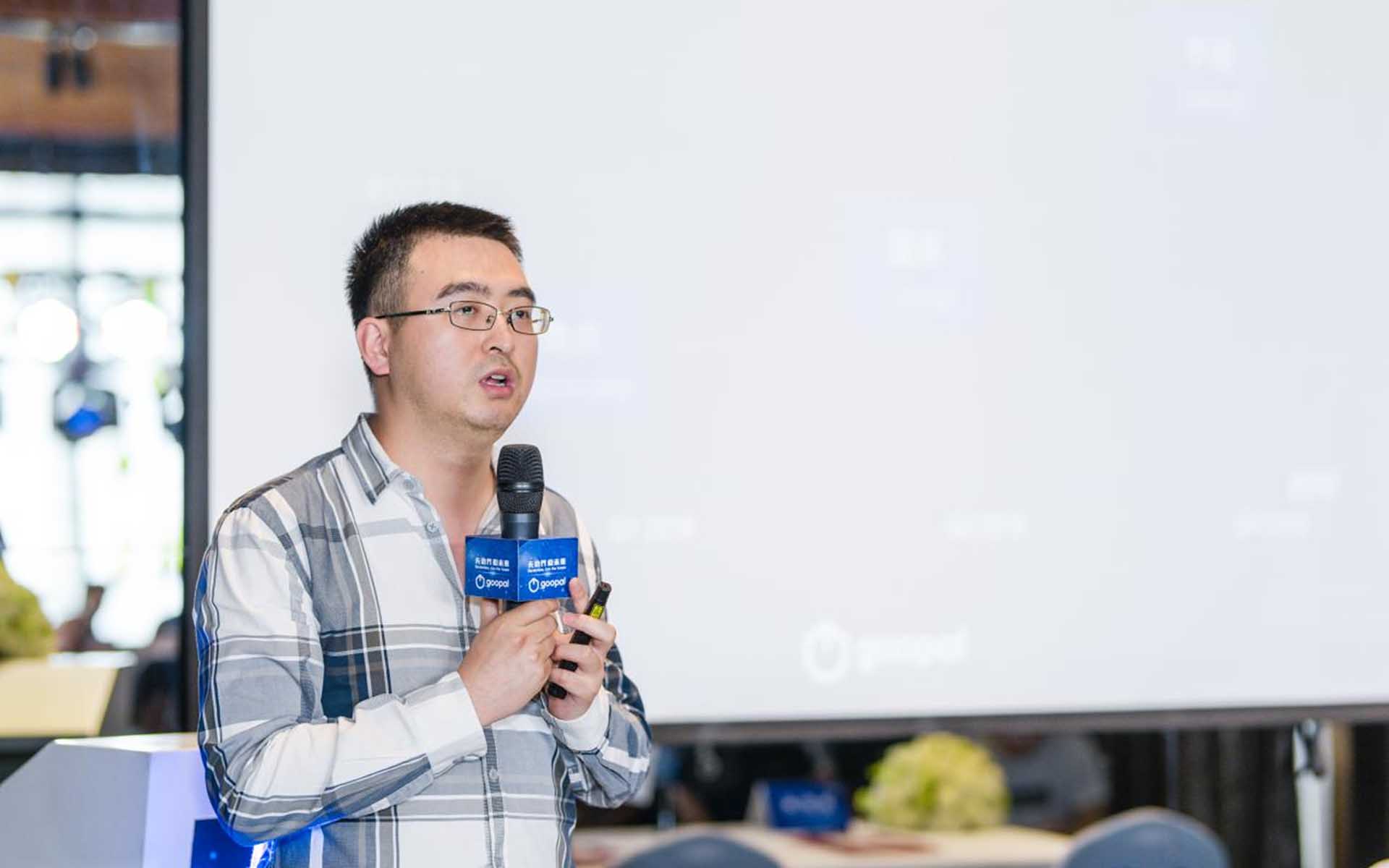 Achain Founder Tony Cui: We Are the Chosen Ones of this Era, We Shoulder its Destiny

Goopal Group on June 5 welcomed its $12 million-worth of A++ round of financing conference, which was attended by Achain founder and Goopal Group President Cui Meng, who shared his insight in the blockchain business.

Led by Junlian Capital and followed by SIG and other VCs, this round of financing will be mainly used for the development of the Goopal Group’s 20 blockchain projects as well as the search for promising blockchain startups to incubate.

Goopal Group is a blockchain company that focuses on the development of blockchain technology and its application in different industries. The blockchain ecosystem established by the Goopal Group is built upon Achain and covers projects such as public chains, blockchain forking, smart contracts, digital wallet, stable cryptos, credit information, social networking and others.

Cui, as the founder of Achain and Goopal Group President, gave a speech at the conference, revisiting his own startup story.

As early as 2014, Cui and Sun Jingtao, a successful entrepreneur, were both optimistic about blockchain. The two hit it off and started the blockchain entrepreneurial journey together, creating Goopal Group. Cui then focused on public-chain business and led the business development. In 2017, its leading product Achain has a global influence and the Achain-based projects also thrived.

Other blockchains can be created using the Achain network. Newly created chains are all equal. This is also in line with the Goopal Group structural culture. The Cosmos network is the ultimate form of Achain. All blockchains that are reproduced based on the Achain can be connected to each other to realize the exchange and sharing of values and data in order to build a boundless blockchain reality.

Achain’s volunteers and global communities spread over all continents of the world, covering nearly 100 cities and regions. With over 100 core volunteers, Achain is confident to become Top1 in the public chain industry.

Talking about the historical origins of Achain and the Goopal Group, Cui said Goopal’s story started with Achain, and now Goopal Group has grown fruitfully in an exciting way. The whole eco-system grew from a single plant to an endless forest.

How could I ever imagine that one day, we would be sitting in the palace, well respected and admired by many others? We are the Chosen Ones of this era, we shoulder its destiny.

For more information about Achain, please visit achain.com. Follow them on Facebook, Twitter, and Telegram to stay up to date with all the latest news and developments.