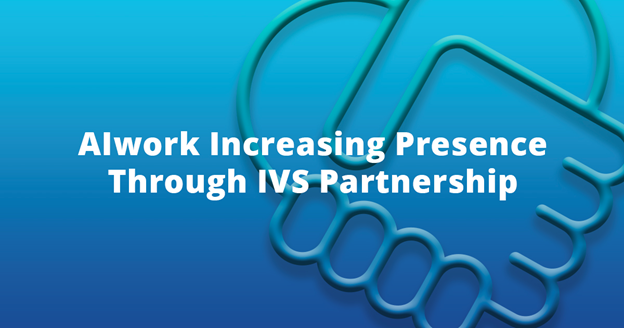 AIWORK And IVS Partnership And What It Means For Users

Artificial Intelligence, or simply AI, refers to systems and machines that have the capability to replicate human intelligence, utilizing it to perform specific tasks through the collection and analysis of data to provide outcomes. Artificial intelligence can also improve itself through interactions and learning from the data it analyzes. We are seeing artificial intelligence being used in several ways in our daily lives, such as,

However, these are not the only ways Artificial Intelligence is being used. Companies such as AIWORK are utilizing artificial intelligence and blockchain technology to address the problems of the online video industry, generating normalized and enhanced metadata for video content. AIWORK has recently announced that it has signed an MOU with IVS to develop a strategic partnership. So what does this mean for IVS’ over 120 million users in South East Asia (SEA)?

Recently, AIWORK signed an MOU with IVS, marking the beginning of a strategic partnership that would bring AIWORK’s blockchain technology to IVS’ 120 million users in South East Asia (SEA) through the latter’s extensive publisher network. AIWORK has combined blockchain technology and artificial intelligence into a revolutionary platform that individuals, companies, and institutions can utilize to process large-scale AI data sets. IVS and its online video platform support the top online and traditional media publishers in the South East Asia Region, having an extensive presence in the Philippines, Indonesia, and Malaysia.

AIWORK deploys AI computing nodes and AI human experts that companies and organizations can utilize to process AI data sets. Today, more and more people are watching videos online, with over a billion videos watched daily. This figure encompasses videos watched across a host of devices, such as laptops, tablets, and mobiles. The use of mobile videos has resulted in over 400 hours of video being uploaded online per minute. However, online video has a problem because metadata pertaining to the video is usually uploaded by the user, which dictates how a video is indexed, searched, and found. Incorrect or inadequate metadata usually means that most videos cannot be indexed properly. AIWORK uses artificial intelligence to address this problem, with the AI scanning, tagging, and indexing videos at the frame level.

Combining artificial intelligence and human experts will allow AIWORK to generate standardized metadata for video and, by leveraging blockchain technology, create a framework for a decentralized network that will deploy AI nodes powered by GPU and CPU resources which will scan media files and generate metadata. Any user from the community can become an AI node provided they have the necessary computational resources.

What The IVS Partnership Brings To Users

IVS has a user base of over 120 million in South East Asia, and AIWORK’s strategic partnership will allow the platform’s blockchain technology to reach all of IVS’ user base. The partnership will also enable users to contribute their computing power and earn AWO tokens by contributing to the ecosystem, performing simple AI tasks and train AI data sets. They can also spare unused computing resources, help compute large AI data sets, and earn token rewards. Interested users can simply visit the AIWORK website and register before the launch of the AIWORK marketplace.

When used in tandem, blockchain technology, and artificial intelligence can improve virtually any industry they are utilized in, with several companies exploring the implementation of the two, including AIWORK. AIWORK has shared a detailed roadmap detailing the progress the project has made and to present a clear schedule around the launch of its minimum viable product (MVP). The team at AIWORK is hard at work to ensure that the community can access the vest version of the MVP at launch.

AIWORK had only recently announced the successful listing of its AWO token on the MEXC exchange. The exchange was voted the “Best Crypto Exchange in Asia” award at the Crypto Expo Dubai. According to the roadmap, AIWORK is currently in the middle of Alpha Testing of the marketplace for job submission and review, following which the MVP should be released. The project will also be inviting select users to participate in further testing of the MVP

AIWORK’s partnership with IVS will give the project the avenue required to break into the South East Asian markets through IVS’ 120 million users. Users can sign up on the AIWORK website and perform simple AI tasks and help train AI data sets, and earn AWO tokens for their efforts. They can also loan out their unused computing resources and help AIWORK compute large AI data sets, allowing the project to scale their user-supported approach.