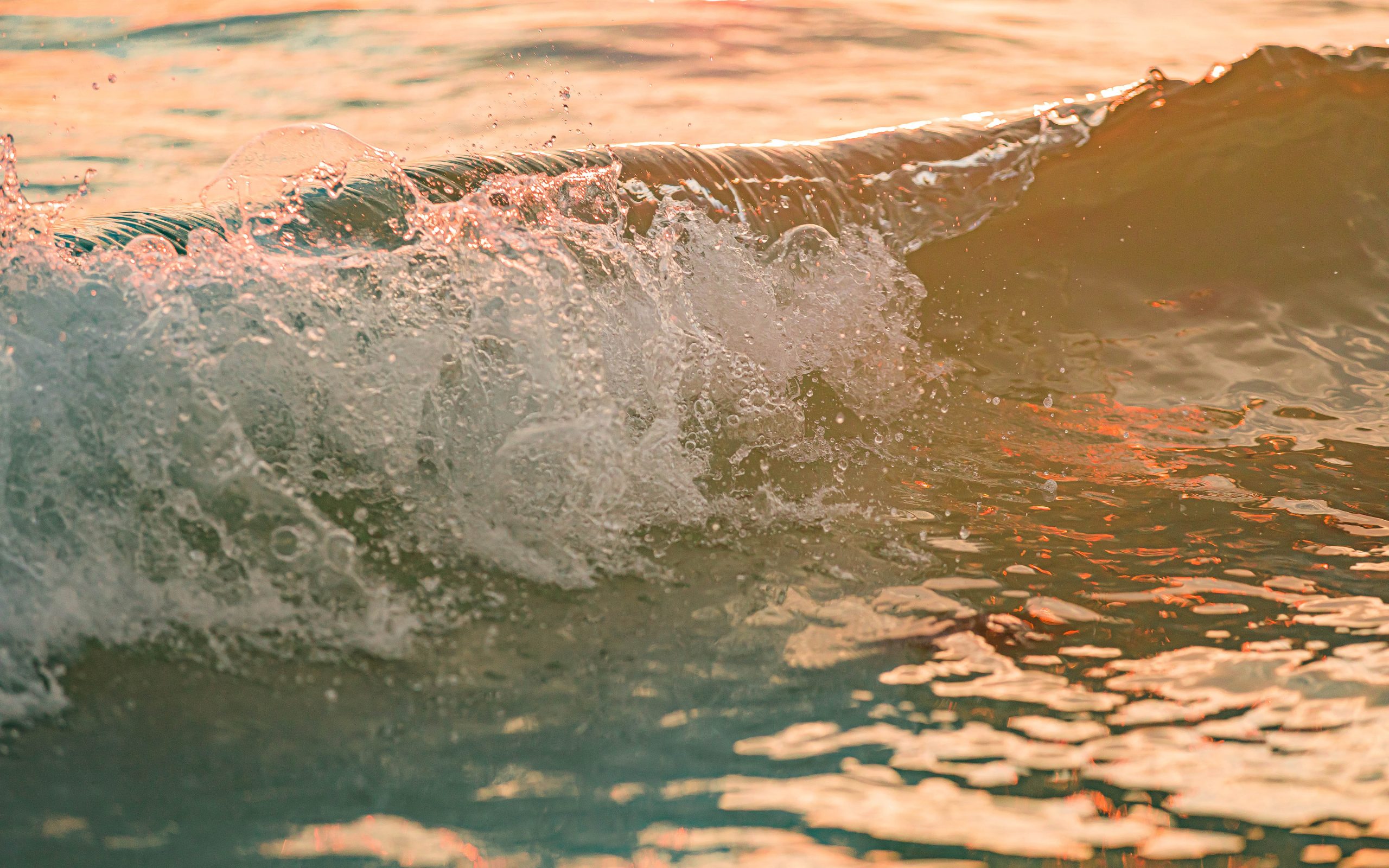 Ethereum has undergone a strong 10-15% rally over the past seven days that has brought it as high as $420. The coin currently trades for $412 as it positions to move higher.

The strength in the price of ETH comes as Bitcoin has held the $13,000 support, which many feared would mark the top of the rally. Bitcoin currently trades for $13,150.

One analyst shared the chart below, showing that ETH will likely move to $433 before the weekend finishes, then continue towards the yearly highs at $490 by the end of the month.

Other analysts agree with this sentiment. One crypto-asset trader shared the chart below, showing that Ethereum’s recent price action has allowed it to flip the $407 horizontal into support. This suggests that it will push towards the next important horizontal level at $445 in the days ahead. 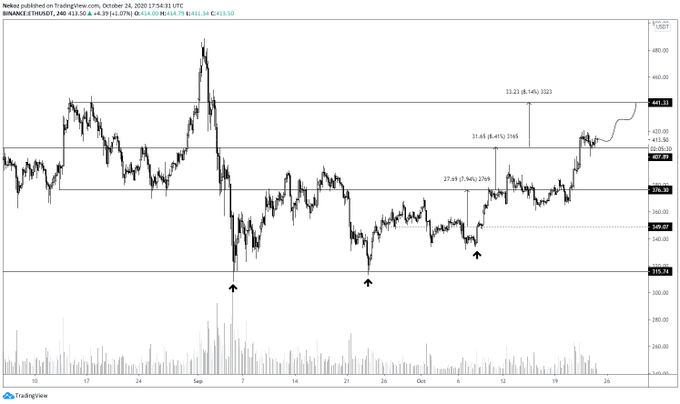 Ethereum has decent on-chain trends that suggest the uptrend will persist in the days ahead.

Santiment, a blockchain analytics firm, shared the chart below just recently with the following comment:

“There is good news and bad news for #Ethereum’s quest to again surpass the $420 price barrier. The good news is that miners aren’t selling, and there is a big increase in new $ETH addresses being created, and pre-existing addresses have shown an increase in activity. The bad news is that social sentiment is bordering on euphoric territory, and daily active deposits have jumped in a big way.”

As the company notes, there are a few reasons to be concerned, namely around Ethereum social sentiment and the number of daily active deposits to exchanges.

Bitcoin rallying higher would likely be enough to drive ETH higher in the days ahead, though.