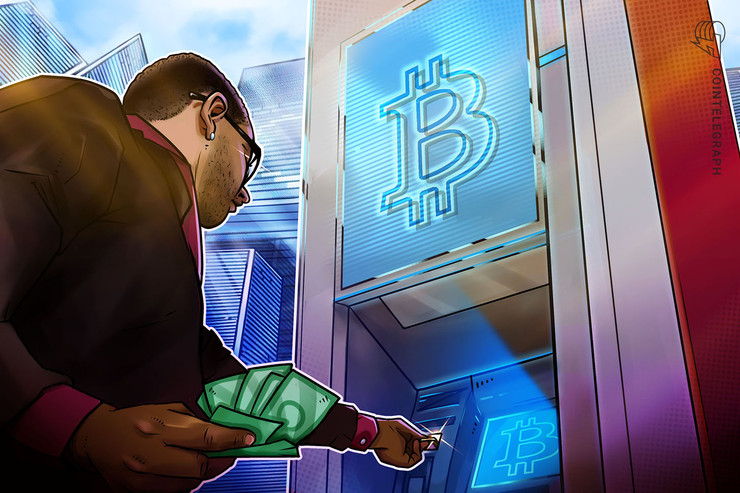 Athena has announced that it plans to install 1,500 new crypto ATMs across the country of El Salvador. It plans to do this ahead of the bitcoin law. The bitcoin law will go into full effect on September 7. Athena plans to invest $1 million into the project. This money will go to hiring new staff and towards the opening of an office.

Athena Bitcoin is a crypto ATM company. They install ATMs in different locations around the world. Their operations expand across the US, Colombia, Argentina. And now they’re about to add El Salvador to the list. You can buy or sell bitcoin on Athena ATMs. This is according to what is written on their website.

According to Athena, El Salvador’s president requested 1,500 ATMs. They admit that this is a challenge but will do it nonetheless. The plan is to install the machines in phases. Gradually hiring staff and opening an office so the process goes smoothly.

The crypto ATM company currently has two experimental ATMs installed in El Salvador. One of these is on El Zonte beach. The other one sits on the El Tunco beach. They’re part of an experiment popularly known as Bitcoin Beach.

This was in response to the passing of bitcoin as a legal tender in the country. Back on June 8, President Nayib Bukele had announced that bitcoin would not be accepted in the country. The law will make remittances from citizens abroad easier.

It would also aid in large business transactions. Using bitcoin would make the payments process easier and faster.

The news to install 1,500 bitcoin ATMs across the country broke recently. Although 1,500 might not seem like a lot, it is when you consider the size of El Salvador.

El Salvador is a relatively small country. It only measures 21 square kilometers. This means that with 1,500 ATMs, there will be an ATM for every 14 square miles.

This translates to a bitcoin ATM every 10 minutes. Citizens will have to go no further than 10 minutes when they need to buy bitcoin. 1,500 ATMs means an ATM for every 4,000 people.

The bitcoin ATMs will improve the ease of use of bitcoin. This project will help to quell skepticism around bitcoin’s availability to every citizen.

Athena Bitcoin has said that they will start in the busy areas first. Areas where there is more knowledge about bitcoin. And then they will work their way from there, gradually.

There are currently 22,170 bitcoin ATMs in the world. This stat was gotten from Coin ATM Radar.