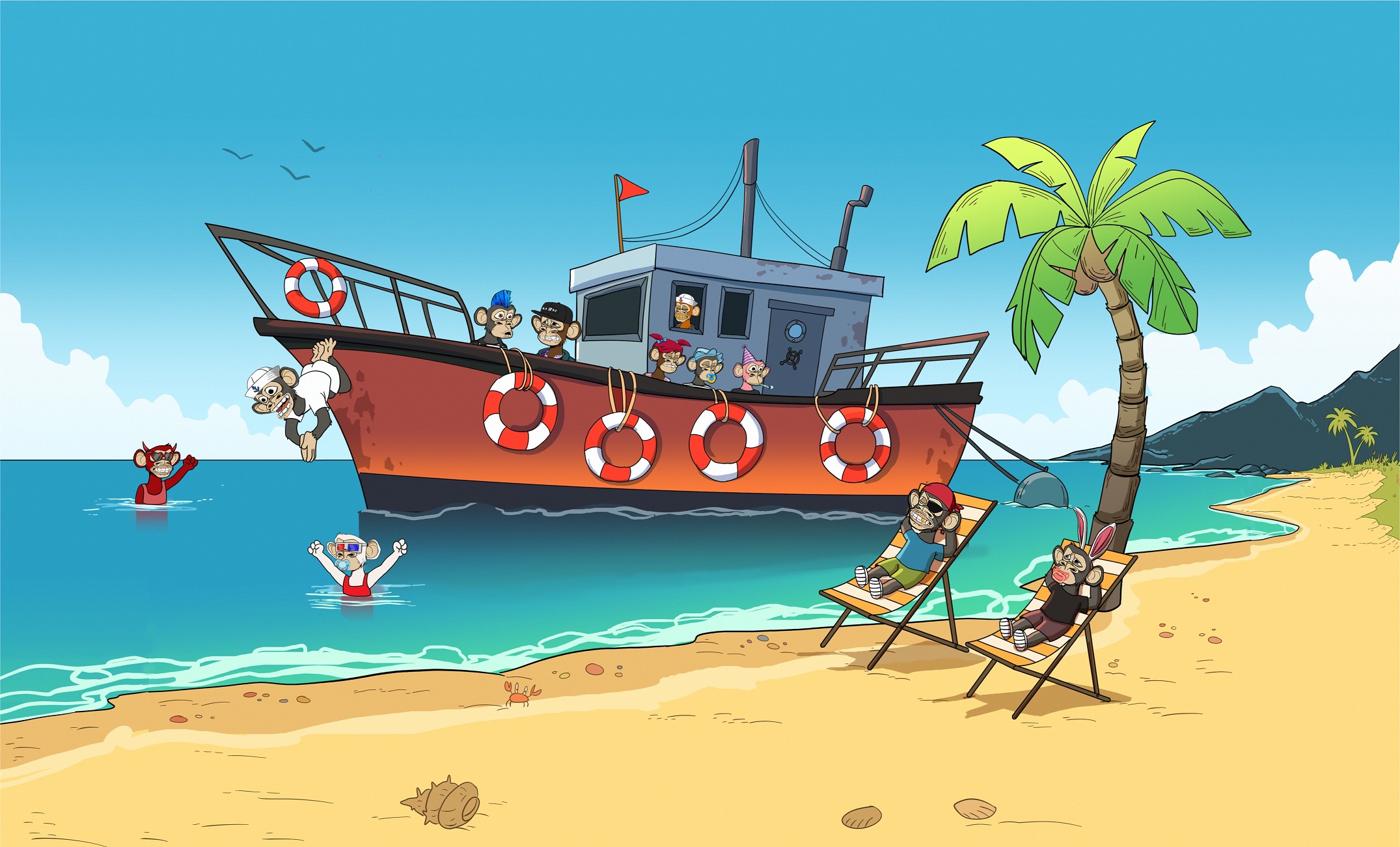 by Bitcoinist
in Press releases
16

Apes. Yachts. Non-Fungible Tokens (NFTs). These were the ingredients concocted to create the perfect influential foundation of the NFT Opensea experience. As swathes of copycats and duplications appear, not one project has been fully approved by the Bored Ape Yacht Club (BAYC) NFT Holders…until now.

What Is Baby Ape Boat Club?

Established in July 2021 for fun by BAYC NFT Holder, Chris Naser (aka Skurveydogg), Baby Ape Boat Club (BABC) features a collection of 333 Baby Apes – not yet financially stable enough to purchase their own yachts. Chris also hand-crafted all the artwork himself to avoid the generative art style commonly seen in the NFT space today. As the hype grew around BABC, so too did the number of holders; 181 holders to date. With only 333 NFTs in the collection, this makes BABC an extremely limited NFT series on the Ethereum blockchain!

Shaped around the BAYC, the usage of the likeness and traits have been fully approved by BAYC holders, making BABC the original Baby Ape collection. To be clear, BABC is a derivative project and not affiliated with the BAYC. With an average original mint price of around $100-$200, BABC are currently about to hit a total of 90 ETH traded on Opensea. With a solid floor price of .2 ETH, BABC have set plans for 2022 to launch an auction for 10 exclusive 1 or 1 Baby Ape NFTs; with proceeds from this auction will be donated towards children’s charities.

When it comes to putting community first, BABC doesn’t monkey around. Having grown completely organically thus far, the BABC community enjoys weekly giveaways and various member contests on BABC’s Twitter and Discord.  BABC’s two other team members, Dominik Paul Abraham (aka Nickee), and Nathanial Streich (aka PhantomStrike) can often be found active and engaged in the project’s community. A rarity now in the NFT space.

Furthermore, BABC plans to allow holders to stake their NFTs for passive income. For example, stake your NFT for a certain period of time so that it may be used within the shows, and the holder will receive a percentage of the proceeds of that t.v. series and merchandise. This would also apply to the educational apps where holders would receive passive income from clicks and in-app purchases, and children’s books where holders could stake their NFT for usage in the books; receiving proceeds from sales.

BABC: Charting The Course Ahead

BABC will be auctioning a total of 9 special high-rarity fur/trait Baby apes on Opensea from January 31st to February 6th, 2022. Additionally, following on from this auction, a brand new super high-resolution Baby Ape Mutant Club NFT collection of 3,333 mutant NFTs will be released February 18th, 2022. As an extremely limited NFT collection, auction opportunities like this are not to be missed!

To get involved and learn more about BABC, see the links below: