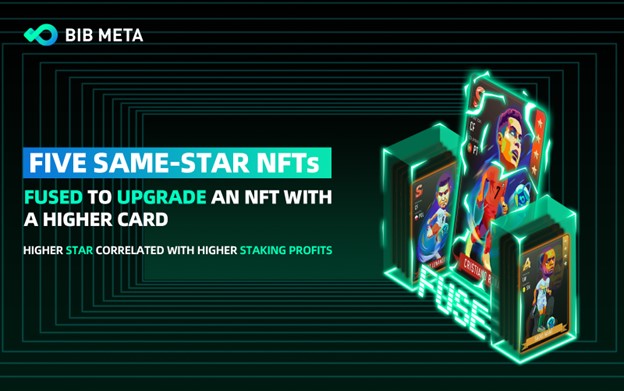 Blockchain has already taken the world by storm and there are millions of users who have currently invested in their favorite cryptocurrencies, which is a great feat for a technology that has existed for just a little more than a decade. One of the reasons why blockchain is popular is because it offers true decentralization.

The development around the blockchain ecosystem has been rapid in recent times despite some drawbacks in the market due to constant hacks and a looming global economic recession. The crypto market is still strong because of new developments in NFT, DAO, Web3 and gaming. NFT is one of the most fascinating developments around the crypto ecosystem today.

NFT is not about selling digital artworks only as many believe today, NFT is about to change the game in terms of true ownership in gaming, intellectual properties and security. Many companies are leading the charge to integrate the NFT world to our existing world, but no company does it better than BIB Meta.

A supernode consist of the top 30 total delegation from users and other community nodes, an ordinary node will be upgraded to supernode if it meets the user and enjoys privileges such as BIB token profits from NFT staking, dividends from node credential and profits from delegations from the initial capital.

BIB Meta NFTs has joined the race to the world cup, BIB Meta have provided a set of trading cards that comprise of 160 picked football stars which are graded according to their ratings which means ease football star has 150 pieces of of 1-star trading cards and 10 pieces of 3-star cards available for auction. Every star can be upgraded and users can trade their cards in the BIB decentralized marketplace.

BIB Meta ecosystem brings the power of Decentralized Autonomous Organization (DAO) into web3 and the NFT ecosystem. BIB DAO ensures users will have to decide on what happens in the BIB ecosystem just by staking the native $BIB tokens which means users can vote on changes and how the BIB Meta ecosystem will operate in the future. Users who participate in the ICO whitelist can enjoy the benefit of purchasing the BIB tokens for a discount to gain an advantage in the BIB DAO ecosystem.

The BIB Meta NFT is indeed the future of NFT with several powerful benefits including participation in gaming and real life events like the World Cup, delegating nodes and fast trading for profit opportunities. You can participate in the amazing world by joining the upcoming Public Sale expected to launch on Nov 11,2022.