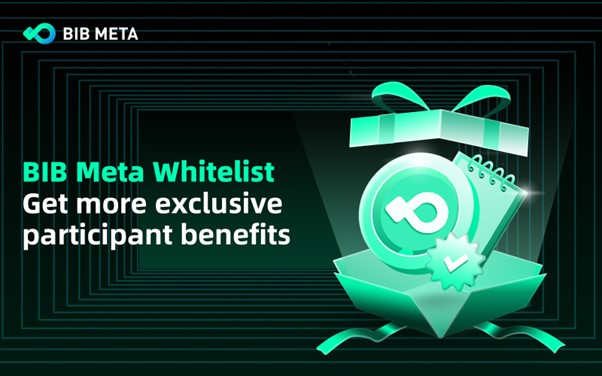 BIB Meta Superstar NFT, the world’s first NFT collection supported by platform token, is finally greeting fellow global citizens! Its whitelist activity commenced from September 29, 2022 and is scheduled to end on October 30, 2022 at 23:59 (UTC+8), in which the activity is in full swing as of now. With its innovation in terms of value creation, BIB Meta Superstar NFT is said to be a recent bandwagon that brings frenzy to the crypto market.

What is BIB Meta Superstar NFT?

BIB Meta Superstar is an NFT collection established on Binance Smart Chain (BSC) which constitutes 160 finely crafted ERC721A football star NFTs with 7.5% royalties. The collection is categorized into 4 tiers namely S, A, B and C that consist of 10, 30, 50 and 70 football stars respectively. Each football star has 150 1-star NFTs made available in the market, to be exact, there are 24010 NFTs altogether with 10 of them being exclusively open for auction. These voguish NFTs are minted through burning BIB Token which all the transactions such as those involving royalties and platform earnings are transparent and traceable on chain. With multiple star-levels and tiers, these NFTs are certainly unique pieces of art that are remarkable for appreciation as well as collection.

As BIB Meta Superstar NFT collection is supported by its platform token, users are allowed to mint NFT using BIB Token and use it as an entrance ticket to take part in various applications in the BIB Meta ecosystem. The mutual empowerment between BIB Exchange and BIB Meta furnishes NFT high liquidity and value beyond its attribute. The 3 main features of BIB Meta Superstar NFT that have to be emphasized are as follows:

NFT Staking: One of the dimensions that illustrates the value of an NFT clearest in the BIB Meta ecosystem, stake and get rewarded!

Community Nodes: The most eminent core function of the BIB Meta ecosystem on account of its comprehensiveness. Users get to create a community node through staking a 3- or 4-star NFT along with delegating a certain amount of BIB Tokens. For the most part, the community nodes are ordinary nodes. However, an ordinary node will automatically be upgraded into a super node when it tops the first 30 in the rank of total delegation volume, which gives a supplementary boost to the claimable rewards.

The mechanism of community nodes has built a close tie between BIB Meta and KOL as it motivates the KOL and their communities to work on and share the attractive rewards together through cohesion. This promotes a win-win situation where everyone involved, such as the project developer, KOL, users, etc.  gets to be benefited without anyone being exploited.

BIB Meta will commence its auction of BIB Meta Superstar NFTs on October 24 at 14:00 (UTC+8), offering 10 3-star S-tier NFTs for the public to snatch up. The lucky ones who win the auction can either sell the NFT directly to gain high profits or create a community node with it to enjoy long-term profits.

As staking profits are highly associated with staking weights, acquiring an NFT from auction can be mightily favorable in the timeframe before public sale and after auction.

In the meantime, the owners of a 3-star NFT get to create a community node prior to others for capturing more BIB delegation at the initial stage. In comparison to acquiring a 3-star NFT through fusion, winning it from auction fixes the owners up with an expressway which vastly boosts the likelihood of a community node being upgraded into a super node.

In the foreseeable future, BIB Meta will be embedding the BIB Meta Dao system into community voting and development. Not to mention, more dimensions such as NFT Lending and GameFi are expected to be realized under the implementation of the NFT MetaFi system. Keep your eyes on BIB Meta, it is assured that you will not be disappointed by all the upcoming instrumental and exciting features!

Quantity: 3000 whitelist spots, each spot is allowed to mint 3 NFTs

Requirements: To be a part of the activity, please

Participation: Accrue points by completing tasks, in which each 60 points grants a whitelist spot! According to the task guide, complete mandatory tasks to unlock BIB Exchange, social media and community tasks. There are tasks with different reward points in the lists for users to complete at convenience, which users who achieve 60 points will obtain a whitelist spot on a first-come, first-served basis.

BIB Meta is the world’s first Web3 ecosystem of a crypto exchange exclusively constructed with the aim to realize the mutual empowerment system of BIB Exchange and BIB Meta. BIB Meta embraces DeFi, NFT, GameFi and other modules by integrating dimensions such as the sale of NFT, trading, fusion, match prediction, NFT collection, community nodes, virtual sports game, etc. All these broaden the world of blockchain and give rise to a more complete loop to the Web3 ecosystem. In the foreseeable future, BIB Meta will inaugurate a MetaFi system that allows lending through NFT and community nodes with BIB Tokens as a medium to initiate the vitality of the BIB Meta ecosystem.