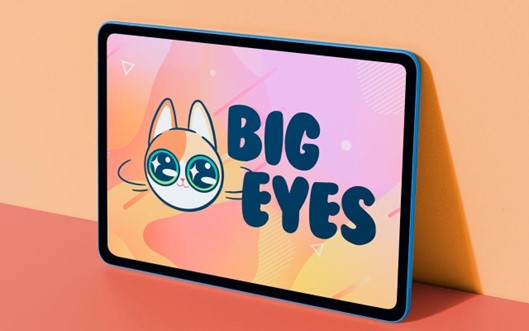 Big Eyes Coin, the New kid on the Block Taking on the Likes of Dogecoin, and Dogelon Mars

Big Eyes Coin (BIG) is a relatively new coin, but people are already comparing it to the more established coins like Dogecoin (DOGE) and Dogelon Mars (ELON). When a new coin gets compared to these meme coin giants, you know that there is something it must be doing right. That’s why in this article, we’ll be looking at Big Eyes, what it’s about and how you can get in on it. We’ll also briefly rehash the stories of Dogecoin (DOGE) and Dogelon Mars (ELON) to remind ourselves why they’re in their high and exalted position today. Without further ado, let’s get down to business.

Big Eyes Coin (BIG), The Cat Giving Dogs a Run for Their Money

Before Big Eyes Coin (BIG), most memecoins were dog themed. Dogecoin, Shiba Inu, Dogelon Mars, Floki Inu, Baby Doge, e.t.c. are all named after dogs. There are a few different ones, like Apecoin, but most coins are dog themed. That’s why seeing a cat-themed meme coin felt like a breath of fresh air, especially for cat lovers. Big Eyes Coin (BIG) is capitalizing on its cuteness to attract crypto users. It will do that while working on innovative solutions to the challenges in the Blockchain world today so that it’ll still be relevant in the next 10 to 20 years.

BIG is creating NFTs, which will also be super cute. It has plans to get into the top ten NFTs in the world soon. The Big Eyes community is at the heart of everything that Big Eyes does, which is why it has reserved 90% of the total token supply for purchase by the public. 70% is already up for sale in the presale, which is currently ongoing. Many bonuses will be dished out to early adopters, so the earlier you get in on it, the better for you.

Dogecoin (DOGE), the Grandfather of the Memecoins

Dogecoin (DOGE), launched in 2013, was the first memecoin introduced into the cryptoverse. It was relatively unknown until 2020, when it burst onto the scene and was suddenly the topic of conversations in the cryptoverse. Its growth shocked everyone, as it went from being a joke of a coin to one of the top twelve cryptocurrencies on Coinmarketcap in two years. This growth is why everyone started paying more attention to meme coins; thus Dogecoin (DOGE) can be said to be the grandfather of memecoins.

The Survival Story of the One Dog Army, Dogelon Mars (ELON)

Dogelon Mars (ELON) is a fictional character in a beautiful story of a dog’s fight for survival. The dog called Dogelon Mars was from Mars, but his planet was ruined. He had to travel through space and time to get to Earth and figure out what was wrong and how to fix it. In the process, he created the Dogelon Mars (ELON) coin, named after Elon Musk, although he has no affiliations with it. Dogelon Mars (ELON) has since grown in leaps and bounds and has shown great promise, which is why it’s one of the coins to beat.

Dogecoin (DOGE) and Dogelon Mars (ELON) have become industry standards among memecoins, so most memecoins want to mimic their trajectory. They’re both dog themed, but a cat-themed cat is now here to give them a run for their money. It’s going to be an exciting showdown, so grab your popcorn, and let’s enjoy the show.

For more information on Big Eyes Coin (BIG), go to: