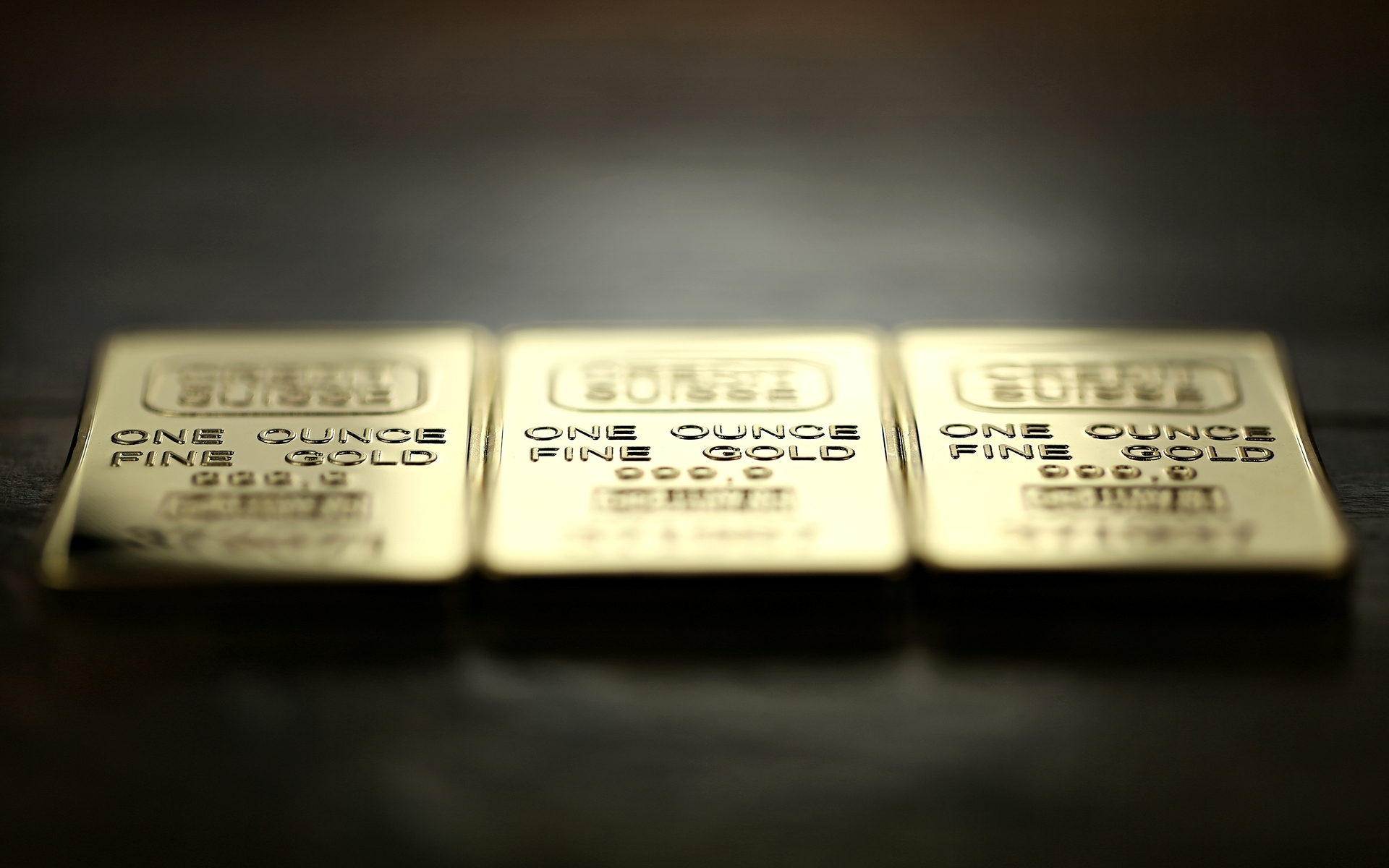 Gold might be the next milestone for Bitcoin as there appears to be little that can stop the current ‘bull run’ as price has broken the $1,100 mark.

And the beat goes on! It is clear that there is little that can stop the ‘bull run’ Bitcoin is on right now, as Bitcoin price has passed $1,100 just 72 hours after reaching four figures on New Year’s Day.

This epic push towards new all-highs has been in the makings for a long time. The first major push began on Election Night, November 8th, 2016, in the United States. When it became clear that Nationalist Donald Trump would beat the establishment’s choice, Hillary Clinton, investors moved into an established ‘safe haven,’ and Bitcoin value jumped over $3o USD in a matter of hours. 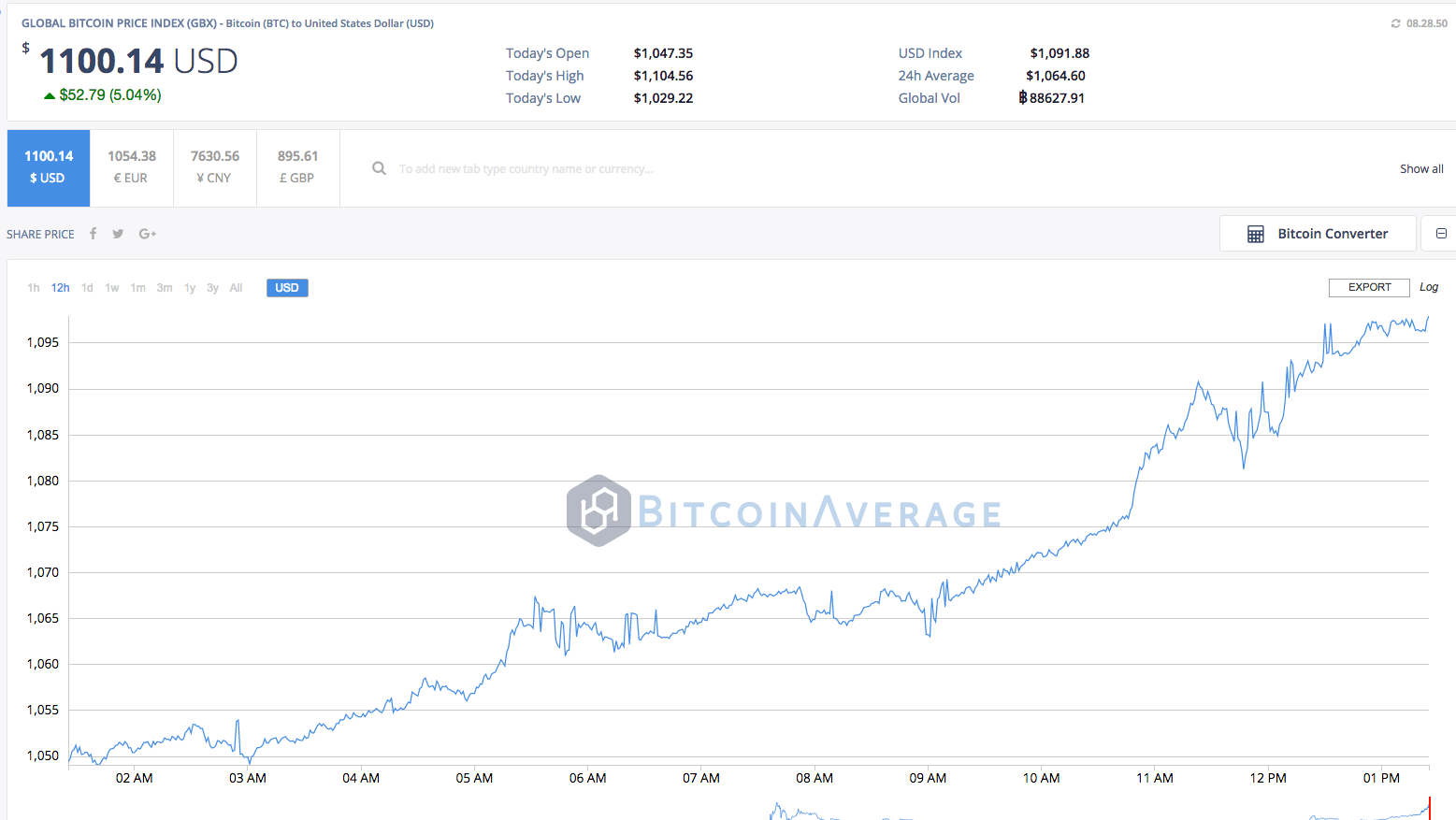 How Did We Come This Far This Fast?

The Indian government its central bank’s demonetization for the nation, that very same day [November 8th], didn’t hurt values, and Bitcoin price was able to maintain those gains going forward. Values stabilized for a few weeks until about December 21st, 2016, and then the players in China seem to take the baton from there, where about 95% of the global Bitcoin purchasing power comes from. 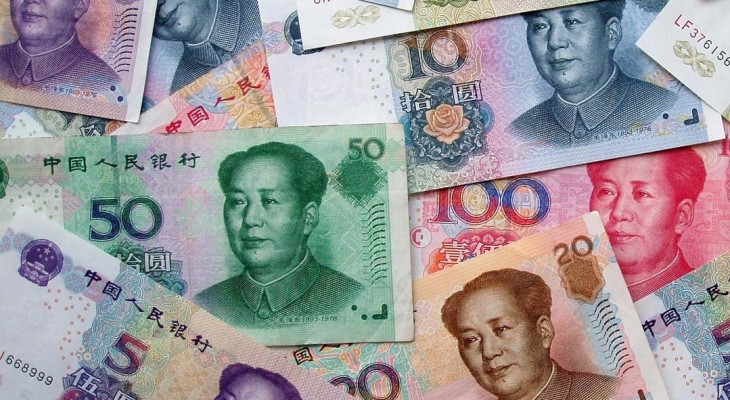 Bitcoin was trading for less than $800 until the 21st, and its price has been accelerating ever since. From what I can gather, this extended run over the last two weeks indicates two things working in succession.

It must be understood that foreign asset regulations in China mandate that it is legal to move $50,000 USD worth of Chinese Yuan annually in foreign asset classes. Therefore, I surmise that those who had not taken advantage of Bitcoin’s value in 2016 waited until the last ten days of the year to do so, which would explain the run-up from about $800 to about $965 by year’s end.

This week starts a new year, and a new quota for this new year. Thus, a new flood of investment capital was laying in wait. Surely, there were many, many investors in China who had been waiting for weeks, if not months, to invest in Bitcoin this week, and these price predictions seem to have come to fruition. In fact, the top altcoins are all in the green today as well (via CoinCap.io): 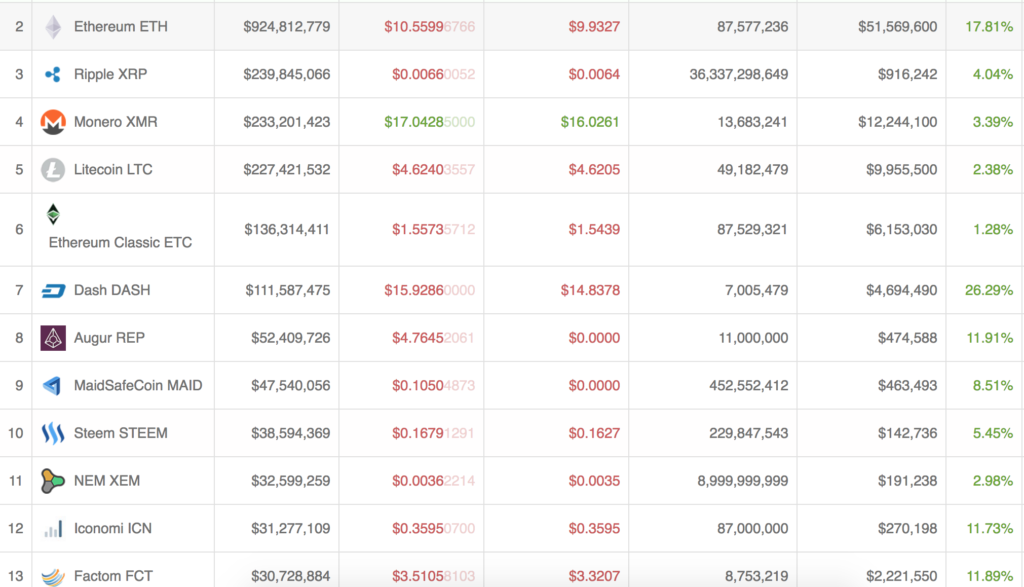 Ok, so what’s next for Bitcoin?

If it can gain $100 in value in 72 hours, who is to say it won’t do it again? If China maintains this momentum at this rate, the price of Gold (approximately $1,165 USD as of this writing) is the next milestone. 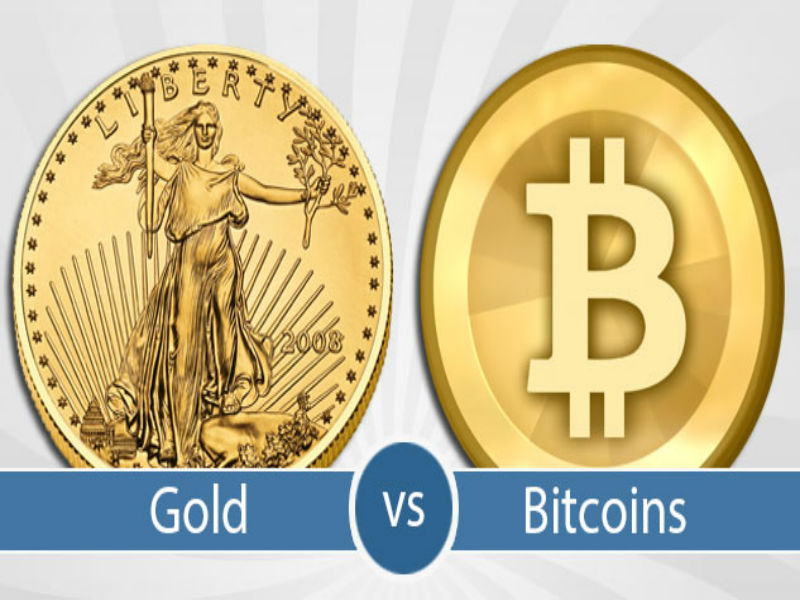 After that, the all-time Bitcoin high ($1,183, according to Bitcoin Average) is all that is left, and both could happen by week’s end.

Will Bitcoin overtake Gold soon? Share your thoughts below!