Bitcoin Analyst Details 3 Reasons Why He Expects Price to Fall to $13.8K 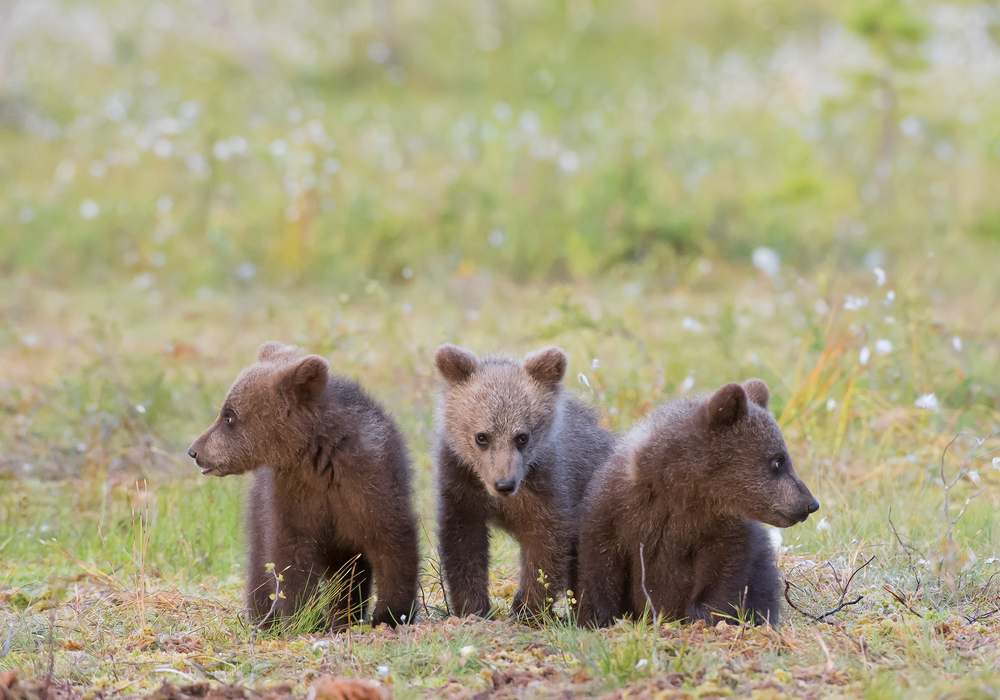 Bitcoin Analyst Details 3 Reasons Why He Expects Price to Fall to $13.8K

If there was any barrier sitting between Bitcoin and its all-time high, they don’t seem to be there anymore.

The last few weeks have encountered the flagship cryptocurrency in a tireless uptrend, setting one year-to-date high after another. On Wednesday, it achieved another mettle by jumping towards $18,500, a level it last touched in January 2018 during a corrective downtrend from $20,000.

But to some analysts, the ongoing Bitcoin price rally has risks written all over it. One of them—a TradingView.com-based pseudonymous chartist—discussed those bearish possibilities in a note published earlier Tuesday. He detailed them with three technical indicators, adding that they hint Bitcoin would fall to at least $13,868 in the coming sessions. 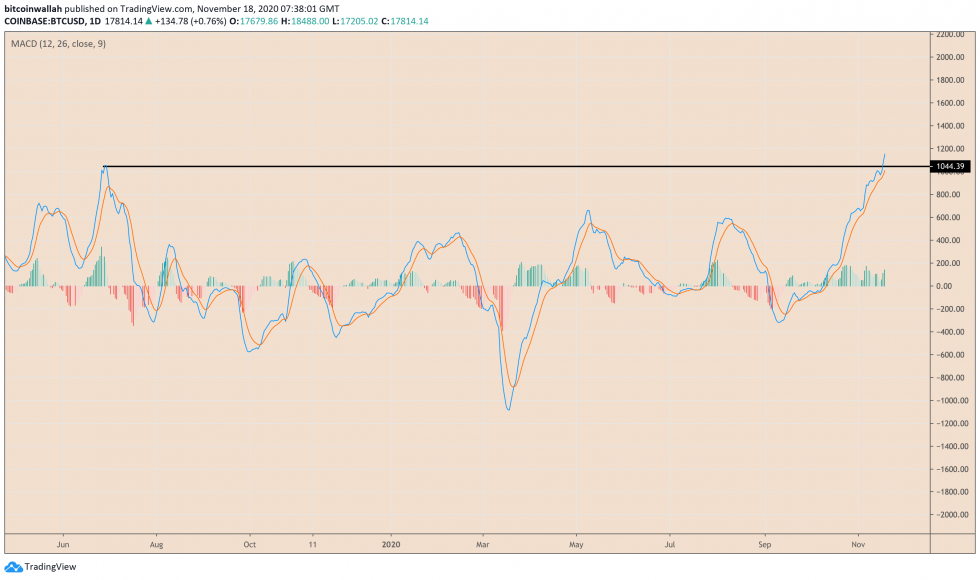 He stressed a so-called MACD resistance. Back in 2019, the Bitcoin price topped at $13,868 while its momentum oscillator peaked near 1044. However, this year witnessed both the cryptocurrency and its MACD breaking above the said upside ceilings. As BTC/USD broke above $18,000, the MACD also jumped above 1044.

The analyst saw this as an overstretched scenario that amounted to an aggressive downside correction. Treating 2019 as his primary fractal, he noted that BTC/USD could stretch its upside to an all-time high but would fall back below $14,000 on the next sell-off.

The next bearish factor in line is the growing divergence between the Bitcoin price and its daily trading volume. Many traders agree that when an asset’s rate rises with decreasing volumes, it shows that the uptrend is losing pace. The TradingView analyst cited the same catalyst behind his downside call, stating:

“The volume has been falling while the price has been rising. This is a bearish indicator, showing that the trading activity is supporting the elevating prices at a decreasing rate.” 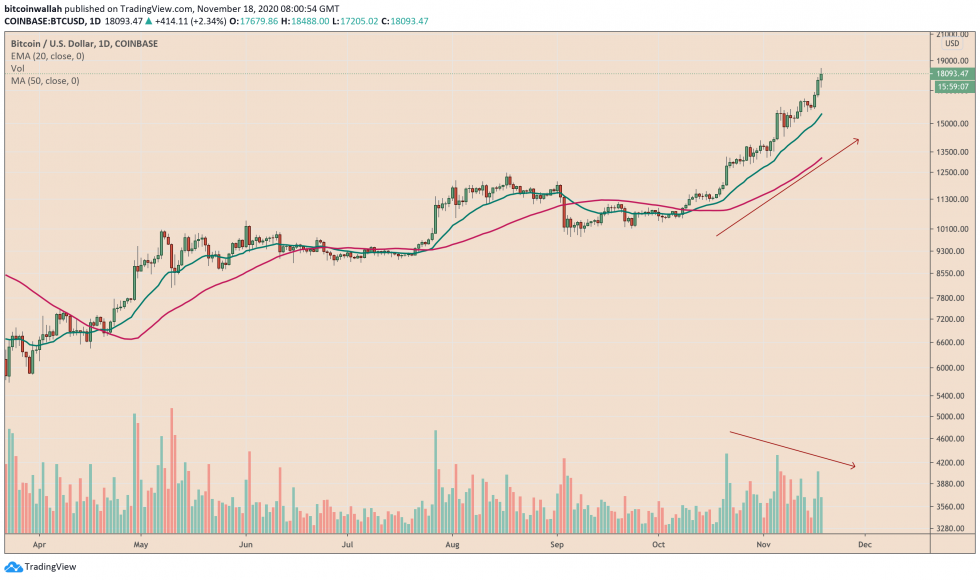 #3 The Inverse Head and Shoulder Pattern

Another signal that aimed to prove Bitcoin’s rally above $18,000 as overstretched is an inverse Head and Shoulder pattern (IH&S).

Bitcoin market outlook as of November 17, presented by MagicPoopCannon. Source: BTCUSD on TradingView.com

The analyst noted that the Bitcoin price, on November 17, achieved the breakout target of $17,100 of the said technical pattern. He anticipated that a bearish correction from the local top would crash the price towards $13,868. Nevertheless, the price rallied further towards $18,500 during the Wednesday session.

Last checked, Bitcoin was undergoing a sell-off near the new YTD high that risked an extended downside move towards $17,000. Should that happen, the breakout move above $17,000 could prove to be a fake one, validating the analyst’s call for the 2019 high retest.