Bitcoin appeared to hitch a ride on Elon Musk’s rocket on Friday. The cryptoasset soared by 20% to hit $38K as the world’s richest man added #bitcoin to his Twitter Bio, and a record number of options contracts expired. However, despite the spike, soon enough the world’s largest crypto was drifting back to earth. 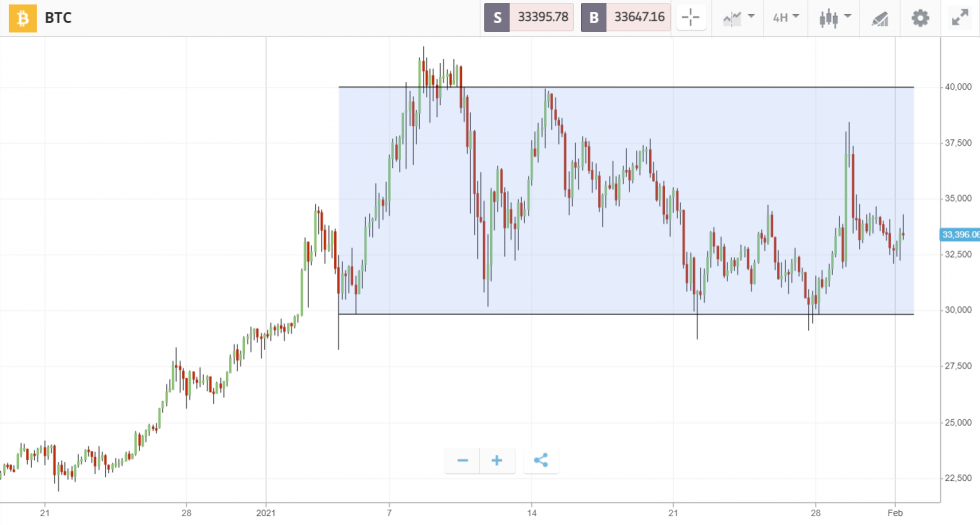 This wild swing concluded an otherwise relatively quiet week in the cryptoasset market. Bitcoin largely drifted sideways as a report revealed that Ivy League universities have been accumulating the cryptoasset, while Stellar, EOS, and other altcoins made double-digit gains.

Ray Dalio comes round to Bitcoin

In yet another example of crypto-skeptics changing their tune, billionaire Wall Street legend Ray Dalio has come round to Bitcoin.

“I believe Bitcoin is one hell of an invention” said the former doubter in a post on LinkedIn,  before concluding that the cryptoasset “looks like a long-duration option on a highly unknown future.”

Dalio’s comments come in the same week as two other high-profile figures made their feelings known. VISA CEO Alfred Kelly said the company is “uniquely positioned to help make cryptoassets more safe, useful and applicable for payments”, and Billionaire Mark Cuban wrote on his personal blog that blockchain-based assets have “now legitimately become stores of value.”

Mayhem hit the US stock market this week as the WallStreetBets subreddit group co-ordinated a 700% rally in GameStop’s price, forcing hedge fund Melvin Capital to close their short position with billions in losses.

In response, many trading apps suspended functionality — spurring the turmoil further as traders sought alternative ways to buy and sell.

Industry commentators took this as a positive omen for decentralized assets. SkyBridge Capital’s Anthony Scaramucci told Bloomberg that the saga “is more proof of concept that Bitcoin is going to work”, and Anthony Pompliano said to CNBC that the events will serve to “accelerate the digital decentralized financial system.”

Looking ahead, Wall Street-inspired upheaval for the crypto market could be on the cards. Crypto subreddits saw 500% growth in the past week, and some suggest the new traders could be looking to hunt the stop losses of hedge funds shorting Bitcoin.

On Wednesday, another potential catalyst could move the market, as thousands of corporate directors come together for Michael Saylor’s Bitcoin Corporate Strategy virtual summit. This is designed to help other firms follow MicroStrategy and add Bitcoin to their balance sheet.