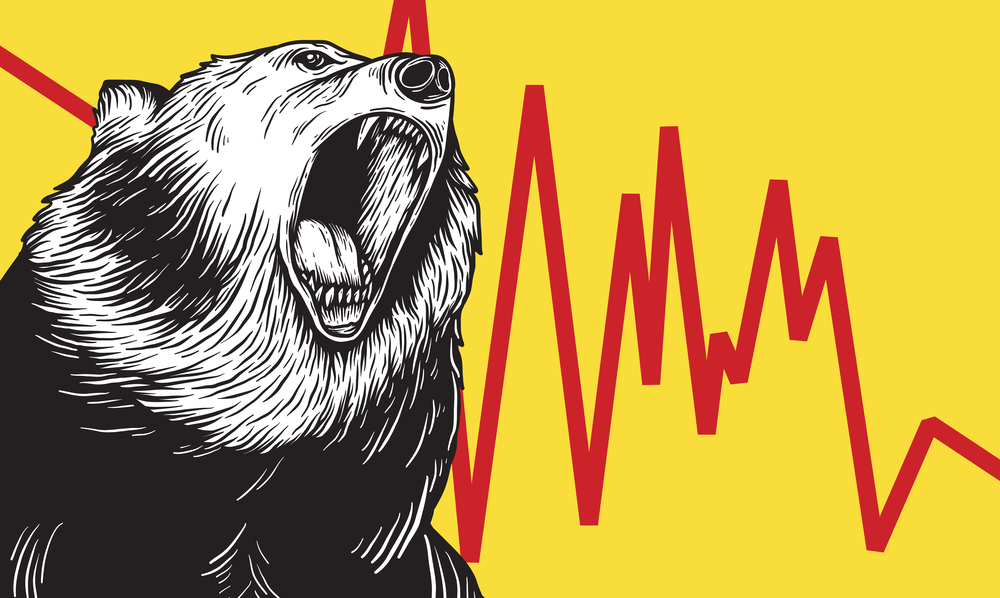 Bitcoin’s efforts to recover from its two-week price dip fell short as it closed towards a psychological pullback junction.

The benchmark cryptocurrency pared its earlier gains above $34,000, falling by as much as 6.83 percent to trade at an intraday low of $31,990. It has added over 18 percent to its valuation following a dip below $30,500 in the previous sessions. But a higher selling pressure in the $34,000-36,000 area limited the upsides, leaving the price in a choppy range.

So it appears, Bitcoin started forming a series of lower highs after it established a record peak near $42,000 on January 8. Meanwhile, a stronger buying sentiment in the $30,000-31,000 range served as support. The overall trading range appeared like Descending Triangle, a bearish reversal/continuation pattern regarded by professional traders. 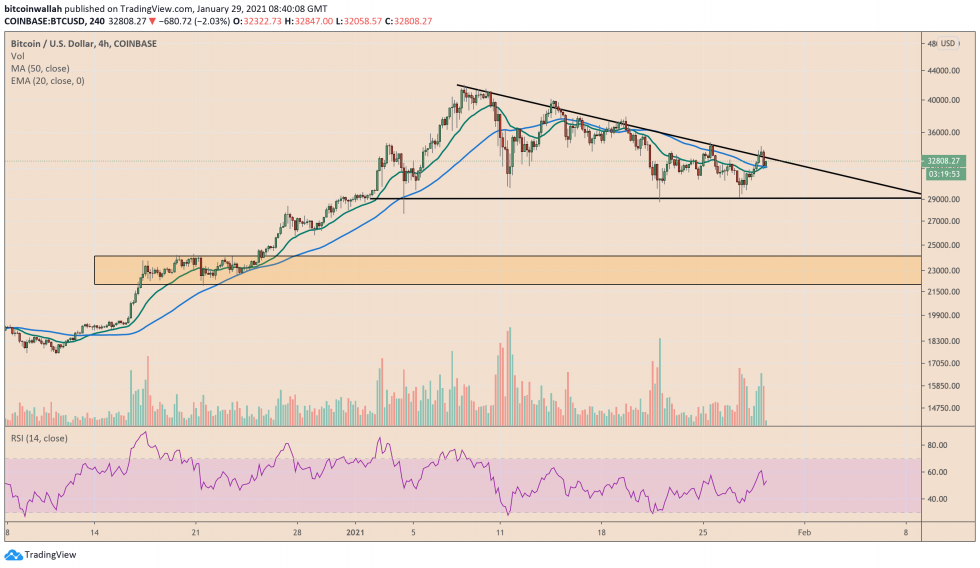 At Friday midnight, Bitcoin retested the Triangle’s upper trendline for a breakout but failed. A pullback ensued, and the price fell back—apprehensively—to retest the channel’s lower trendline. The chances of it happening increased further as CryptoQuant CEO Ki-Young Ju revealed an on-chain bearish signal.

The blockchain analyst noted a spike in the so-called Exchange Whale Ratio, representing the top 10 bitcoin transactions divided by total inflows. If the ratio stays below 85 percent, it signals a bull market. Conversely, a reading above 85 percent warns about a bearish assault.

On Friday, the Exchange Whale Ratio reached its eight-month high, leading Mr. Ju to say that “BTC might have a large red candle if the price drops.”

“It’s supposed to be below 85% if this bull-run is legit. Otherwise, it’s likely to be a bull trap,” he added.

Bitcoin’s Descending Triangle formation hinted at a deeper price retracement if the price breaks below its support level.

Technically, an asset should fall by the maximum distance between the Triangle’s upper and lower trendlines following a bearish breakout. In Bitcoin’s case, the gap spans $12,000, which puts the cryptocurrency en route to below $20,000 in the medium-term.

Nevertheless, adjusting the Triangle pattern’s lower trendline also makes it look like a Symmetrical Triangle, a bullish indicator in an uptrend. 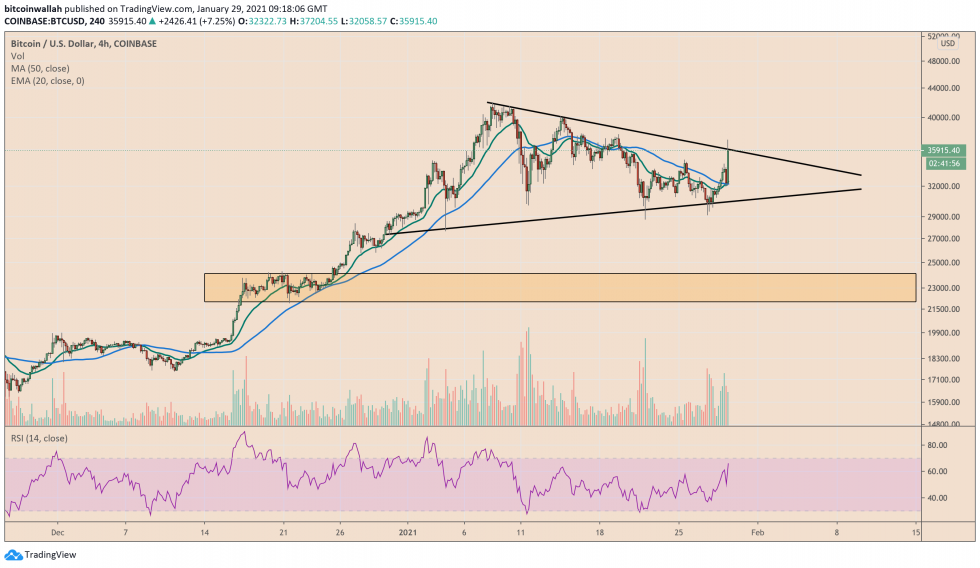 A breakout above the upper trendline, coupled with high volumes, expects to take the bitcoin price above $50,000 in the medium-term.