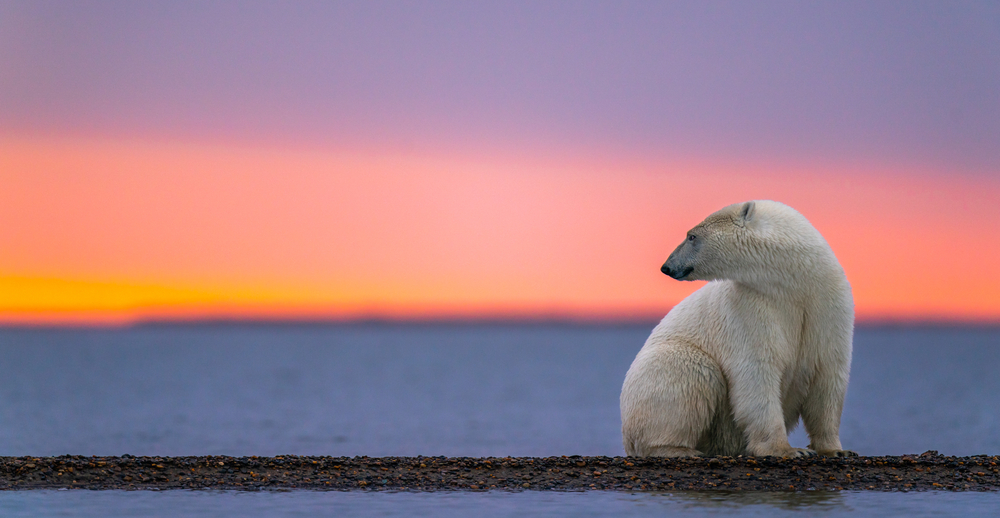 An overnight sell-off in the Bitcoin market Monday brought its prices down from an intraday high of $34,888 to as low as $31,435.

The approx 10 percent decline occurred as traders’ anxieties mounted over a JPMorgan report that cast doubts over Bitcoin’s potential to retest $40,000. According to Nikolaos Panigirtzoglou, the lead strategist at JPMorgan & Chase, one of the major catalysts behind Bitcoin’s supersonic rally was the Grayscale Bitcoin Trust, which amassed about $20 billion worth of BTC during its 1,000 percent price rally.

Nevertheless, the last couple of weeks saw a decline in the New York fund—of about 22 percent—that surpassed Bitcoin’s very own downside correction of 17 percent.

Mr. Panigirtzoglou added that a drop in Grayscale’s accumulation spree might hinder Bitcoin’s attempt to reclaim $40,000 or the levels above it, adding that “the near-term balance of risks is still skewed to the downside.”

The bearish fundamental risked activating a classic bearish reversal pattern that has emerged on the Bitcoin charts lately. The BTC/USD exchange rate has been forming a sequence of higher lows on repeated upside rejections while holding its footing at a horizontal support area. The pattern appears like a Descending Triangle. 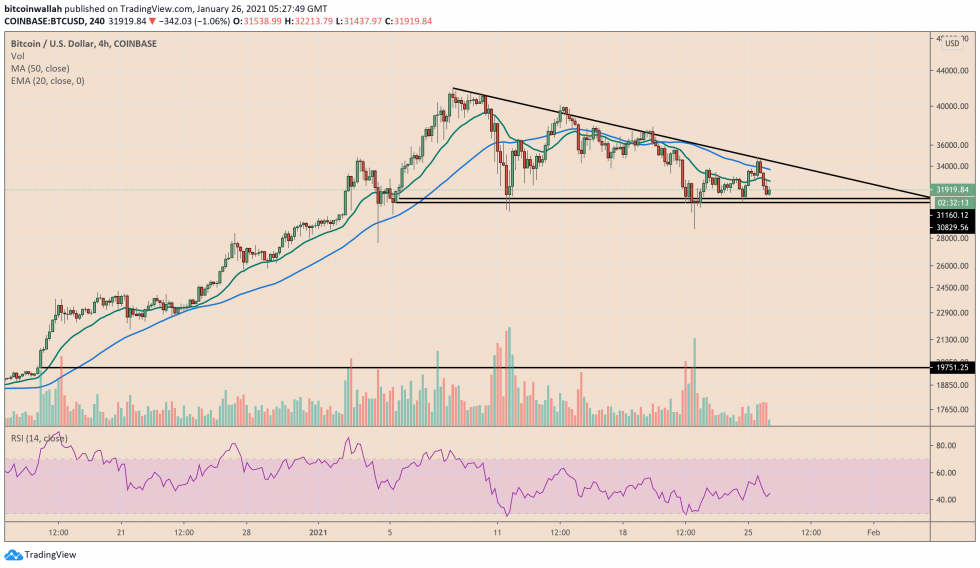 In retrospect, a Descending Triangle’s formation in an uptrend points to a reversal.

Most traders look to open a short position following a high-volumed breakdown from the pattern’s lower trendline support. Typically, the price target is as much as the Triangle’s maximum height. In Bitcoin’s case, it is more than $11,000 that puts the cryptocurrency at risk of slipping below $20,000.

Nevertheless, certain adjustments to the support trendline change the entire bearish setup by turning Descending Triangle into a Bull Pennant. 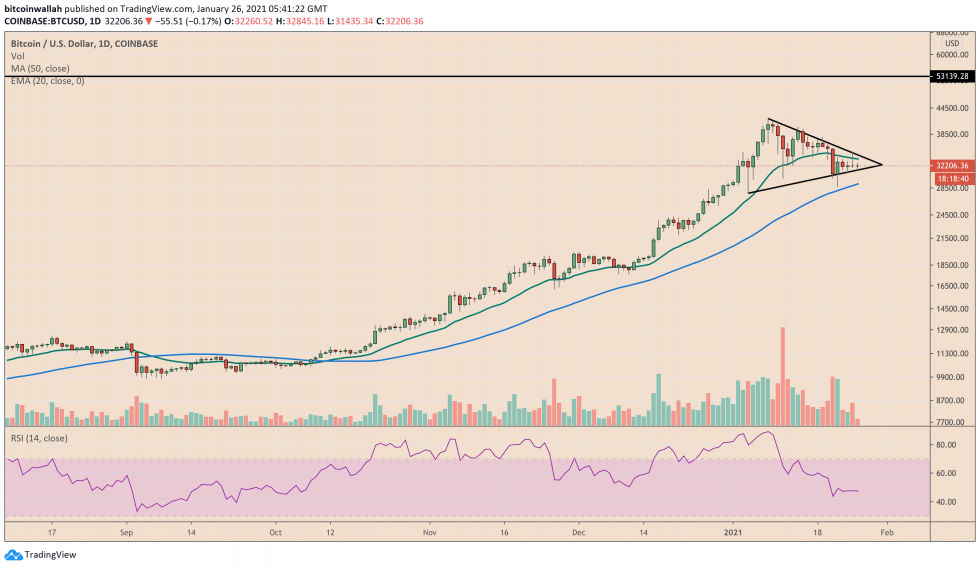 Bitcoin’s Bull Pennant setup expects the price to surge by another $20,000. Source: BTCUSD on TradingView.com

So it appears, Bitcoin has simultaneously formed lower highs alongside the higher lows, forming a Symmetrical Triangle in an uptrend. In retrospect, it is a bullish continuation pattern that could have traders open long positions following a high-volume breakout above the Triangle resistance trendline.

The Pennant’s upside target is as high as the flagpole formed before it (~$20,000). That puts Bitcoin en route to at least $50,000 should the bullish bias sustain.

Fundamentals that could trigger Bitcoin’s Bull Pennant include the US coronavirus stimulus, the Federal Reserve’s pro-inflation policies, and a bearish outlook for the US dollar. That has prompted many corporations and investors to seek hedge in Bitcoin due to its similarities with safe-haven gold.

“We’re talking about Bitcoin over the next three, five, ten years slowly inching away at gold’s market capitalization,” Vijay Ayyar, head of Asia Pacific with Singapore-based crypto exchange Luno, told Bloomberg Tuesday. “If that happens, you are way over $50,000.”