Bitcoin and the entire cryptocurrency market are caught within a bout of sideways trading at the present moment. It is important to note that altcoins are firmly following in the lead of BTC, and where they trend next may depend entirely on the benchmark cryptocurrency.

For Bitcoin’s mid-term outlook to remain firmly bullish, it is imperative that bulls either reverse its recent downtrend now or defend its $10,200 support and spark a reversal there.

One trader does believe that bulls may soon regain control over Bitcoin’s short-term outlook.

Last week, bulls attempted to reverse Bitcoin’s downtrend when they sent the cryptocurrency surging up to highs of $11,200.

BTC did face a rejection at this price level, which caused it to subsequently trade sideways for an extended period.

This consolidation ended up resulting in a sharp downwards movement. It ultimately plunged to lows of $10,400 before it was able to find any strong support. 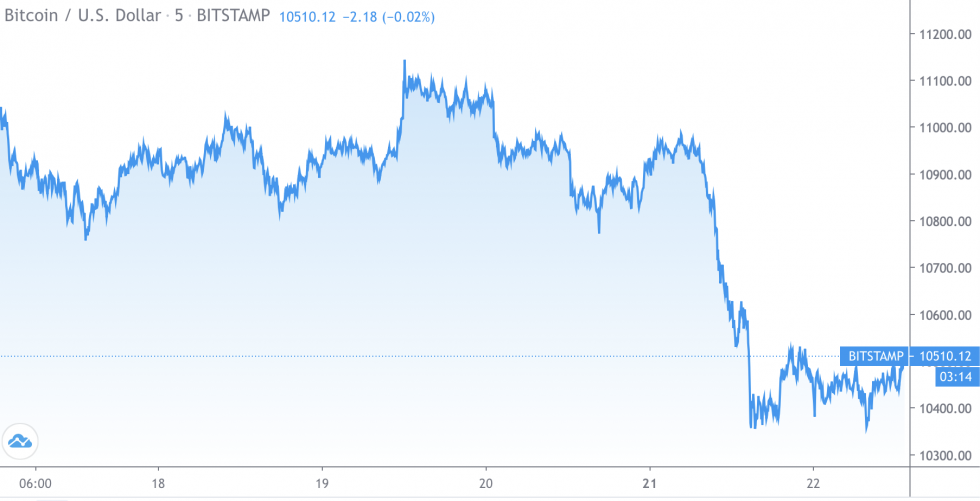 Now, Bitcoin is trading just a hair above these lows at its current price of $10,500.

While speaking about where he thinks Bitcoin may trend in the near-term, one prominent analyst explained that he is looking towards a relief rally that traps late shorts.

“BTC likely sees relief in the near future. Nice selling into the close of yesterday’s session. If you ask me, that looks like an optimal way to set up a trap for any systematic shorts that would get the green light at that point,” he explained.

If this does take place, bulls must surmount the lower-$11,000 region. Another rejection here would be grim for Bitcoin’s mid-term outlook.