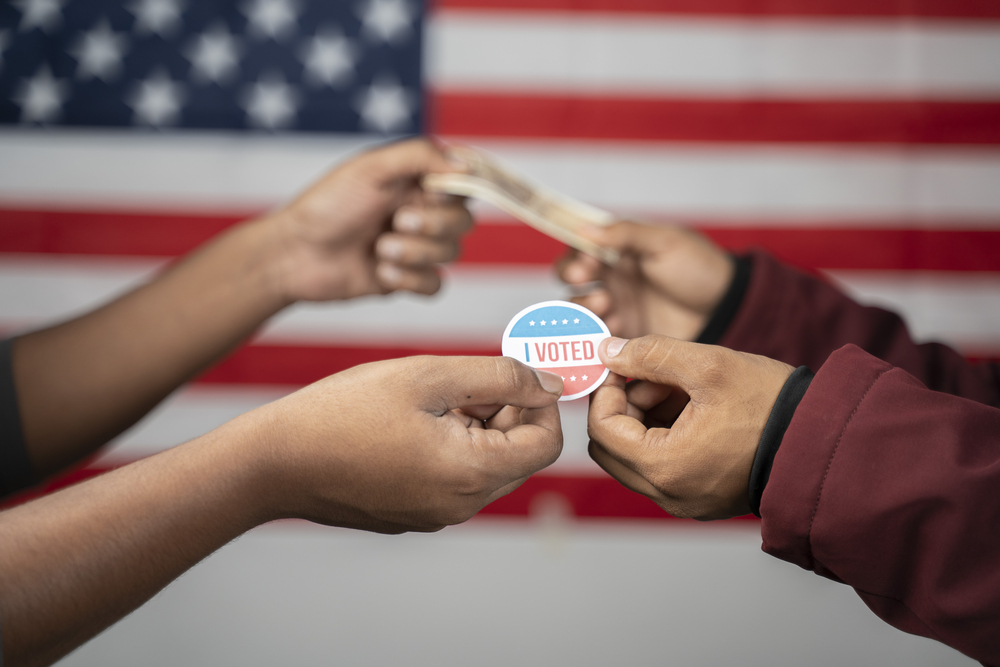 Bitcoin posted its best monthly gains since May 2019 in October 2020, breaking above $14,000 on the very last day to reclaim its three-year high.

But now, the cryptocurrency stands inside a technically overbought zone, expecting correction/consolidation to neutralize its bias.  The weekend trading session saw the Bitcoin price falling to as low as $13,630 (data from Coinbase). Meanwhile, entering the new weekly session has seen it recovering to as high as $13,840.

That shows uncertainty at the end of both bears and bulls. And likely so, Tuesday’s US presidential election day has everything to do with it.

A stimulus deal remains evasive unless there is a decisive electoral outcome. Last month, Donald Trump warned that he won’t accept a defeat from his contender Joe Biden on suspicion of vote fraud. But now, when a majority of polls are predicting a win for the Democratic nominee, traders expect a political drama.

The collateral damage an event of an indecisive US election is stimulus delay. The market is waiting for the second coronavirus relief package for months since the first aid has dried out completely. But it continues getting delayed as the Democrats and the Republicans negotiate its size.

If Trump contests the outcome in the Supreme Court, then the stimulus impasse could drag on and on.

Bitcoin traders will wait for “the Call” – a traditional when the losing presidential candidate calls the winning one to concede defeat. Without it, the market can tell that Trump is not ready to transfer his powers to Biden. The last time there was no ‘Call’ was in 2000 during the Bush/Gore election.

The S&P 500 had fallen by 5 percent during that period.

But it was a better time economically. The US government surplus was in positive territory. So a delay in the US election outcome couldn’t shock the market.

By contrast, the next election delay comes amid a global pandemic and a recession, unprecedented sovereign deficits, and deep partisan issues between the Democrats and the Republicans. In these times, the only safe-haven that investors could find ideal is the US dollar – historically.

It is a week of volatility for the world’s leading cryptocurrency.

Bitcoin could hold its technical support of $13,100 until the election night on expectations of a decisive win for either Biden or Trump. But if anything goes south, then investors could run for the US dollar. That would put negative pressure on Bitcoin, leading it below the $13,000-support altogether.

On Wednesday and Thursday, the Federal Reserve will conduct its monthly meeting. On Friday, the US Nonfarm Payrolls report for October from the US Labor Department will also go public. Both the events would bring a short-term outlook of the US economy amid a stimulus impasse.