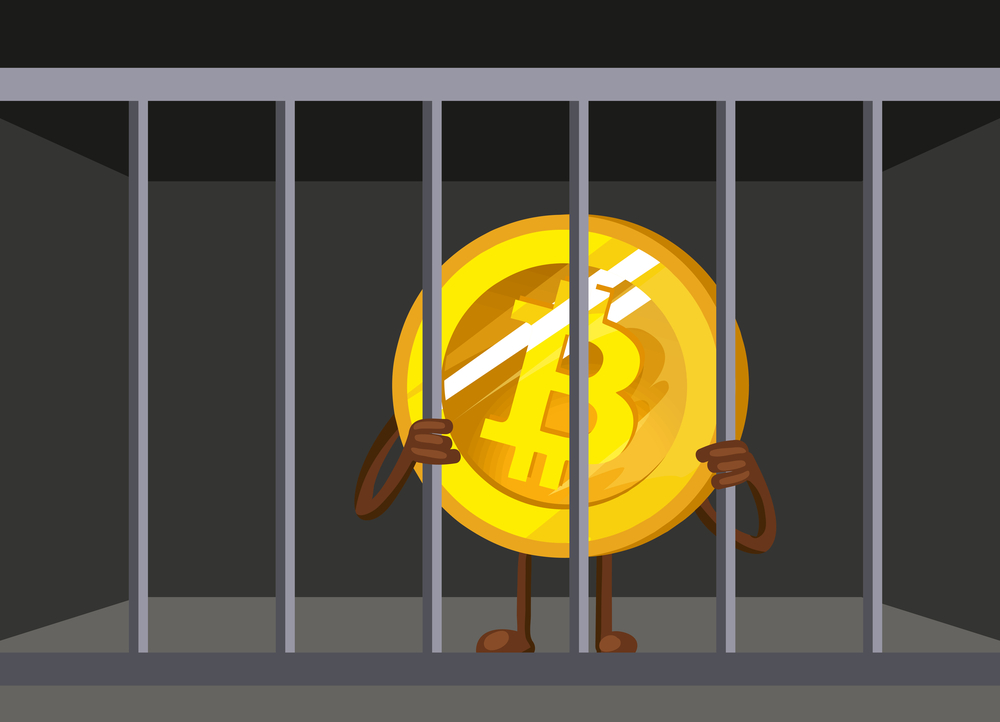 Bitcoin fell more than 0.5 percent on Monday after a rebound in US Treasury yields, and the US dollar index manipulated traders’ short-term appetite for the cryptocurrency.

The spot BTC/USD exchange rate was down 0.6 percent to $58,617.32 per unit at 0643 GMT. The pair’s decline surfaced as an extension to a sell-off that started after establishing an all-time high of $61,788 during the weekend session, almost double the year’s opening rate. Some traders decided to take profits, causing the bitcoin price to plunge to as low as $58,400 on Monday.

So it seems, a reversal in both the US dollar index and US yields took the shine off Bitcoin. The ticker DXY was up 0.16 percent to 91.84 on the day, while the yield on the 10-year US Treasury note surged to its 12-month high of 1.646 percent. It was 0.918 percent at the beginning of this year.

Neil Jones, head of FX sales at Mizuho, told Reuters that he thinks the dollar’s upbeat outlook is temporary, given the devaluation risks arising from the US government’s massive stimulus packages and the Federal Reserve’s expansionary tactics to support the US economy through quantitative easing.

“My personal view is that the dollar is not on a trajectory for a higher fundamental trend,” he added.

Riskier assets like bitcoin have emerged as winners against dovish policies.

Speculators see them as a safe-haven to bypass the inflation risks that may appear due to the Fed’s ultra-low lending rates and $120bn monthly asset purchase, alongside the US government’s latest stimulus package worth $1.9 trillion that expect to push US debt above an alarming $29 trillion.

Many corporates with larger amounts of cash reserves have already started diversifying their balance sheets to accommodate Bitcoin. They include Tesla, MicroStrategy, Square, Meitu, Seetee AS, and many others. Combined, these enterprises hold almost 6.5 percent of the total bitcoin active supply.

Speculators see the trend to continue in the coming sessions, with many anticipating that increased participation from traditional corporates and financial houses would boost the Bitcoin price to over $100,000.

Richard Byworth, chief executive officer of Diginex Ltd., a Nasdaq-listed digital asset financial services company, said the cryptocurrency’s limited supply of 21 million tokens makes it an attractive bet against the ongoing dollar devaluation. In an interview with Bloomberg, he said the BTC/USD exchange rate could easily rise to $175,000 by the end of 2021.

More clues on where Bitcoin goes next after crossing $61,000 can come from this week’s Federal Open Market Committee’s meeting. It remains a mystery whether the US central bank would adjust its monetary policy outlook as the US’s economic recovery accelerates amid vaccine rollouts and additional stimulus.

An upward revision in the Fed’s interest rate dot may prove bullish for the US dollar that expects to lower Bitcoin prices.

However, recent remarks from the Fed chairman Jerome Powell suggest that the central bank is in no rush to taper its dovish programs until they retain maximum employment. Therefore, it is more likely that the FOMC may pursue a wait-and-see approach for at least the first half of 2021.

Some limited headwinds to Bitcoin’s bullish bias may come from India. According to a Reuters report, Asia’s second-largest economy with the potential to become a solid crypto consumer market expects to criminalize the use and possession of Bitcoin. The report cites a senior government official.