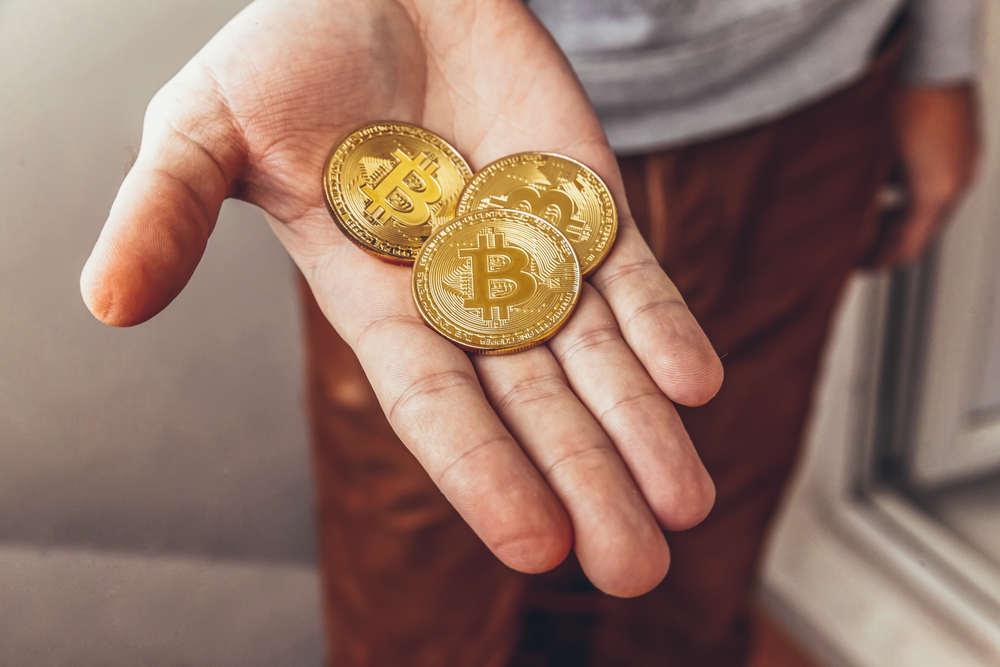 Bitcoin’s Wild Rally to $50,000 Turns Investors Away from Gold

Investors are cooling on gold as its digital rival Bitcoin takes the front seat in the race between the hottest hedging assets against inflation and fiat devaluation.

Data fetched by the Commodity Futures Trading Commission shows a decline in hedge fund interests in the precious metal as focus shifts on rising nominal yields and the prospects of a better-than-expected US economic recovery. It showed that the net long positions in Comex gold futures contracted by 1.7 percent to 134,733 in the week ending February 9.

Meanwhile, the data also revealed a drop in gold futures short positions by 2,191 contracts to 47,093. The survey period saw an uptick in the gold price as it attempted to push past its resistance level of $1,850 an ounce. Nevertheless, the market lacked enough upside momentum, which prompted the precious metal to correct lower in the afterward sessions.

Bitcoin fared better than the traditional safe-haven asset. The net long interest in the BTCUSD instrument surged to 28,666 on February 11 from 12,267 on January 27. Meanwhile, the short contracts for the same pair increased from 1,267 to 1,873 in the same period, according to DataMish.com.

The BTC/USD exchange rate spiked from $29,000 to as much as $48,912 amid hopes of booming institutional adoption led by Tesla’s $1.5bn investment and Mastercard and BNY Mellon’s announcement to launch crypto-enabled services later this year.

A report authored by Bloomberg Intelligence’s senior commodity strategist, Mike McGlone, claimed that investors turned a portion of their gold capital to speculate on Bitcoin, leading to a decline in demand for the precious metal and surge in the case of the benchmark cryptocurrency.

As evidence, Mr. McGlone provided two metrics: the Grayscale Bitcoin Trust and the gold-tracking exchange-traded funds. The former grew from 1 percent to 10 percent of $210 billion tracking-gold ETFs in 2020, pointing to a massive capital outflow from the precious metal market to the cryptocurrency.

“In a world going digital,” Mr. McGlone stated, “it’s logical to expect more funds to flow toward Bitcoin and away from precious metals.”

“Absent a major technology glitch, old-guard gold allocators are primarily at risk if the crypto becomes a reserve asset and Bitcoin as 1-5% of one’s investable assets becomes increasingly prudent,” he added.

According to Morgan Stanley, the gold price expects to go under $1,800 by the end of 2021. The bank said that the precious metal faces the prospects of a faster-than-expected US economic recovery and weaker inflation, which would reduce its demand against better bond yields.

“The price momentum is poor, which is to say that commodities that are falling often tend to keep falling,” said Andrew Sheets, Chief Cross-Asset Strategist for Morgan Stanley, in a report. “And current economic data, which is improving, has often meant gold underperforms other assets.”

Bitcoin faces similar risks as its price shoots past new record levels in a row. Many analysts believe that the cryptocurrency market has become overheated, which requires some intervention from bears—a 30-40 percent correction before it resumes its uptrend.

Nonetheless, investments from companies like Tesla and MicroStrategy at higher price levels have provided bitcoin psychological price floors above $30,000—still higher than its 2019 bubble peak of $20,000. That has led bulls to see the cryptocurrency at tropospheric levels like $60,000, $75,000, and even $100,000.