BlockChainGroup.io is a new company in the Bitcoin industry that looks to be taking on the difficult task of making blockchain analytics easier and providing more information. They have been coding from the ground up a new way to search and corollate the data the blockchain provides. The Bitcoin blockchain contains all the data of every transaction right from the genesis block. This data and the connections of transactions contain a wealth of data. While current block explorers provide plenty of data tracking transactions and correlating it, it can be a chore of using multiple sites and different types of searches.

BlockChainGroup.io is working on creating a site that will search the blockchain and make sense of the data all in one place. Analytics of blockchain data is becoming more and more something people are looking into using. BlockChainGroup gave us early access to the site for a tour of some of the services they are building. Bitcoinist was able to interview Shone Anstey, Founder & President from BlockChainGroup.io about the company’s background, its products and where they are going with them.

Tell us about BlockChainGroup.io, how it came to be? What are your goals?

BlockChainGroup.io has assembled a solid team to get this all off the ground with Shone Anstey and Marty Anstey — the two whom we have spoken with about the project. Shone and Marty both have extensive backgrounds in complex programming, data center management and in the Bitcoin mining industry, which gives them an excellent knowledge base and experience to draw from.  Also, they have Lance Morginn, Anthony Zelen, Steven Davis, Theo Sanidas, Juan Garavaglia and Michael Shevloff on the team. The team gives BlockChainGroup a well-rounded base from which to bring its services to market. 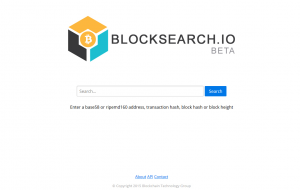 What are your backgrounds in Bitcoin and Crypto and what drew you to the industry?

Like many in the industry, we started Bitcoin mining first on CPU and later using video cards for both Bitcoin and Altcoin mining. Along the way, we have deployed mining pools for companies and have been commissioned to build out large-scale industrial BTC mines utilizing the latest ASIC miners.
Both Marty and myself have extensive data center backgrounds, and we have been involved with search engine technology development for over a decade, and so merging our passion for Blockchain and cryptocurrencies with our knowledge of search and analytics was a natural fit.

What are some of the key differences between your blockchain search engine and the competition?

We have developed our engine from the ground up writing 100% of the code ourselves. Using our analytics engine we have been able to come up with metrics, we can apply to human consumable forms, essentially offering raw data along with curated data. At the moment, we don’t want to disclose too much information before we release our API for public consumption, but more details will be released soon. 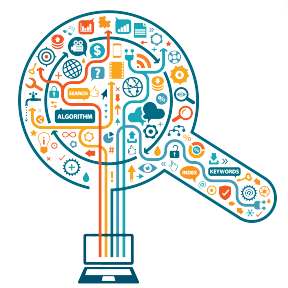 Can you expand on how you built it from the ground up as opposed to forking an existing engine? What advantages does that give you over the competition?

By developing the engine ourselves, we guaranteed our team developed full working knowledge of the Bitcoin inner workings and a low-level understanding of the Blockchain data. There’s an also big gain in terms of flexibility; the code is modular and extensible, and this allows us to easily and quickly adapt to future changes in the Blockchain as they arise. And because it’s well documented and very easy to understand, any new developers can get up to speed quickly.

Because our own team developed the code from scratch, we have a higher degree of confidence in the correctness of the code and the resulting data. Our team has put a tremendous amount of effort into testing and validating all of the code we’ve developed.

Perhaps most importantly the architecture was engineered from day one to be very scalable. The code is very efficient, so we gain a lot of performance without resorting to extremely high-end machines – but if needed we can increase capacity by simply adding additional servers anytime.

The Stress test that took Blockchain.info and some other engines offline did not affect Blockchain Group, why is that?

The way we have it architected our engine allows us to scale to handle load efficiently and ensure uptime. Additionally, our engine is designed to leverage our planned global network as it gets scaled out for even more improved reliability and deeper metrics. We are keenly awaiting future stress tests as we are confident our network can easily tolerate such events.

While talking to Shone about the uses for the analytics engine, he brought up some interesting potential uses as well as thoughts on the current block size debate and how it could affect the project.

What other areas do you see for your analytics engine?

Although our focus is on search technology and data analytics, we have a lot of previous experience and in-depth knowledge of industrial BTC mining and mining pools. Using our data analytics engine has allowed us to get some really great insight into bitcoin mining efficiencies and how it could be improved.

What did you think of the Blockchain size debate?

We were very interested to see how the community pulled together on it. Yes, there has been a lot of heated debates but at the end of the day it really showed how much passion, energy and drove the community has to make things successful. In terms of our how it applies to our technology, we feel as the Blockchain grows companies with the technology to search and effectively handle the data will become more valuable. Search and analytics are a core product that will always be required.

Internet search started out small, with several different companies from Alta-Vista to Google and Yahoo. With the feature-rich Beta, we have seen that BlockChainGroup.io aims to pioneer a new form of search and analytics of the Bitcoin blockchain. As the block size’s impending increase allows more data than ever into the blockchain, a robust solution is needed to search and analyze that data. Companies are beginning to see the different uses for the technology, as well as different needs that are developing in the industry. BCGio is one of those companies bringing a new product to market to fill some of the needs.

We will watch BlockChainGroup.io closely as its rolls updates and gets closer to fully launching. The potential for blockchain analytics is huge. Banks, Wall Street, and even governments are looking into the blockchain and its potential. Bitcoin and its blockchain are opening new doors for business startups. BCGio is stepping through one of those doors. Thank you, Shone and Marty, for allowing us a look at a bit of what is on the way out.

What things do you want to see in a Bitcoin blockchain search engine? Tell us below in the comments section.