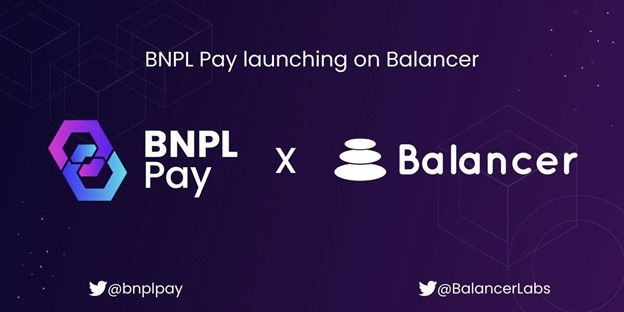 The DeFi space has grown exponentially during the past couple years. In 2019, the entire decentralized finance ecosystem had been valued at less than $500 million. In February 2020, the DeFi market reached the $1 billion mark.

Currently, the DeFi sector has reached nearly $100 billion according to available data. Even though there was a significant market correction during the summer months of this year, the Bitcoin (BTC) and Ethereum (ETH) dominated crypto markets have recovered and appear to be approaching all-time highs.

While Ethereum continues to dominate the DeFi space, as the vast majority of decentralized lending platforms are based on ETH, it’s worth noting that other blockchains or distributed ledger tech (DLT) networks are starting to capture significant market share. Some of the widely-adopted projects include Binance Smart Chain (BSC), Solana (SOL), and THORChain.

BNPL Pay Protocol is described as a decentralized lending protocol that allows clients to access funding through uncollateralized borrowing. The BNPL Pay Protocol is expected to carry out its token sale IDO via Balancer on September 16, 2021. Their initial sale took place on the Thorstarter launchpad and resulted in more than 800% oversubscription.

Liquidity Bootstrapping Pools (LBPs) on Balancer are essentially Smart Pools (also known as Configurable Rights Pools). As noted in the project’s documentation, a smart pool is described as a contract that controls a Balancer core pool, which contains the actual tokens and is used on the exchange.

Unlike an immutable shared pool, smart pool controllers are able to change the parameters of the pool, however, this may be done in a controlled manner. That’s why it is “less trustless” when compared to a shared pool, but does not need the complete trust of a private pool.

The main idea of an LBP is to offer a token with relatively low capital requirements, by establishing a two-token pool with a project as well as a collateral token.

The weights are, at first, set in favor of the project token, and then eventually “flipep” to favor the collateral coin when the sale is ending. The sale may be calibrated to keep the price “more or less steady (maximizing revenue), or declining to the desired minimum (e.g., the initial offering price),” according to the documentation prepared by the Balancer team.

It’s worth noting that BNPL is a unique idea that enables people with capital to start lending so that they can serve as a banking node. The BNPL protocol is based on a decentralized network of centralized banking nodes, which aim to serve consumers seeking affordable loans without having to offer any collateral.

The BNPL Pay protocol has been developed to address the common issues faced by more centralized banking services. The project will provide lending services to unbanked, underbanked or financially underserved consumers that don’t have the means to provide collateral for loans.

Although the BNPL Pay platform isn’t the first DeFi-related lending solution, they’re attempting to serve a consumer base that has been neglected by most of the well-known DeFi platforms like AAVE and Compound.

BNPL Pay will aim to take advantage of a highly competitive mechanism, which makes entities that establish banking nodes actively compete for capital from lenders and also for the loan fulfillment of platform borrowers.

The type of incentivization offered via the DAO (distributed autonomous organization) aims to make sure that banking node operators are properly rewarded with a certain percentage of interest accumulated within the pool. Meanwhile, the tokens staked might get slashed if there’s a loss of users’ funds or some other irregular activity.