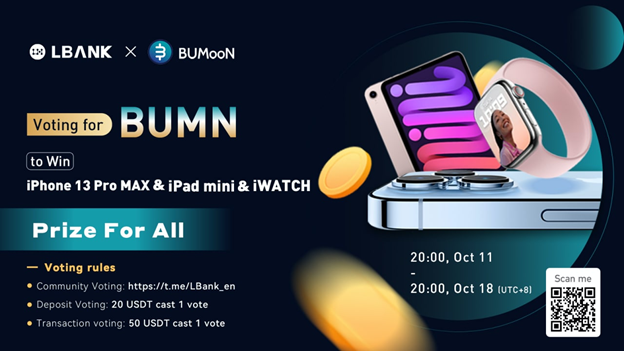 BUMooN.io, an Indonesian blockchain, IoT, and AI firm, works with Wastelab Indonesia and Sampangan.id to help address environmental issues in support of the government.

The cooperation of three environmental management and sustainability companies in response to the Minister of SOEs, Erick Thohir, challenged them to become one of Indonesia’s 50 top startups.

As stated by Happy Murdianto, co-founder of BUMooN.io, this cooperation will help manage trash mining. BUMooN.io will help the government keep the earth’s temperature rise no more than 1.5 degrees Celsius by 2030. Earlier, Finance Minister Sri Mulyani stated that reducing CO2 emissions would cost $364 billion. The financial gap brought in the proposal of a multi-stakeholder partnership.

BUMooN.io responds by combining donation and investment (“donvestment”). The business model is claimed to provide more excellent value in terms of economic income to members by focusing on real-world environmental issues.

BUMooN.io was created by Indonesian engineers, according to BUMooN.io CMO Happy Murdianto. They have achieved a crypto breakthrough with a simple concept that tackles global warming. Happy expects BUMooN’s “donvestment” business model to set a new trend following the UNFCC’s objective.

Happy added that by signing the agreement, both parties aim to contribute positively to Indonesia and develop the network with the Ministry of SOEs’ help.

“Global warming can pose a huge risk to the future. Are we ready to face an 18 percent decline of the global GDP if we fail to maintain the increasing global temperature below 1.5 degrees celsius in 2030?”

The Co-Founder of Sampangan.id, Muhammad Fauzal Rizki stated his party would transform all trash into goods with a market value. Sampangan.id has a Magic Box that can treat any trash without leaving residue.

The startup is all set to develop a Middleware for Energy-as-a-Service and Software-as-a-Service. It saves energy by becoming a legal corporation that offers services or serves as a mediator—for example, solar panels, trash recycling, and carbon trading. The startup has an Eco-living token, BUMooN.io, which is also part of the startup’s portfolio by taking advantage of renewable resources.

LBank has completed the listing process. And it is choosing another Exchange that will register according to the current plan or maybe faster. Certik has finished the audit procedure, and it is now allowed to go on to the next step. The BUMooN.io Bekasi Hub is being built and will be operational shortly.

The project is presently clearing land, building fencing, and relocating the Sampangan.id Hub from Bogor to Bekasi. The Garbage Mining method in each region is currently being developed and will be applied to the Boo!

Phase 1 of the Boo application is available in Beta. It’s ready for the Play Store but will be published with the iOS version in the AppStore. Apple is currently reviewing the iOS process. Boo! will be released concurrently and will take some time to debut.

The BUMooN.io token procedure as a reward for Solar Panel users is in the process of technical discussion between the system controlled by SolarKita.com and the BUMooN.io team. CARBooN is the process of gathering carbon footprint data with strategic partners and has been carried out together with partners.

BUMO²N is organizing another tree planting event for October and may invite BooMIES. AchivementMagz has recognized its marketing efforts as The Best Utility Eco-Token (Highly Recommended). It will continue to promote both internationally and locally to get greater exposure and attract investors.

BUMN— One Among Top 10 Voting Projects of LBank

LBank launched a poll from October 11 to October 18 in their official Telegram community (https://t.me/LBank_en).

LBank Exchange Will List Globiance Exchange Token (GBEX) on May 25, 2022