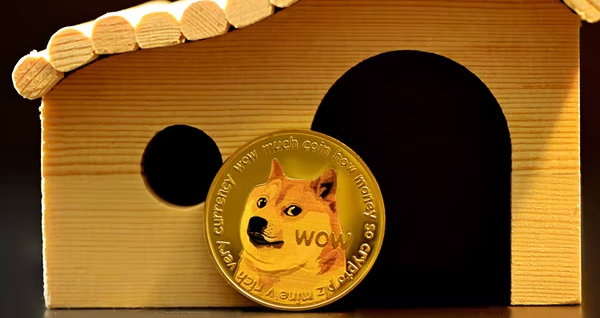 Can Dogecoin, Shiba Inu, and Kittynomica Dominate The Crypto Market?

It’s amazing how people quickly developed a strong passion for memes. The public enjoys collecting it because it resembles a bug. Memes today go beyond simple jokes. The financial and crypto markets are currently being influenced by memes, from meme stocks to meme currencies.

It is not for nothing that dogecoin, meme coin Lord, is among the big-ticket cryptocurrencies today based on its market value. DOGE could be sent to the moon, according to some pointers.

Where else could memes go, though, besides the moon?

Where can artists and crypto traders who want a chance to make or acquire memes achieve their desires, too? The solution is not too speculative; Kittynomica (KIN) is designed to take its users to the metaverse where memes could be created, stored, and minted as NFTs.

Shiba Inu (SHIB), Dogecoin (DOGE), and the newbie Kittynomica (KIN) have all shown to be stable meme projects that will shock the crypto market.

Now, let’s see what they have in stock for meme lovers.

To cater to a free and fun crypto market than the sedate Bitcoin community, Dogecoin was designed to be a lighthearted and casual coin. Notable personalities like Elon Musk and Mark Cuban, are prominent champions of the meme coin in both online and offline settings.

Since it can be used for purposes other than just a meme, the DOGE coin has gained popularity. Dogecoin is widely accepted by other people on well-known online platforms like Twitter and Reddit to tip forum members.

Shiba Inu (SHIB) is referred to as the “Dogecoin Killer”. The meme coin has a symbol of a Shiba Inu dog. This quickly attracted users after it was launched because of its attractive puppy symbol.

Shiba Inu has garnered huge crypto supporters and users that trust in Shiba Inu’s strong potential. Every meme initiative depends on its community, and SHIB has a thriving one.

The SHIB coin was published on several exchanges, including Coinbase, due to its popularity. An illustration depicting how a project’s community could factor in growth is the Shiba Inu meme coin. The Shiba Inu ecosystem is expanding quickly.

Kittynomica (KIN) is a revolutionary fresh meme coin initiative that intends to integrate the crypto sectors of meme coins, NFTs, and the Metaverse. The native token KIN, a utility token built on the BEP-20 of the Binance Smart Chain, is available for holders to trade their funds. Users of KIN would build memes and turn them into NFTs, which may eventually be traded and purchased on the Kittynomica NFT market.

Kittynomica, developed on the BNB Smart Chain, can support quick, affordable, and secure transactions. The KIT community and users of Kittynomica will have an upper hand in the project’s decision-making in the long run.   Also, holders will be able to stake KIT at will. Then, long-term holders will have the opportunity to earn more KIT tokens for supplying the system with liquidity.

A maximum of $1,000,000,000 KIN tokens will be available in the ecosystem. There is an extremely strong potential that the value of the token will rise significantly soon as the Kittynomica presale draws near.

KIT could be the best thing since sliced bread you have been anticipating! Watch out!