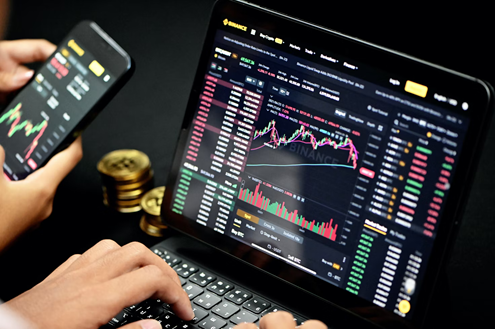 by Bitcoinist
in Press releases
20

What is a crypto exchange?

A cryptocurrency exchange represents the equivalent of a bank in the traditional financial system. Their role consists mostly in providing users with a platform on which they can exchange tokens easily. Crypto exchanges also monitor transactions happening within their network in order to detect and suspend any fraudulent activity.

In the world of cryptocurrency, we can differentiate between the so-called centralized exchanges such as Coinbase, Binance, or Kraken, and decentralized ones.

Centralized exchanges are referred to as such because they are managed by a major central institution – the company – which possesses the power to suspend any activity anytime, and usually holds the private keys to its users’ wallets.

Some users have therefore criticized centralized crypto exchanges, as personal and individual assets investors hold, are never actually “personal” or private but they belong to the exchange that controls wallet’s private key.

This mechanism created a paradox as cryptocurrencies are, by nature, supposed to be decentralized.

In order to address this problem, decentralized crypto exchanges such as Uniswap (UNI), PancakeSwap (CAKE), or SushiSwap (SUSHI) have been developed. These exchanges act as purely decentralized entities and allow their users to exchange (“swap”) tokens freely with no requirements to use their platform, as opposed to lengthy KYC (Know Your Customer) processes in place on centralized exchanges.

Decentralized exchanges monitor transactions happening throughout their platform, but their ability to suspend them is very limited.

Decentralized exchanges are often depicted as a double-edged sword as they increase freedom and inclusivity in the financial system, but also create an opportunity for illicit activities to emerge.

Following are some examples of the most popular decentralized exchanges today!

Mithril Finance (BARS) is the latest decentralized exchange project to hit the crypto-universe.

Mithril Finance plans on developing an exchange called MithrilFinanceSwap. This exchange will be multichain, meaning that it will be present on several blockchains at once – Ethereum has been confirmed but the other blockchains are yet to be announced by the Mithril Finance team.

This multichain presence will enable MithrilFinanceSwap to offer high transaction speed – around 50,000 transactions per second – for about $0.001 per transaction, one of the best prices on the market.

The Mithril Finance ecosystem will also feature staking and yield farming solutions, along with the ability for its users to increase their returns by creating yield-generating artifacts from mithril ore that can be mined in Mithril Finance’s mines.

Mithril Finance has the potential to rival established decentralized exchanges – The project will be launching in the last week of March 2022, it will be an interesting event to follow for any investor looking to make money passively!

Uniswap (UNI) is undoubtedly one of the leading decentralized cryptocurrency exchanges out there.

Uniswap focuses on decentralized finance (DeFi) tokens, which are not readily available to users on larger centralized exchanges, and allows its users to exchange these tokens quickly and cost-effectively.

Uniswap initially deployed on the Ethereum (ETH) blockchain and recently expanded on the Polygon (MATIC). Being the leading decentralized exchange on Ethereum, Uniswap is certainly destined to achieve big things on Polygon and the DeFi space in general.

If you are interested in Uniswap, you can invest in its native token, UNI, which will give you exposure to the evolution of the project. UNI is also a governance token which means that holding it gives you the ability to influence internal decisions that are made concerning Uniswap’s future developments!

Put simply, PancakeSwap is Uniswap’s alter ego on BNB’s Binance Smart Chain (BSC). This blockchain has become increasingly popular over recent months due to its low gas fees and lightning transaction speed compared to the Ethereum network. Now, BSC is one of the leading blockchains in the crypto space by volume.

PancakeSwap currently claims over 3 million users throughout February 2022 and more than $12 billion staked across its platform.

The platform also offers yield farming, trading competitions, and an NFT marketplace to its users, making it one of the most popular decentralized exchanges of the moment.