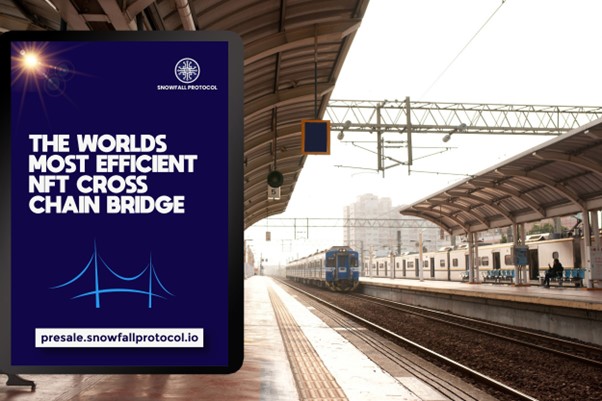 The crypto winter’s effects are slowly waning and cryptocurrencies are showing signs of recovery. However, new crypto launches, especially of tokens such as Snowfall Protocol (SNW), have been the talk of the market recently. While popular tokens such as Ripple (XRP) and Stellar (XLM) have shown some improvement, they are still far from providing investors what Snowfall Protocol (SNW) has achieved in less than 3 months. In this article, we will discuss the three tokens to help investors choose the best cryptocurrency to add to their portfolios.

According to Whale Alert, 1.3 billion Stellar (XLM), worth about $108 million, were sent from the Bittrex exchange to an unknown wallet. Curiously, this large Stellar (XLM) trade took place right in the middle of the International Economic Forum, which was taking place in Davos, Switzerland, at press time. Stellar Development Foundation, the parent organization behind Stellar (XLM), is well-represented across the forum, from humanitarian to blockchain-based panels.

The price of Stellar (XLM) broke into a downward cycle in the second week of January 2023. In mid-January, when Stellar’s (XLM) rate of expansion intensified, it hit a high of $0.090. The high price showed a possibility of higher prices in the near future for Stellar (XLM). However, the latest price chart has established a bearish divergence during the past 24 hours, which may indicate that Stellar’s (XLM) downward trend will persist. If that were to happen, Stellar (XLM) could soon move down to $0.084 in the next few days.

Snowfall Protocol (SNW) to surge by 1000% in February