The Coinbase app has been trending at #1 on the Apple app store, coming as Bitcoins price nears $10,000 just after the American Thanksgiving weekend.

Trending Searches are the most popular searches made in the Apple App Store and the data can be used to extrapolate what is on the minds of a broad range of Apple device users – no prizes for guessing, it’s Bitcoin, specifically Coinbase’s Bitcoin wallet app. With Bitcoin’s price pushing at $10,000, barely days after it passed $9,000, it would appear as though the Thanksgiving family chatter could have been dominated by talk of Bitcoin gains, followed by those wanting to get in on the lucrative asset eagerly searching their phone for the Coinbase app. 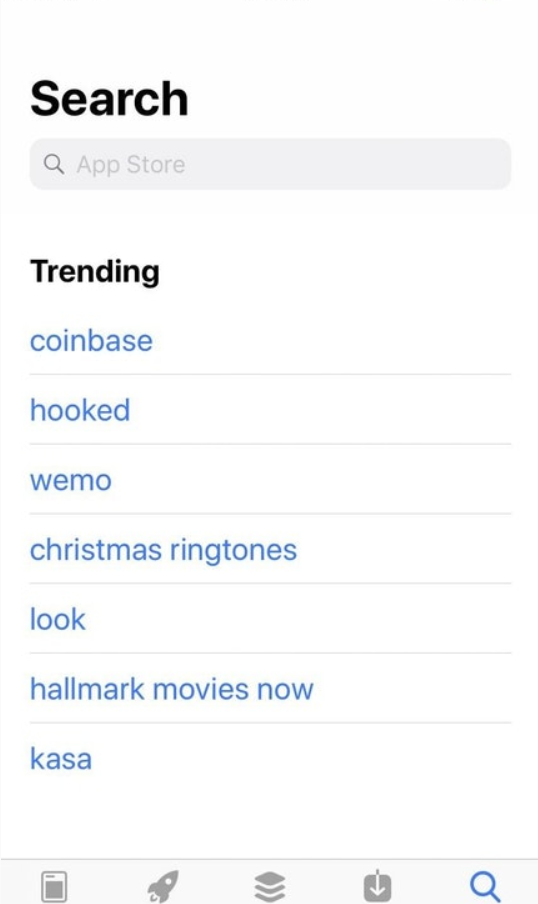 The app store trends search was introduced in 2014, working in a similar fashion to Twitter’s trends. It allows those searching the App Store to see what is currently “hot” without resorting to what have been surmised to be easily manipulable chart rankings. According to Techcrunch Apple have not specified how  ‘trending searches’ works, or how real-time it is, but it serves as a pretty good indicator of what is currently on users minds.

Other Areas Where Bitcoin Is Trending

Bitcoin also continues to trend on Google too, with many search terms classified as “breakout” in the Google trend analysis tool, which means a search term has risen by a large amount.  Examples of breakout searches related to Bitcoin include; Gemini, Bitcoin Fork and Bitconnect. The search term ‘How to buy bitcoin with credit card’ gets close to 10k searches a month on average and the number is rising. The chart pictured above represents results for “buy bitcoin”, demonstrating how these searches have increased over time. A 100 score indicates that searches are at an all-time peak.

Facebook also has a trending news sidebar helping its users to track the news stories being shared on the site. In the example below, Bitcoin is one of the three top stories. 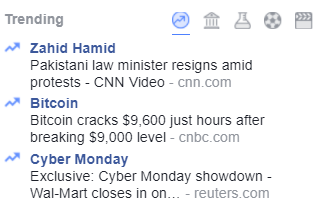 Coinbase is widely regarded as the entry point for Bitcoin investors, with its easy to use interface and ability to store purchased Bitcoins. The fact it is one of the more regulated Bitcoin fintech companies has allowed users a degree of peace of mind when purchasing and storing their coins.

Bitcoinist has recently covered Coinbase in regards to IRS interest in their customers, with their signups numbering in the 100,000 during 24 hours, plus covering how their data is integrated into Fidelity Investments and also the soon to be launched CME Bitcoin futures.

Are you a Coinbase user? Do you recommend their service to friends or family? Let us know in the comments below.