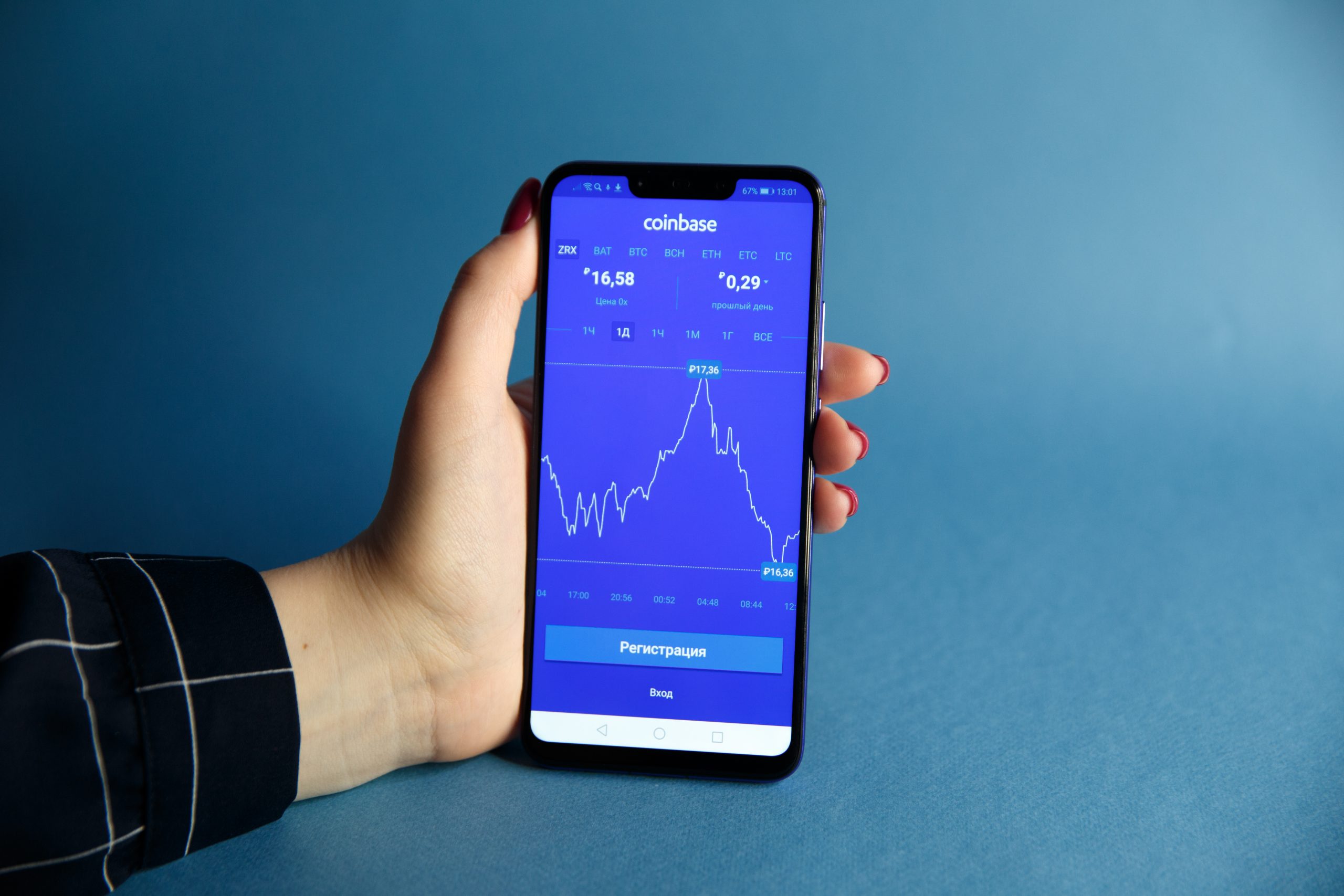 One of the hallmarks of the last Bitcoin bull run, was that popular San Francisco-based cryptocurrency app Coinbase topped the Apple App Store, helping to put crypto on the map. And after the recent Robinhood ordeal, a flight of retail investors from the reigning number one app onto the crypto platform has Coinbase back in the top five and climbing continuously higher.

After the leading cryptocurrency by market cap took out $20,000 a bull market was confirmed for Bitcoin, but after Ethereum’s new all-time high, another go for Chainlink, and now Dogecoin soaring, there’s a full blown cryptocurrency bull market underway.

One of the characteristics of the last cryptocurrency bull run, was crypto exchange app Coinbase reaching the top spot on Apple’s App Store for their flagship iPhone. Another was platforms struggling to keep up with new user registrations and demand. 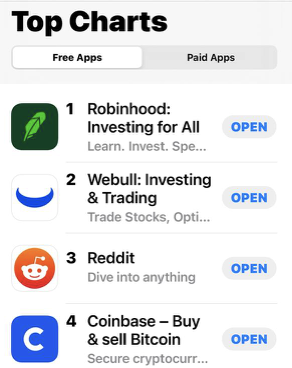 Most platforms offering exposure to cryptocurrencies have recently suffered outages, downtime, and eToro even had to restrict buying at one point because weekend volume was so high. And now, Coinbase is back clawing its way to the top of the charts once again.

But its not all due to the new bull market, there’s also a situation that’s been brewing on retail stock trading platform Robinhood that has prompted a mass exodus that is benefiting the familiar crypto brand.

A “tidal wave” of capital is said to be coming, and it could have started over the last few days thanks to a battle between Main Street and Wall Street that’s taking place across the internet. What began as an underdog story of small time investors saving a company they care about, has exploded into a fight for “fair markets.”

Robinhood halted trading on certain stock shares yesterday, causing many investors to rethink the brand. Robinhood also offers exposure to cryptocurrencies alongside stocks, but users of the service are unable to withdraw the assets, and thus, don’t technically own them.

That realization has prompted investors to ditch Robinhood and take their capital over to Coinbase. The outrage of the internet has also enlisted new, powerful voices to support Bitcoin and the “free market” cryptocurrencies create. Even Elon Musk joined in adding the Bitcoin hashtag to hits Twitter bio.

The tidal wave is here, but it’s only just the start.