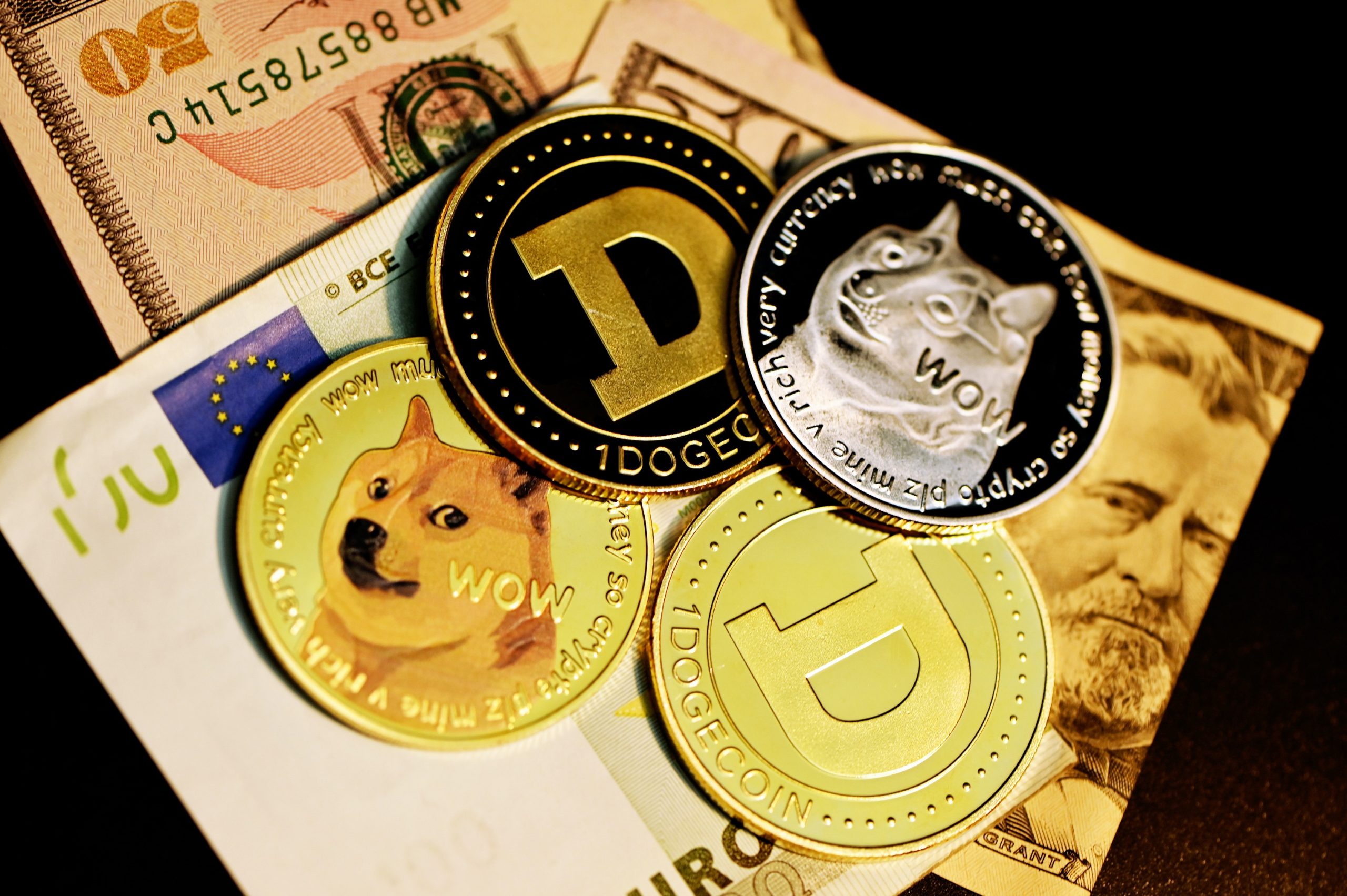 Dogecoin has made a massive 11% move up in the last 24 hours following Elon Musk’s latest tweet with a rocket emoji in it.

DOGE “father” Elon Musk made a tweet yesterday that had an ASCII figure with large ears, holding a rocket emoji in its hands.

Following the tweet, Dogecoin has jumped up over 11% in the past 24 hours, the most gain for any crypto in the top 10 market cap list.

Many of Elon Musk’s followers interpreted the tweet as being about DOGE due to the dog-like figure and the rocket that’s often associated with the memecoin.

As has been the case in the past, the SpaceX CEO’s tweet looks to have helped pump the coin. Some holders keep an eye on Musk’s twitter to watch out for movements like these, and buy more Dogecoin anticipating an increase.

Some other users pointed out, however, that the ASCII art actually looks more like a rabbit than a dog. Though that hasn’t stopped people from using it to hype up DOGE and other memecoins.

DOGE’s Recent Tumultuous Months And The Path To Recovery

The past few months haven’t been the best for Dogecoin as the crypto has observed many downward moves in the period.

Since the 0.349 peak in 16 August, the coin has lost more than 24% in value. Bitcoin and Ethereum, on the other hand, have made positive gains during this same period.

DOGE’s sister-coin, the Shiba Inu, has also made big moves up in that time. SHIB is up an extraordinary 335% in the last three months! The below chart shows this trend: 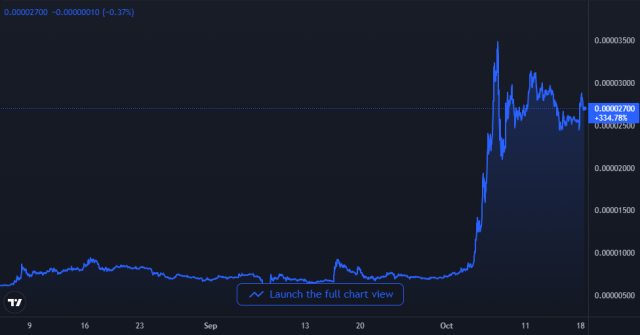 During these struggling months, Dogecoin also dropped to the last place in the top 10 cryptocurrencies by market volume.

However, the coin never dropped out of the list and has now recovered back to number 9 thanks to the recent movement up.

This 11% move due to Elon Musk’s tweet could help pave the path for more pumps in the near future by bringing in fresh interest and more momentum so that the memecoin can bounce back.

At the time of writing, Dogecoin’s price floats around $0.257, up 10% in the last seven days. Over the past month, the crypto has gained over 5% in value.

Here is a chart showing the trend in DOGE’s price over the last five days: 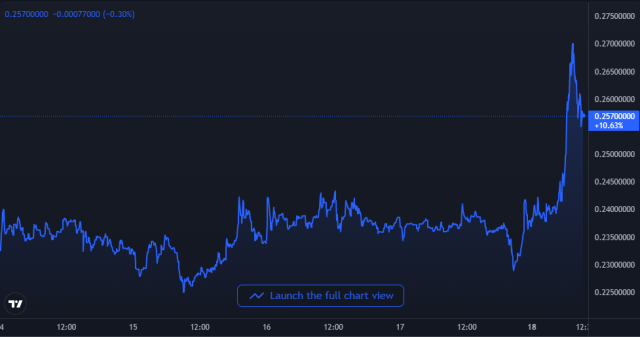