Dogecoin, Shiba Inu, and Big Eyes Coin: Here’s What To Expect From The Best Meme Coins On The Cryptocurrency Market

Memecoins are essential in the crypto world. They make the ecosystem fun, and they give people the chance to be part of a community. Many memecoins share similarities, but all memecoins are not the same. To make sense of the concept of memecoins, let’s look at three memecoins and how they work. 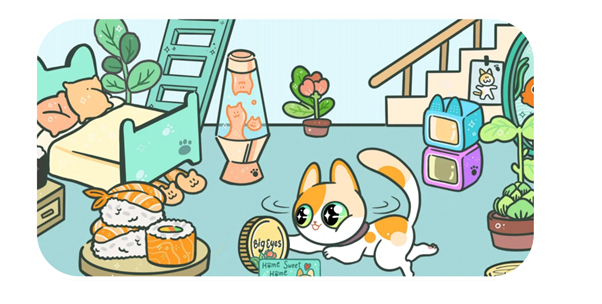 We can not talk about memecoins without referencing the first memecoin, Dogecoin. Dogecoin started as a joke in 2013. It copied the design of a token called Lucky token, which also copied Litecoin. Dogecoin was a meme that carried the image of a Shiba Inu dog with words written on it. The meme was used to make fun of Bitcoin.

Gradually, Dogecoin grew a large community of members. Then, one of its first use cases came—tipping and charity. The community planned on ways to donate the token to teams and projects. This use case remains. Recently, the co-founder of Dogecoin tweeted about how the best utility for Dogecoin is tipping. Companies like Gucci and Tesla are also accepting payments in Dogecoin. So, we can safely dub this coin a tipping cryptocurrency.

Shiba Inu is an ERC-20 token launched to compete against Dogecoin. The token carries the Shiba Inu dog breed as its mascot. It has written on its website and dubbed itself, the Dogecoin killer. It is one of many tokens using the Shiba Inu graphic and has challenged Dogecoin, the first memecoin. Can Shiba Inu outperform Dogecoin?

We can’t say. However, Shiba Inu rose ten times its token value in the hit of the 2021 bull run. It is also slowly deviating from the memecoin tag and leaning towards utility. Shiba Inu is built on the Ethereum blockchain, demonstrating that Shiba Inu works with smart contracts and is easily adaptable to a lot of applications. It is also a multi-token platform, supporting SHIB, LEASH, and BONE. There is also news of the metaverse platform that will be built on the ecosystem.

Until 2021, utility was not the major selling point for many cryptocurrencies. One thing drove sentiments and hype for cryptocurrencies, and that was community. The role of community in the web3 and crypto space can not be overestimated. Many crypto companies and projects now turn to community building as their primary growth strategy. Little wonders, we have community tokens.

The major difference between community tokens and other projects is that they focus solely on the community. A powerful community token is Big Eyes Coin. Big Eyes calls itself the crypto cathouse. It focuses on lovers and creating a crypto community for them, unlike before, where most animal-themed memecoins, Big Eyes Coin is changing the story.

Big Eyes Coin uses the cat and its love for fishes in the ocean as an analogy. They hammered on making the ocean safer so that cats could get fish. However, they indirectly imply how they will support charities to make the world a better place. Big Eyes have allocated a portion of its token supply for charity, and the second stage in its roadmap will be used for charity donations. Not long ago, Big Eyes gave away $1000 to Luna’s children.

The team is also making more exciting plans for the Big Eyes community. In its short term plans, Big Eyes will be listed on Uniswap. They will also be creating the NFT sushi crew, an NFT club. With this club, people can buy cute NFTs and many exciting projects. But, before joining the club, they will need to purchase an NFT pass. There will also be the Supurrr store. From this store, Big Eyes members can buy trendy swags, digital stickers, and merch.

Currently, the project is in the third stage of presales, and they have sold over $3.8 million worth of Big Eyes token. To learn more about Big Eyes, check the links below: