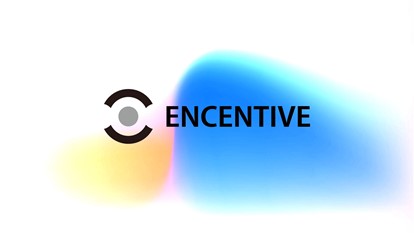 Encentive: Building of DEX Made Easy

by Bitcoinist
in Press releases
19

What Encentive is trying to do is making that process easier.

With the sharp increase of lock-up funds, the DeFi-Eco system is showing life in all fields. For example, dYdX-project in DEX.

In particular, with global regulation increasingly getting more stringent on traditional centralized exchanges, the vast majority of funds in the market are moving from CEX to DEX. Also, dYdX’s own trading and mining awards made it possible for dYdX prices to soar to a hight of $27.79. A massive increase of 600%.

The popularity of dYdX reminds people of FCoin, that hsd been very popular for a while. Impressed by the success of FCoin people decided to follow suit one after another and the concept of “digital currency exchange” emerged.

No need for technology development, you only need to share depth and liquidity with the top exchanges. In the minds of many people, the digital currency exchanges promise that anyone can open trade account. However, it has become a honey trap for scams and cons.

It is the centralized development environment that caused this situation.

In a centralized development environment,  average users can’t really tell the difference between a serious team behind a trade or a malicious scammers. It is impossible to tell whether a token is of real value, or just fiction.

Since then, with increasingly tightened global regulation and the rise of DeFi, the DEX concept is gradually replacing traditional centralized exchanges as the mainstream trend of the cryptocurrency world.

DEX is the better fit for digital currency exchange

There are a number of platforms dedicated to DEX for developers, such as Loopring, Zenlink, and Encentive.

Zenlink enables each parallel chain to quickly adapt DEX functionality and share liquidity with other parallel chains through a cross-chain DEX protocol.

Unlike the above-mentioned two possibilities, Encentive’s DEX development solution is much simpler.

It functions as an ecosystem dedicated to bridging the blockchain business model from Web2.0 to Web3.0, and build a free flow of assets from multiple perspectives.

On Encentive, it’s easy for developers to create a DEX.

Users on the other end only need to get the contracts to finish the job, including launching DEX because Encentive provides cross-chain burning, Staking, and many other audited contracts for DEX,.

Encentive V2 will offer the DEX launching function. Developers only need to insert the name of the new DEX, coin name, platform LOGO and the initial trading pairs contained in sequence according to Encentive’s prompts, and then provide initial liquidity to complete the creation of a DEX.

In this way, Encentive has remarkably reduced the time for DEX developing to less than 10 minutes.

We have enough reason to believe that in the future, the proportion of on-chain will be far greater than off-chain, and the trend of decentralization will sweep the whole cryptocurrency industry.

In an industry where the concept of decentralized finance is highly developed, especially in the decentralized exchange sector, a full range of different theories and schools has to exists. The niche will obviously be for unique, secure exchanges, and that is exactly what Encentive is doing and providing.