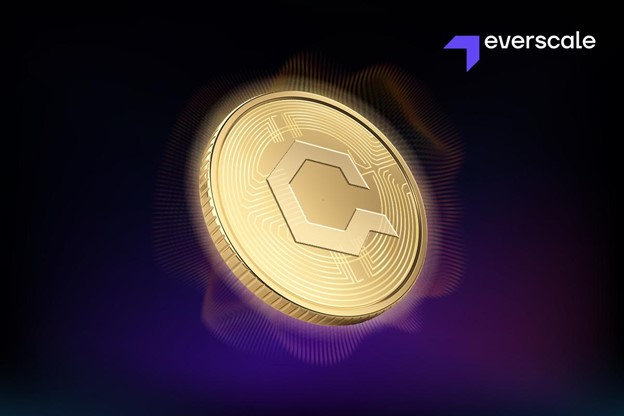 The Everscale network has increased its DeFi offerings with the launch of QUBE, a utility token for the FlatQube DEX. QUBE will serve as a means for FlatQube users to participate in the platform’s governance as well as provide multiple opportunities for users to earn and save.

Since the final quarter of last year, Everscale has been undergoing something of a renaissance, adding key new platforms and upgrading existing ones to fall in line with the network’s decentralized vision. Leading network developers Broxus have been instrumental to these changes, having recently introduced retooled versions of its constellation of Everscale products, including Octus Bridge, FlatQube and EVER Wallet.

The changes were spurred on by the Everscale network’s evolution. Originally launched a couple of years ago as FreeTON, the project has moved past its original technical framework which prompted its community-led rebranding as Everscale. The name was chosen to reflect the network’s limitless scaling capabilities.

Now, the network is introducing another DAO structure into its ecosystem via its Everstart launchpad. Everstart is a platform where approved projects can integrate into the Everscale ecosystem.

The dawn of QUBE

Thanks to the Everstart platform, the FlatQube DEX is now set to undergo a decentralization process of its own. The change is being made by introducing QUBE, a utility token for the DEX. By launching QUBE, FlatQube will be able to institute a DAO of its own wherein users can vote on proposals and submit their own by staking the utility token.

QUBE also opens a number of doors for regular users of the FlatQube DEX. Additionally, users who take part in these programs will be eligible for reduced fees on their transactions and operations on the DEX.

FlatQube’s transition to a DAO-governed DEX marks another milestone for the Everscale network as it seeks to further establish itself in the DeFi industry. As each platform unlocks its potential and more users are able to participate in and shape the way the network operates, Everscale’s unprecedented capabilities as a hub for finance done right, where the individual’s rights are paramount will come to the fore.

The launch of the QUBE token started exclusively for the Everscale community and enthusiasts in Korea, then subsequently has opened up to everyone that wants to participate. The launch has a soft cap and hard cap which will determine how the tokens are distributed, but even if the hard cap is surpassed, prospective holders can still acquire tokens via the launch. For full details on the launch of the QUBE token, visit the FlatQube DEX.

Everscale is a new and unique blockchain design that proposes a scalable decentralized world computer paired with a distributed operating system. Everscale is based on a platform called Ever OS, capable of processing millions of transactions per second, with Turing-complete smart contracts and decentralized user interfaces.

Everscale presents some new and unique properties, such as dynamic multithreading, soft majority consensus and distributed programming, which enable it to be scalable, fast and secure at the same time. It is governed by a decentralized community founded upon meritocratic principles via the Soft Majority Voting protocol.

Everscale has powerful developer tools, such as compilers for Solidity and C++, SDK and API, client libraries ported to more than 20 languages and platforms, a range of decentralized browsers and wallets empowering many applications in DeFi, NFT, tokenization and governance domains.