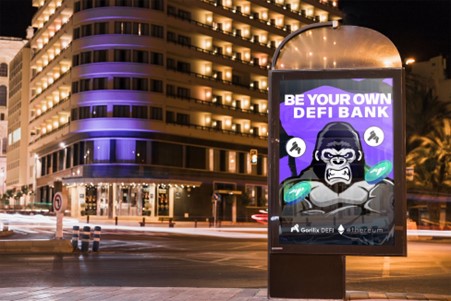 The start of August has been a success for Flow (FLOW), Seedify.fund (SFUND) and Gorilix (SILVA). Each token has received increased interest that has resulted in growth giving longstanding holders of the tokens increased return on their holdings.

Meta (formerly Facebook) announced on Thursday that Instagram would soon be launching an NFT feature in 100 different countries in Africa, Asia, The Middle East and The Americas. The feature will initially support Ethereum, Polygon and Flow NFTs.

The announcement was a game changer for Flow, causing the token to rally 50% in a matter of hours as investors flocked to the NFT-focused blockchain allowing it to regain a portion of the value lost over the past three months.

Seedify.fund (SFUND) is another token that has performed well recently, growing 59.6% this week. Seedify.Fund (SFUND) crypto primarily acts as a blockchain gaming incubator and launchpad, which enables developers and incubators to gain access to funding and partnership building to drive the future of gaming and blockchain. SFUND had been performing quite well over the past 30 days, but an announcement its stakers being eligible for the NFT Launchpad’s INOs. The boost from the announcement has taken the total growth for SFUND over the past 30 days to 149%.

Gorilix (SILVA) has also been on the receiving end of some good growth; over the past 30 days, the SILVA token has seen a growth of 97%, bringing its total growth from the presale launch to over 455%. Surprisingly, unlike FLOW and SFUND, there wasn’t a single significant announcement that led to the sustained growth for SILVA. Instead, it is primarily based on the general belief and feeling that the public hold toward the project. The project is being looked at as a potential game changer for decentralised finance. With Gorilix DeFi, the emphasis is being placed on taking control of your crypto portfolio and maximising the potential.

The SILVA token is the focal point for the Gorilix Defi and will be given to customers as a reward for saving, staking or lending tokens via the platform. SILVA will also be used to provide liquidity for the Gorilix exchange, a DEX that will support cross-chain swaps when it launches.