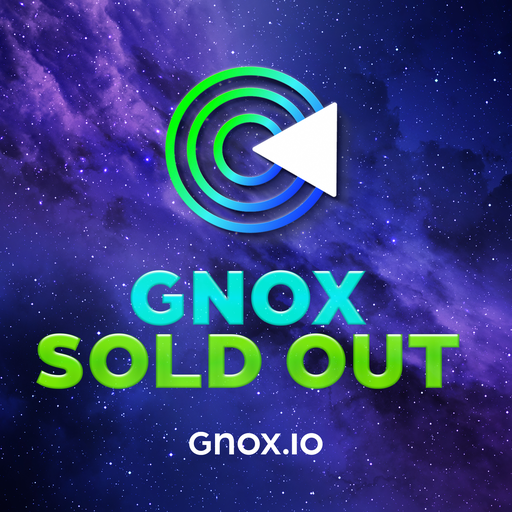 Gnox, a decentralized finance project that allows users to earn a passive income simply by buying and holding its token, has officially sold out its ICO. Its ICO was met with overwhelming demand, with investors eager to get their hands on the platform’s native token, GNOX.

The success of the Gnox ICO shows a bullish demand like Elrond and Aave. With its strong demand and promising roadmap, Gnox is poised to become a leading digital asset player.

Elrond’s EGLD has been increasing in value in recent weeks. Elrond’s EGLD increased by about 17% in July. The price of EGLD has risen recently.

Elrond entered the cryptocurrency market to compete with Ethereum. It is a blockchain protocol at the first layer. Elrond has established itself as a leading smart contracts network for dApps developers by promising a cheaper and faster environment. The Elrond network uses EGLD as its native token. The proof-of-stake (PoS) protocol is used by Elrond. Furthermore, it enables investors to stake their EGLD tokens.

The open-source DeFi protocol, AAVE, appears to be a hive of activity. The community agreed in July to launch GHO, its own stablecoin. AAVE has now proposed a new idea.

This time, the community has asked its voting and governance community to approve AAVE version 3 retroactive funding (V3).

The funding, according to the request, will be used to strengthen the Aave ecosystem and develop critical features for the AAVE V3. According to DeFi aggregator DeFillama data, the V3 has been performing well recently.

Gnox’s massive presale sell-out has piqued the interest of investors from all over the world. Gnox’s creative approach to integrating the crypto and fiat worlds while demonstrating the benefits and usability of the DeFi world to the general public has significantly increased the project’s buzz.

In exchange for the service, Gnox, one of the first reflecting tokens to use yield farming, gives $GNOX holders access to a portion of the higher return yields obtained by the Treasury from other protocols. Using Gnox to generate passive income is as simple as purchasing, holding, and receiving an automatic earnings return.

Gnox is introducing a low-touch approach to earning within DeFi. The GNOX token is a single investment vehicle that gives investors access to DeFi and the yields available within the sphere.