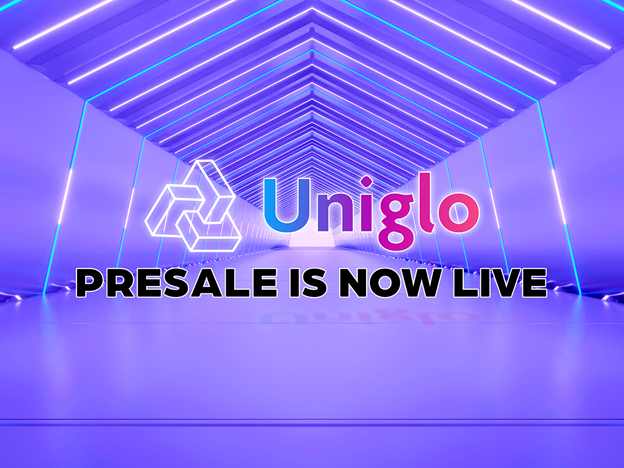 If you have been loyal to the big names of the cryptocurrency market, perhaps it is time to widen your horizon and get to know Uniglo.io (GLO).

Uniglo.io is a new decentralized finance (DeFi) solution that introduces a burn feature that is ground-breaking, bringing a hyper-deflationary model to the table.

This burn feature then complements the inherent price appreciation of the protocol’s GLO token, which, by the way, is already taking hold – the project commenced the first phase of its presale last 15th of July, and the price of GLO had already grown by a whopping 25% within its first week.

What is this special burn feature all about? Uniglo.io’s burn feature consists of two parts. First, the project implements a typical burn model that comes with every buy-and-sell transaction. Two percent of the trade is sent to an unusable wallet. Second, the protocol also introduces a new model called the Ultra-Burn Mechanism, which involves purchasing GLO tokens from the market and removing them from circulation forever. This dual-burn approach could give Uniglo.io a boost in its price, with scarce tokens potentially translating to benefits for loyal GLO token holders.

Compared to Uniglo.io, Ethereum investors have been experiencing losses over the last few months. Toward the final weeks of July, however, things were starting to look up for ETH traders, as the crypto recently broke past the $1,700 resistance mark. As things stand, ETH bulls have a long way to go to give Ethereum a major push upward without much resistance.

Avalanche recently had a 33% price surge in the price of its AVAX token. However, it is still not fully free from the bear’s grip. If AVAX investors cannot push past the resistance levels, new developments in EVM networks and DeFi such as Uniglo.io could easily edge it out of its current status in the market as the fastest smart contract platform. As such, developers at Avalanche continue to make the network more competitive.

The idiosyncratic approach of Uniglo.io to token burning could bring huge gains to those who invest in it early. At this rate, the new DeFi project could experience an exceptional price action that would rival big cryptos such as Ethereum and Avalanche.