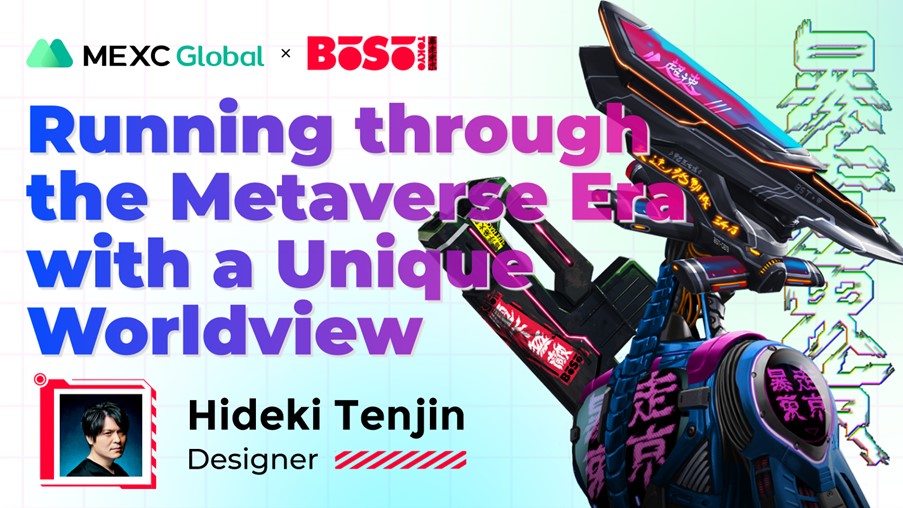 As with BTC tokens and other crypto assets, the artistic worldview based on NFT (Non-Fungible Tokens) technology is becoming popular around the world, and we are gradually seeing its use in niche areas such as the art field, PFP (profile picture), GameFi, and other fields that utilize crypto technology.

According to statistical data, the market capitalization of the NFT sector is currently $27.4 billion and has been increasing rapidly over the past two years. Along with the popularity of NFT, more and more artists are entering into the NFT field, including Beeple, Pak, Xcopy, and Mad Dog Jones. They are beginning to enter into the metaverse through NFT, a new era artistic expression to express cultural concepts and original ideas.

The Japanese animation industry occupies a pivotal position not only in Asia, but in the world as well, with total animation output reaching 375.1 billion yen in 2020 alone, accounting for about 0.6% of Japan’s GDP. Japanese anime culture is very compatible with NFT and complements the crypto asset market on the artistic side as more and more Asian artists are entering into the market, trying to bring their individual and team features to the metaverse.

Among these are well-known artists such as Takashi Murakami and Hideki Tenjin. Hidetaka Tenjin is currently involved in “BŌSŌ TOKYO,” a metaverse project that continues Japan’s unique biker gang culture and cyber-SF worldview, with the concept of riding a motorcycle in Web3’s cyber metaverse space in pursuit of freedom.

BŌSŌ TOKYO is co-operating with MEXC on collaborative events. We interviewed BŌSŌ TOKYO’s main artist, Hidetaka Tenjin, about his thoughts on new art forms and its NFTs.

1. What kind of story or theme do you want to describe in “BŌSŌ TOKYO”?

In the world of Japan’s unique BŌSŌ Zoku culture and cyber science fiction, we will seek freedom and ride on a motorcycle in a Web3 world free from various restrictions under the banner of “Densho Denshita Yuigadokuson,” running through metaverse space in any direction, and transmitting Japanese culture from Japan to the world.

2. Will this theme take place in GameFi or in the Metaverse? (In other words, will this be a metaverse project, a game project, or a simple cultural NFT?)

Our vision is an identity in a metaverse-based digital space, so we will go towards the metaverse first.

3. What efforts did the “BŌSŌ TOKYO” team make to successfully realize this project? For example, background on funding, background on the team including Mr. Tenjin?

What we tried to do was not to compromise.

From illustrations, 3D models, making combination rules, development, web, video, and SNS, we repeatedly create and destroy without compromise to maintain the quality of the brand. This takes a lot of energy and time, but I believe that BŌSŌ TOKYO has become what you expect it to be today because all of our professional members work together to maintain quality.

4. How do you think NFT will affect the current art industry? Or, are there many artists that you know of who are interested in NFT?

In recent years, most of the artists, especially those in the field called painters, are using digital art materials.

The extent to which the term “art” is included in the definition of the word depends largely on individual judgment, but my perspective is that it can move people and move their hearts. Digital art is much easier to draw than analog art materials, but in terms of moving people’s hearts and minds, I believe that the world will come to a point where analog and digital art will be no different.

There are many people who are interested in NFT. However, many are still skeptical about how to interact with it, perhaps similar to the situation when social networking services (SNS) first appeared and were not yet called so.

5. For Mr. Tenjin, is creating NFT a new artistic endeavor? And have you tried a lot of efforts to realize your ideas in this NFT field?

I challenge myself to do things that can only be done digitally. I try to think about the advantages of time, space, color, sound, and the number of tasks, and I try every day to see if I can create some new methodology.

I would rather utilize the word “BŌSŌ ” as a key to this project rather than “BŌSŌ Zoku. I think the thought of ZOKU is a very difficult and interesting act of breaking out of a situation in this country of Japan with its strict rules. If that is the case, I intend to participate in this project in search of the power to break through and break through the stagnant situation in Japan.

7. Many people, like myself, may have met Tenjin-sensei through his works such as the “Macross” and “Gundam” series. What kind of inspiration do you draw from when creating those works?

When I participate in animations and products, I take inspiration from backgrounds, dramas, and other real events in the world to make them really feel real, since what I draw is fiction. We don’t make animation by watching cartoons.

8. Apart from drawing, you have also worked as a voice actor for such works as “JIKU-BOKENTAI~Zentorix” and “GARO – Guren no Tsuki”. Is that a second career for you, Tenjin-sensei, or a hobby of your own? And which do you prefer, working as a voice actor or drawing pictures? I would like to ask you why you chose that work.

It is wrong that many people try to judge people by their professional name. It is a very uniform way of thinking and I must say that it is outdated in the web3 era.

I entered a training school for actors in my early 20s, and from there I have had the same career as in painting. I also still attend workshops and have never missed studying vocalization and acting.

In fact, as I get older, I have come to understand that the study of acting is the study of human beings and the basic skill of communicating something to another person. This is a skill that can be used not only in words, but also in drawing, directing, and designing as well. As I studied acting more and more, I became able to get closer to the heart of the viewer through my paintings. I feel that all techniques are integrated, so I don’t think of them as separate professions.

9. Mr. Tenjin has created many works with mechanical themes, such as “Knights & Magic.” Unlike “humans,” robots are made of “cold” metal, so how do you give them personality and emotion when designing their mechanics?

This is a phenomenon that many people have, but all metals and resins are also made of natural products generated from things found on this earth. No matter if it is mechanical, there is heart and warmth in it. I am sure I will be treated like a freak for saying this, but in other words, there is not much difference between mechas and living things. The process is just a little different. If you build a wall saying that they are different, you will not be able to draw them.

10. Are there any illustrators, mechanical designers, or animators that you like? Can you tell us why?

There are many, many.

As for mechanical designers, Shoji Kawamori, Kazutaka Miyatake, Yutaka Izubuchi, Takayuki Yanase, Kanetake Ebikawa, Kimitoshi Yamane… I can list them like this at once. Animators include Shingo Araki, Atsushi Park, Ohbari, Rihiro Yamane, and Yoshiyuki Takani.

11. Japanese manga has had a huge impact on the world. Manga such as Kimetsu-no-Yaiba, Shingeki no Kyojin, and Jojo’s Bizarre Adventure have become very successful cultural exports to other countries. For example, Japanese manga are overwhelmingly popular at the annual Lucca Comics & Games manga festival in Italy. So, can NFT today express the same kind of propagation power of Japanese manga?

I think it is up to the providers.

I am often invited to attend conventions overseas, and I have witnessed the power of Japanese content. Japanese society has been doing business based on the premise that it is good to follow the rules. However, I believe that it is up to us to expand our business based on effective blockchain to foreign countries that are going beyond the rules. If you are a content owner or a group of content owners, you need to understand the concept of Web 3.0 and have the ability to act quickly. When this is achieved, Japan will be one of the groups that can best demonstrate its existing content power.

BŌSŌ TOKYO is a Tokyo-based NFT project that defines an identity brand in the metaverse designed by renowned Japanese illustrator Hideki Tenjin. Unlike NFT, which is inspired by iconic Japanese anime and video games, BŌSŌ TOKYO presents a completely original collection.

Established in April 2018, MEXC Global is a digital asset trading platform with over 7 million users, which offers users one-stop services, including spot, margin, leveraged ETFs, derivatives trading, NFT Index and staking services. The core members of the team come from international enterprises and financial companies and have experience in blockchain and financial industries.