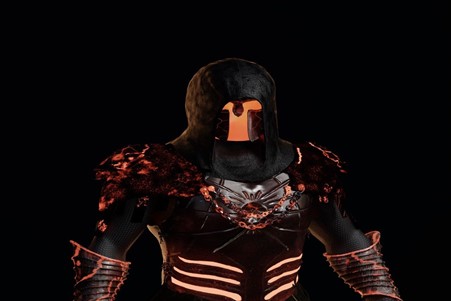 by Bitcoinist
in Press releases
21

The city of Sparta from Laconia in Ancient Greece is coming to the Metaverse and you get to be one of the 8,888 Spartan warriors who will battle it out in a community-led, play to earn cross-blockchain format interactive game, that consists of a high quality 3D collection of NFTs built on the Solana blockchain. The project is backed by a fully doxxed team who aim to build a PvP strategy game experience, that will incentivise the Spartans to form alliances, strategise & conquer provinces, whilst being rewarded via the carefully crafted play-to-earn tokenomics.

The expertly curated NFT collection consists of 60+ traits which have been professionally designed with precision by a world renowned AR/VR gaming agency who’s previous clients include Facebook & Google. The collection is randomly generated using a combination of attributes, each with varying rarities which directly correlate to in-game perks attributed to your Spartan warrior & future army. There will be exclusive 1:1 rare items that include special armours, weapons, skins and rare Gods that will be included in the collection – minting these attributes will grant you and your future army great advantage! 1,000 lucky members will have access to the projects pre-sale which will allow you to join the spartan army for a reduced price. You can apply to claim your pre-sale slot by entering their giveaways, competitions, or via our raffle.

In addition to bringing a best in class P2E strategy game to Solana, the team are also focused on building a tight-knit community of like-minded individuals who share a love for ancient Spartan culture, Lores, and most of all – a passion for the NFT space. To foster this, there will be royalties that go to the community treasury for their soon to be infamous Spartan Raids – where they will raid other blue chip NFT project mints & air drop the spoils of war directly to holders! This is in addition to Spartan collectible airdrops, floor burns, lotteries & project development. Lastly, NFT holders will also have benefits like exclusive giveaways, planned experiences and early access to all future ventures that the team are currently pursuing. The team will also reserve 1% of the mint proceeds to be given out to various charities that will be chosen by the Spartan Community.

Once the Spartans have claimed victory over the Solana ecosystem their sights will be set on the inter-blockchain war to come. The team will be minting another unique army on ethereum – the Spartans’ sworn enemy. There will then be subsequent competitions & battles held between the two blockchains. The two collections will then become interoperable via wormhole integration, meaning users will be able to bridge their assets across both chains, creating fluid liquidity.

Phase 3 of the project is solely focused on continuing development on the revolutionary strategy based P2E/PvP game. Providing a high-quality gaming experience whilst also supporting the player ecosystem via a carefully crafted tokenomic framework. In this arena, players will utilise tactics and co-operation to command their army to victory in real time. NFTs will act as your army commander, and be used to rule a province whilst competing against other players. Players will have the ability to join forces through multiplayer Decentralised Autonomou Kingdoms (DAK) to build the ultimate army, whilst making friends along the way. The in-game currency $DRACHMA will be allocated during private and public sale, this governance token can also be earned while playing the game and can be used to buy and sell items in the in-game marketplace.

Come experience the Spartan life in the multiverse and join the army at the House of Sparta! The project’s aim is to build the strongest army in the metaverse and, like the Spartans of ancient Greece, become part of a formidable legion in the NFT world and a force to be reckoned with in the metaverse.

The whitelisting begins December 19th 2021. Make sure to follow us on our social media pages and join our discord to stay up to date on the latest plunders of the Spartan Army – Like the latest Alliance formed between House of Sparta and one of the biggest SOL NFT Projects…Sollamas! It’s possible you may see a llama on the battlefield in-game!

Like the latest  For a chance to win a highly sought after spot on the WL make sure you enter the raffle below.