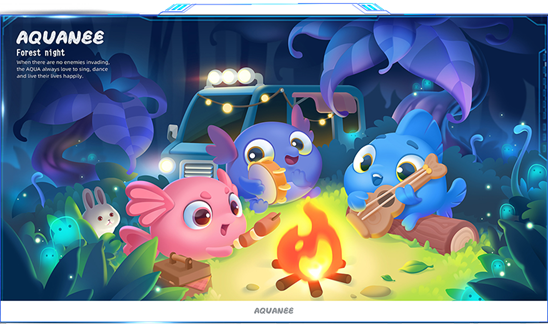 The success of the Play to Earn game has caught the eye of users in the gaming and crypto industries, and the combination of crypto and gaming has given individuals the opportunity to generate passive income while having fun with the game. However, the development of blockchain tourism projects is still not mature. The biggest drawback is that the vast majority of current games have monotonous gameplay, rough graphics and are actually seen as mining projects, which is regarded as mining projects instead of true blockchain games. 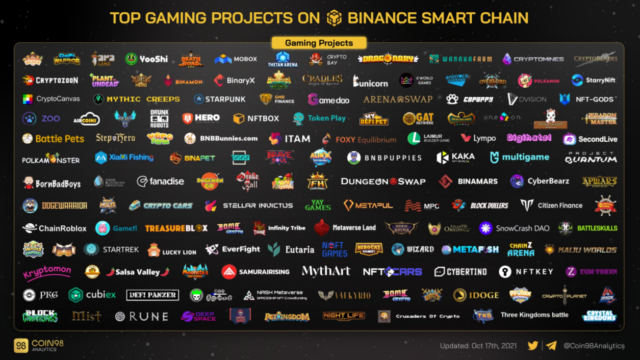 But the existence of this problem also provides a great opportunity for latecomers. Currently, the most common blockchain games are turn-based mini-games or card games, but other games with more sophisticated and diverse gameplay will migrate to blockchain. Many traditional game giants are also paying attention to the blockchain industry.

Recently, a good blockchain game project aroused the author’s keen interest. AQUANEE is a real-time combat strategy game set in the sea world. Any player can incubate and cultivate their pet AQUA, obtain survival resources by completing missions and fighting in the game world, and build their own kingdom by collecting and developing more resources. And in the course of the game, users through skilled game skills and contributions to the ecology can win token incentive. The advantages of this game are listed below.

With the explosion of Gamefi, a number of blockchain-based games emerged in the second half of the year, but of different quality. Many games are cheap knockoffs with short development cycles and poor production that only attract users with a high rate of return on early engagement. When the economic model fails to hold, the entire game world collapses.

Compared to many blockchain games of varying quality, the AQUANEE development team has invested a lot of time and money, and started working quietly long before gamefi was hyped by the market, so the game has a great degree of completeness right after launch. 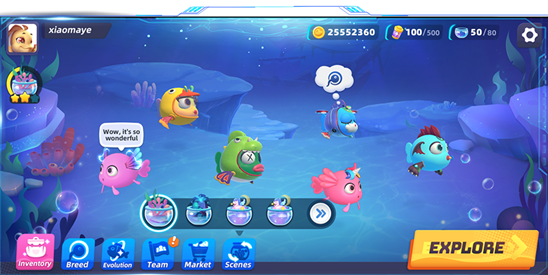 First of all, in order to ensure that the game brings players an excellent game look and feel. The development team spared no expense to use Unity3D modeling to ensure the beauty and precision of the picture, so that each AQUA is lifelike. At the same time, the game mechanics have been rigorously numerical and playtested. The beta version that will be released now is actually a mature game with an improved gaming experience.

In terms of game experience, the development of the game is mainly promoted by exploring the system. The game unfolds through the exploration system, where players can trigger major PVE or PVP battles, as well as can get in-game token rewards directly and trigger boss battles, where victories are rewarded with high-value items. In player battles, in addition to confrontation and single-player story modes, there are team battles, tournaments, and guild wars. There will be special missions where players must team up with other players to fight powerful NPC. 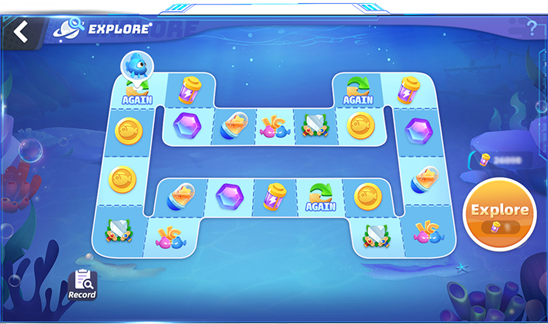 AQUANEE is a game where players can explore the world on their own or in teams, fight each other in tournaments in different seasons, or join a guild to adventure together. In addition to fighting, the game has a variety of ways to play, such as territory management and random exploration events, all of which give the game a foundation for staying power.

The technical limitations of Ethereum (ETH) and high GAS fees make it difficult to meet the needs of large games, so many solutions have emerged, such as WAX, a public chain protocol focused on providing services for NFT and P2E games, and ImmutableX, an NFT Layer 2 solution protocol, which all have received considerable market attention.

In order to better attract mainstream users, AQUANEE will be launched in Ethereum (ETH) firstly and gradually migrated to its own public chain aftermarket validation. At the same time, AQUANEE is also equipped with its own supporting tools such as DEX and wallet, which provide great protection in the benign operation of the economic model and the circulation and security of user assets.

In order to run a successful chain game sustainably in the long term, it is necessary to think from multiple dimensions to build a complete ecology to reduce the threshold of users, and combine the operation planning of the game with rapid iteration to meet the growing different needs of users.

AQUANEE is a great example of games combined with blockchain technology. In addition to ensuring the quality and playability of the game, the experience differences brought to users by the migration chain are also taken into account. Through the improvement of infrastructure to meet the various needs of users. With such a strong background of the team, we have great expectations for the subsequent iterations of the game and business planning. We firmly believe that such a unique, well-crafted chain game has the opportunity to stand out in the fierce competition of multiple games.