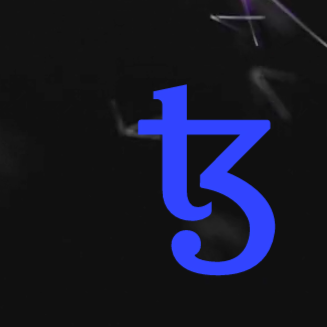 How Tezos Biggest NFT Marketplace Came Back To Life

Tezos is one of a number of growing blockchains that is looking to gain a foothold in the NFT space, and has plenty of core competencies to do so. In last weekend’s ‘NFTs In A Nutshell,’ we briefly covered the shutdown of HicEtNunc, commonly known as HEN. The platform was widely utilized as the leading Tezos marketplace, and to say it’s shutdown was abrupt would likely be an understatement.

This week, members of the Tezos community came together, spearheaded by the folks over at DNS, to revive the HEN platform.

In a rapidly growing landscape, HEN had built it’s position as the Tezos NFT leader, rising to the 4th most active NFT platform across all blockchains, according to DNS. The platform was frequently the most active app running on Tezos.

HEN’s founder, Rafael Lima, had reportedly stepped away from the project after it’s creation in March 2021. The project’s Twitter bio was left to simply say “discontinued.” The last tweet from the account was the project’s smart contract address. Many users believed that HEN was halfway in the grave, but avid community members stepped up.

The team at DNS, along with a well-assembled and equipped team, swiftly got into action. DNS has since released a series of tweets outlining the steps taken to bring HEN back to life, reviving the platform for what many are now calling HEN2.0. DNS also released a deeper dive in the process through their blog.

The team provided real-time updates via Twitter Spaces, and is still in the process of shifting HEN to being a community-driven DAO. Although many mirrors were quickly established, the widely accepted new domain might look familiar – https://hicetnunc.art/.

Where We Go From Here

The recovery team has described this as “one of the largest #web3 coordinated recovery efforts.” DNS worked with Pinata to complete a full migration of HEN NFTs. This was possible solely out of the fact that blockchain technology exists, as a migration like this with a centralized platform would likely be impossible. Additionally, this preserved the lifeblood of the platform: the art that was living on it. It wasn’t easy, and the process ended up exposing a number of different vulnerabilities in the contract.

While community members continue to work towards establishing the DAO, TezTools has taken over main responsibilities of the platform’s smart contract. Additionally, Lima reduced the platform fee to it’s minimum possible at 1%.

Nonetheless, heated debates continue on in the Tezos community, through Discord, Twitter, and the HEN community site, about what the future holds for the platform.